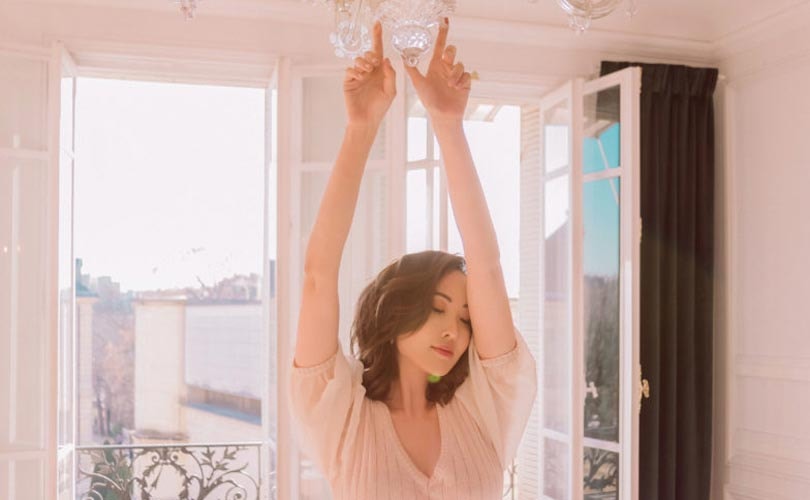 Influencer Chriselle Lim is more than just a fashionable face on social media. The designer has turned her following into an apparel brand business, Chriselle Lim collection, that launched last September at Nordstrom. The collection was made available at 40 Nordstrom points of sale in addition to nordstrom.com. Now, the super influencer will be adding Bloomingdale's and ShopBop as retail partners come March 21. The news was first reported by WWD.

“[Nordstrom is] one of the best retailers out there, but I felt like I was ready to expand the collection and to get it into more hands,” said Lim to WWD. “Nordstrom isn’t everywhere — they’re not in New York. I have a ton of New York followers that have been asking and dying for [the collection], so Bloomingdale’s felt like the right fit. Our international customers, as well, are dying to get the collection and I believe that Shopbop has a great international shopping [experience]. I felt we were ready to expand.”

The new spring collection includes 28 stock keep units, in addition to a large offering of dresses due to demand from Lim's followers. For Bloomingdale's, the collection will be carried both online at bloomingdales.com and at select brick-and-mortar locations including 59th Street, SoHo, Roosevelt Field, Short Hills, and Century City in Los Angeles.

Lim's Instagram followers clock in at an impressive 1.1 million in total, putting her in the mega influencer category. With 86 percent of marketers using influencer marketing in 2017 according to a study by Linqia, Lim's ability to brand herself into an entire business enterprise doesn't seem to be slowing down anytime soon. With three retailers now under her belt, more prospective ones could follow.