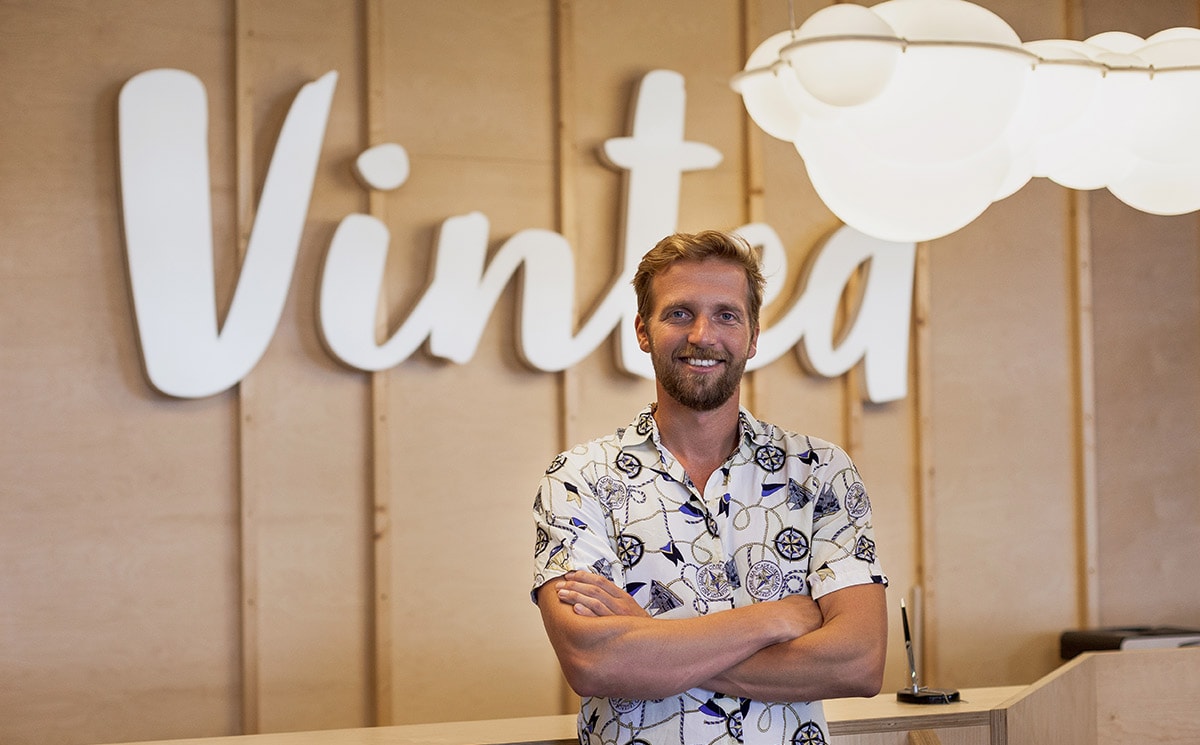 The stigma against second hand apparel and footwear is quickly becoming a thing of the past: according to a recent report by resale platform ThredUp, the market has grown 21 times faster than first hand fashion retail over the past three years and is expected to grow from 24 billion US dollars to 51 billion US dollars in the next five years, in the United States alone. That means the secondhand market will be 1.5 times bigger than fast fashion by 2028, when previously-owned items are forecasted to account for an average of 13 percent of American closets.

The market is so promising companies working in this space have been receiving significant investments. ThredUp raised 175 million US dollars in August, while Neiman Marcus acquired a minority stake in Fashionphile, a resale website for luxury handbags, accessories and jewelry. Similarly, Farfetch acquired sneaker resale platform Stadium Goods before launching its very own resale platform for designer bags.

But they are not the only ones. Zalando, the European fashion marketplace, opened a pop-up store in Berlin earlier this year to sell used fashion items purchased from customers of Zalando Wardrobe. Similarly, H&M has announced an ecommerce trial of second hand sales for its & Other Stories brand.

Looking to get a behind-the-scenes peek at the segment and where it is headed, FashionUnited has interviewed some of the most prominent players in fashion resale around the world.

Read the previous interviews in this series:

The last interview in our series is with Thomas Plantenga, CEO of Vinted, a platform where users can sell used clothes for free (shipping is paid by the buyer). More than 120 million items are currently listed, with an average price per item of 15 euros (approximately 17 dollars).

Founded in 2008 in Vilnius, Lithuania, by Milda Mitkute and Justas Janauskas, the company was struggling when Plantenga joined in 2016, but a new strategy is turning things around. Today, Vinted is present in 11 European markets, including the UK, France, Germany, Poland, Lithuania, Czech Republic, Spain, Austria, Belgium, Luxembourg and the Netherlands, with offices in Vilnius, Berlin, Warsaw and Prague. The platform is also available in the US, but the North American market is not a focus for now. France is by far Vinted’s best market: 11 million of its 23 million European users live there.

Can you tell us a little bit about yourself? How and why have you decided to join Vinted?

I come from the Netherlands, where I was born and raised. My story with Vinted started in 2016. I was living and working in New York when I received a call from Insight Venture Partners. They asked me if I could fly to Vilnius to help a company they had invested in and was facing some very hard times and financial difficulties. Vinted had known a very successful start but the business model was no longer viable and the company only had a few months cash flow left. I initially planned to stay for 5 weeks but in the end I never flew back to New York. I decided to stick with the teams through these challenging times and aggressive change of strategy. 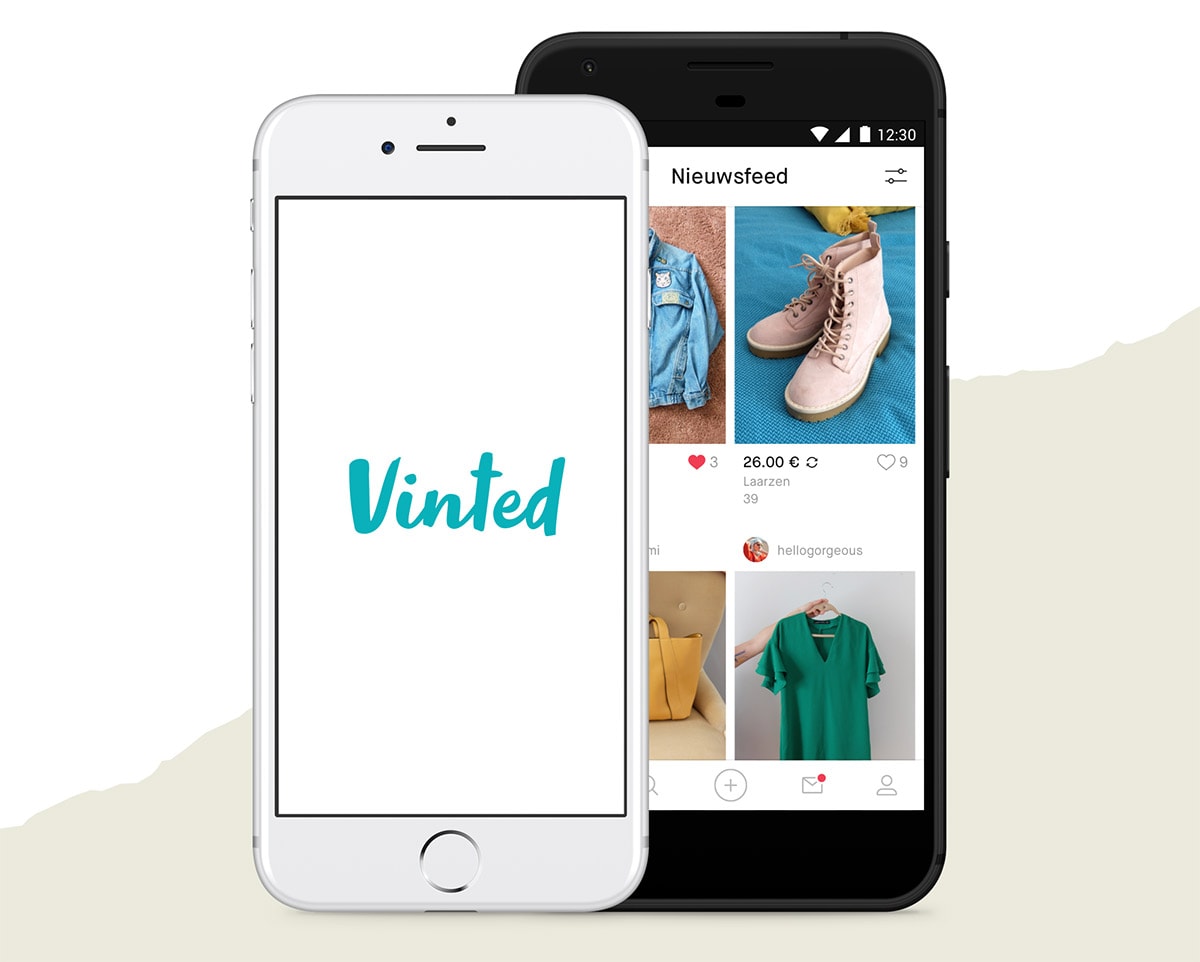 Can you tell us more about the troubles Vinted was going through at the time? You invested 50 million euro in the business yourself.

When I arrived, I didn’t invest money but my time and efforts. We went through drastic changes to reach three simple but key goals: make users happy, add more value and create less costs. First, via the centralization of operations by closing down the offices in London, San Francisco, Munich and Paris: we only kept the headquarters in Vilnius and the offices in Warsaw and Prague. We added the Berlin office later. Then, we brought new features to the product, the most visible ones being the “no sellers’ fee model” which allowed sellers to list and sell an unlimited number of items without paying any commission or fee to Vinted. They get to keep 100 percent of what they make. We’ve also implemented an option for our buyers to pay a small buyer protection fee to cover for better safety and security on the platform. Last year we managed our 4th funding round of 50 million euro by Sprints Capital.

How is the company doing now?

The company has been enjoying an exceptional growth for the past 3,5 years. In Europe we now have over 23 million registered members in 11 countries, and we expect an annual GMV in 2019 of 1.3 billion euros, meaning the total earnings generated by our members globally and that is entirely returned to the sellers.

Please name a big challenge and a big win during your tenure at Vinted so far.

The big win: to have succeeded in making Vinted viable again and now see the company grow. We have over 300 employees and expect to be 500 in 2020. The big challenge is still ahead: fulfill our mission to make second hand fashion the first choice worldwide.

With so many players in the resale market, why should consumers download Vinted instead of turning to one of the competitors?

Our app and tech expertise has pushed second-hand clothing to the next level. Our teams strive to make Vinted’s proposition attractive for both buyers and sellers: free and unlimited listings, faster sales, great shipping deals throughout Europe, unlimited variety and value of the fashion offer, and the opportunity to choose safe payment solutions and benefit from a 24/7 support team. In the end, the community has created together the most diverse second-hand fashion collection in Europe.

Vinted is very popular in France. What is it about the French market that is advantageous to Vinted?

It is true that over the last 3.5 years, we have grown significantly within the French market. France has now become the leading market for Vinted with 10 million registered members and a GMV growth of 230 percent year on year. Our French members have made of Vinted the leading online platform for C2C second-hand fashion and accessories in France - with 2.2 items sold each second on Vinted.fr and the 3rd daily most visited app in France.

We honestly were the first ones to be surprised by the impressive positive and quick response of French people! France has an historical strong culture and relationship with fashion and over the last 5 years there has been a growing awareness around waste avoidance. People realize that it is mandatory to recycle and it was the right time to launch such a project like Vinted.

But these are not the only reasons. Our teams do not lose focus and are always looking to improve our services. Since December 2018, for example, French users have the opportunity to sell and buy to members across 4 other markets: Belgium, Spain, Luxemburg and the Netherlands. With the launch of this international platform, our French members are now able to reach out to a larger base of potential buyers, sell faster and enjoy an even better shopping experience with an even more diverse catalogue.

What we also see is that France’s impressive member base is driving the other countries and making them join the movement, by easily selling and buying to its connected neighbouring countries. 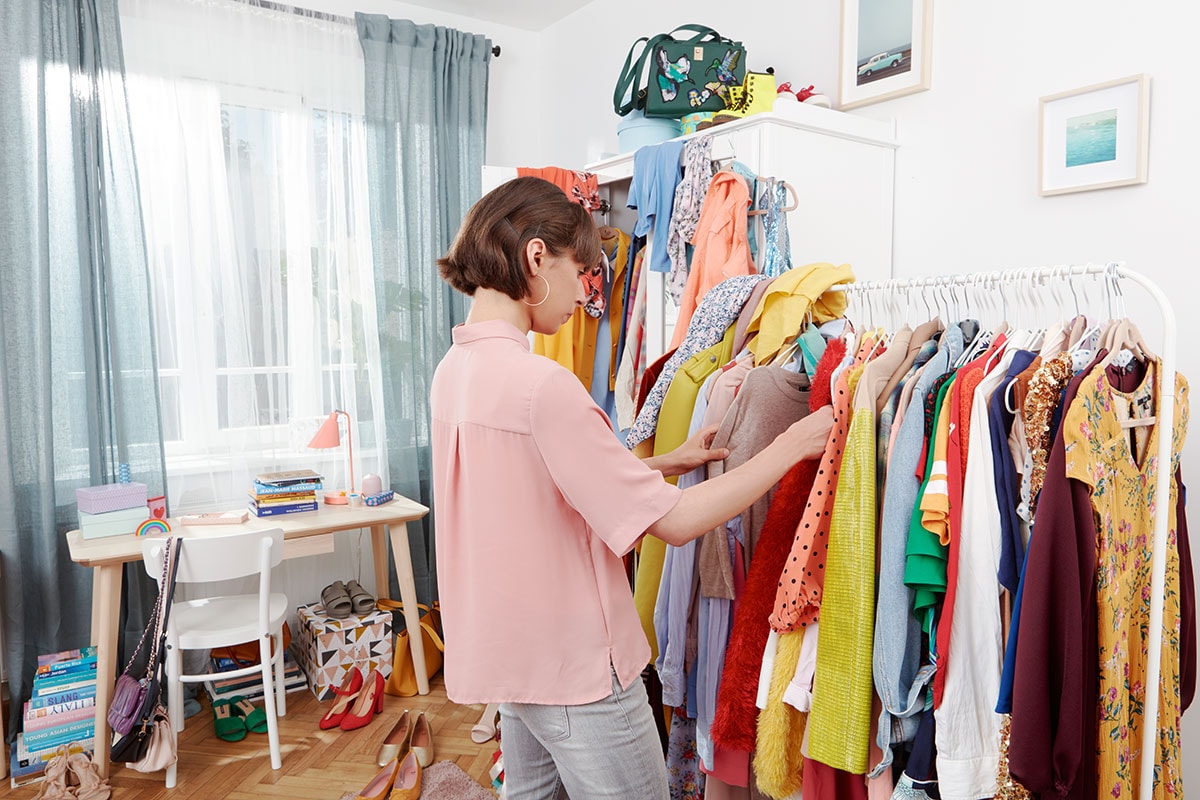 Vinted has recently expanded to other European countries as well, including the Benelux region, where you come from. What are the company’s main plans for this region?

We launched Belgium last year and the Netherlands a couple of months ago. The response in both markets has been extremely enthusiastic and we do see a lot of growth potential in the Benelux countries. We want to keep growing them as key markets of our international platform and therefore the focus remains the same: provide a great user experience to our members by selling faster, bringing more variety, buying conveniently and keep on improving the protection and support.

What are Vinted’s plans for the USA? I assume it’s a difficult market to crack with so many competitors like ThredUp and The RealReal, not to mention physical thrift stores…

Vinted launched the USA in 2013, alongside with France, Poland and Austria. However, after the changes in 2016, we made a choice to first fully focus on Europe. The app is indeed still running and working in the USA but we are not very active in this country. We do not proactively communicate nor invest around Vinted in the USA.

Does Vinted intend to expand to any more countries soon? Where do you see Vinted in the upcoming future?

If we look at our mission, which is to make second-hand fashion the first choice worldwide, there is still an immense potential for growth. At the moment our teams are focused on optimising our international platform and developing new tools and features so our members can buy and sell always safer on Vinted.

To achieve our mission, we will continue to add value in our existing markets. We’ll expand to new markets in Europe where and when we see a clear opportunity and benefit to our connected member base.

In your view, what are the factors driving the growth of the resale market?

There are two main drivers: purchasing power and the fast growing trend around circular economy. When it comes to fashion, that is exactly what we do. We offer our members a convenient and easy-to-use tool so they can earn some additional cash and afford a great variety of fashion for lower prices. But we also believe that we exist to make fashion more circular and empower people to consume more responsibly by granting their clothes a second or even third life.