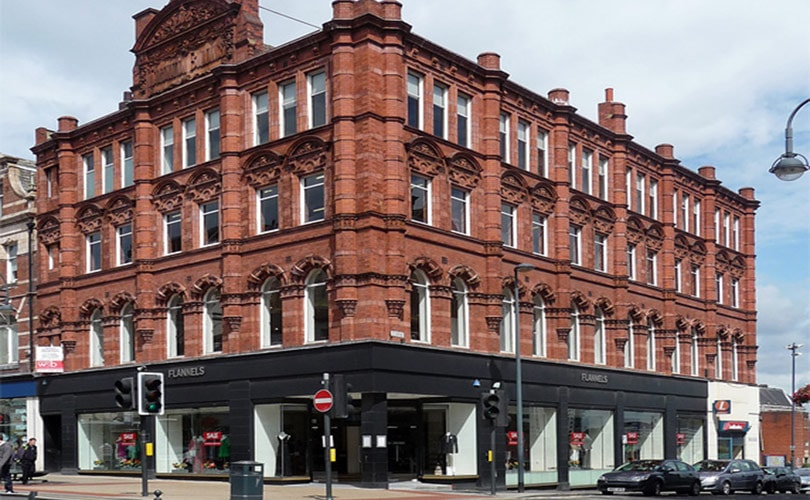 Flannels, the high-end designer store chain owned by Sports Direct, is set to open its first store in Scotland at Silverburn shopping in Glasgow.

Due to officially open in spring, the debut Scottish store will span 756 square meters and offer a range of luxury and premium designer apparel, footwear and accessories for men and women. The new store's interior will sit in line with the rest of Flannels stores throughout England and reflect the retailer's minimalistic and streamlined aesthetic.

"With constant footfall and a strong reputation, Silverburn is the perfect place for our debut site in Scotland," said a spokesperson for Flannels in a statement. "We are excited to share our collection of fantastic designer brands and continue our success across the UK." Flannels currently counts 13 stores across the UK, in addition to an online store. Minus its new store opening in Silverburn, the retailer is set to open an additional 5 stores in the UK, including a flagship store in London.

Flannels joins a growing number of retailers to open their doors in Silverburn, including Jack Wills, Levi's and Kiko Milano. "This recent signing clearly reflects the increasing attraction for high-end brands, whilst firmly cementing Silverburn as the region’s number one retail and leisure destination," said Iain Mitchell, UK Commercial Director at Hammerson. "Flannels has created a benchmark for luxury retail by providing sought after designers and fantastic customer service in a stylish setting, and we are thrilled to launch them at Silverburn in Scotland."

Originally founded in Cheshire in 1976, Flannels made a name for itself throughout the UK as one of the first retailers to introduce established UK and international designers to the North West. Flannels brand portfolio includes luxury labels such as Gucci, Dolce & Gabbana, Moncler and Jimmy Choo.