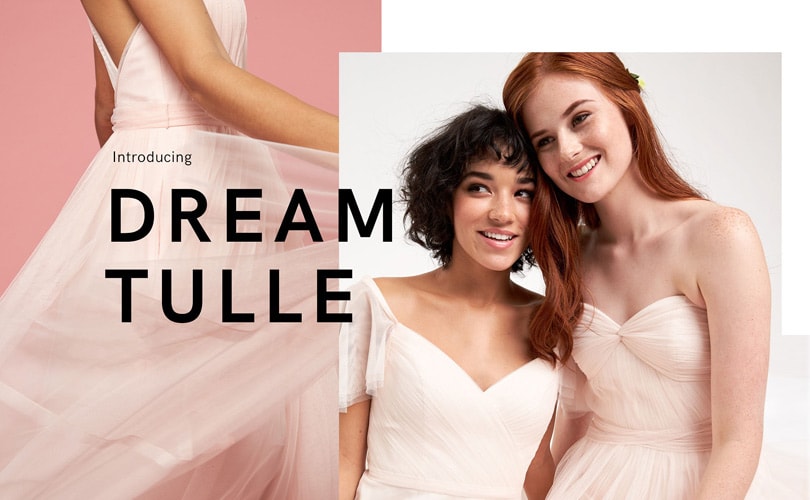 Gap Inc. is following in the footsteps of their competitor J. Crew and exiting the bridal industry. J. Crew had already ceased doing bridal collections in 2016.

Gap's concept Weddington Way, which operated within Banana Republic stores, wasn't the hit they were expecting it to be. The company plans on shuttering the category entirely within the next few months. Gap Inc. hopes to continue serving customers online, but orders are only guaranteed until June 11.

The end of the bridesmaid dress focused brand comes at a tough time for the market, where even David's Bridal, one of the country's best known bridal stores, has reported it is struggling. Although people are spending more on weddings, competition in the bridal market is growing as more independent designers are launching wedding brands and marriage rates are actually falling. With less people getting married, brands are chasing a smaller market.

Gap began Weddington Way in 2011, and although the category attracted half a million brides and bridesmaids, the ROI wasn't high enough to validate continuing the category. Banana Republic has also seen declining store traffic over the past two years, with same-store sales falling 2 percent in fiscal year 2017 as reported by Bloomberg.

With the end of Weddington Way, Gap is expected to focus its resources on Old Navy, which has been seeing tremendous success. Old Navy beat analysts estimates last quarter and surpassed Gap's other brands, which include Gap, Banana Republic, Athleta and Intermix.

While bridal wasn't a promising category for Gap, for other brands it looks to be proving lucrative. In Europe retailers including Topshop, Whistles, Lipsy, H&M and Quiz have all launched wedding-specific collections and are committed to growing this category.