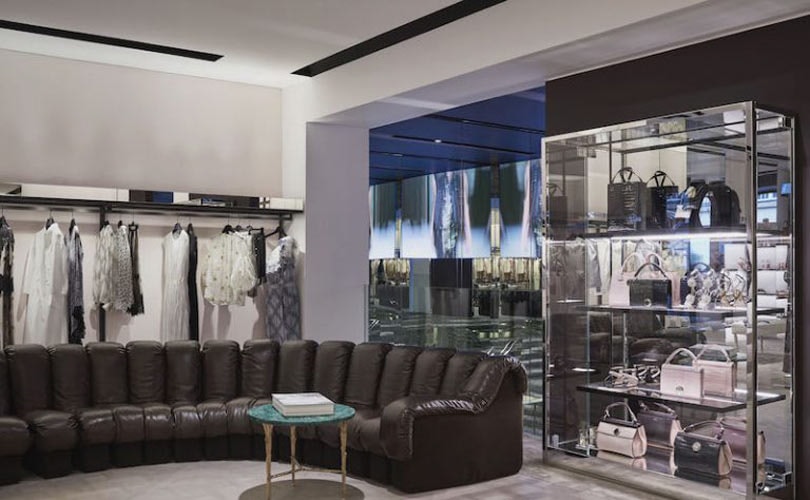 London - Italian designer Giambattista Valli has a new place to call home in London. The designer has opened his first stand-alone store in the UK on Sloane Street, London as he seeks to expand his eponymous label.

The new flagship store is said to reflect other Giambattista Valli stores in Paris and Milan, but with a British twist in honour of London roots. Spanning 2,500 square feet across two floors, the sleek and modern store features Giambattista Valli’s ready-to-wear collections, accessories, activewear, bags, shoes, scarves and jewelry.

The store’s interior is said to have been chosen by the designer himself. For example, all furniture in the new store, located at 29 Sloane Street, was hand-selected from antique stores and auctions, stemming from a wide range of decades, including the 1940s, 1950s, and 1970s, creating a warm and welcoming atmosphere.

The sharp edges of the boxy glass displays and countless mirror are softened by the taupe carpeting and patches of patterned wooden parquet on the floor. An enormous screen hangs over the staircase in the store, showcasing Giambattista Valli’s latest looks, while bright green Malachite coffee tables with bronze legs from Maison Charles on the ground floor compliment the black leather soda from de Sede. 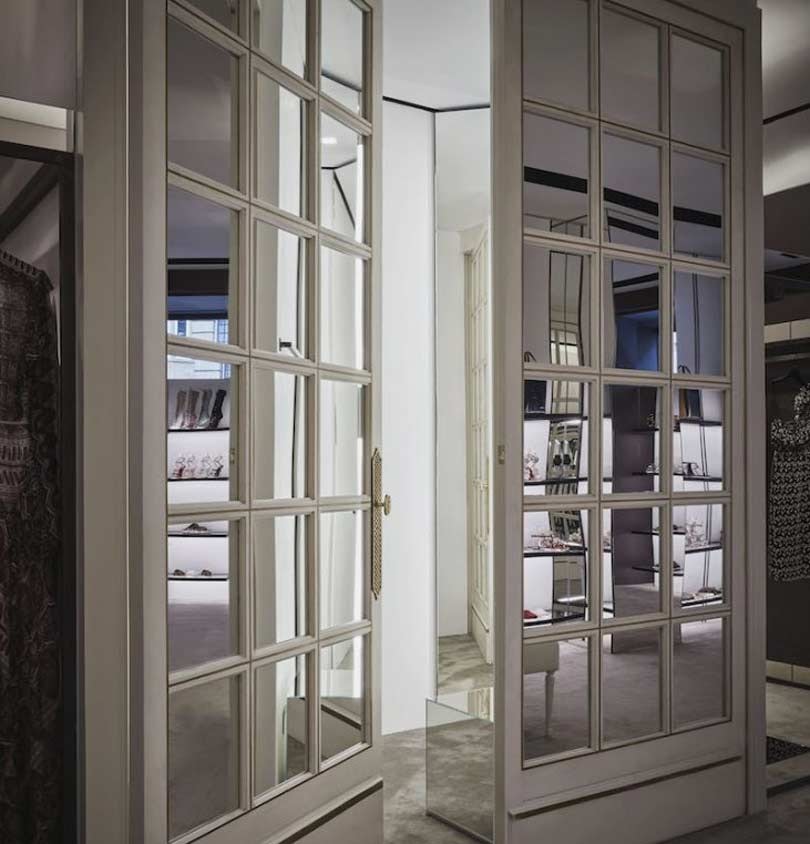 In addition, the store windows have been specially designed to ensure passerby are unable to look into the store, helping create a sense of luxurious privacy for shoppers. The new flagship store opening comes one month after Giambattista Valli opened its second store in Seoul, South Korea, as the designer label continues to grow.

Founded in 2004, the label has been expanding its product offering as well as its retail locations as part of its broader growth strategy which is driven by funding from Artemis, the investment brand from the Pinault family.