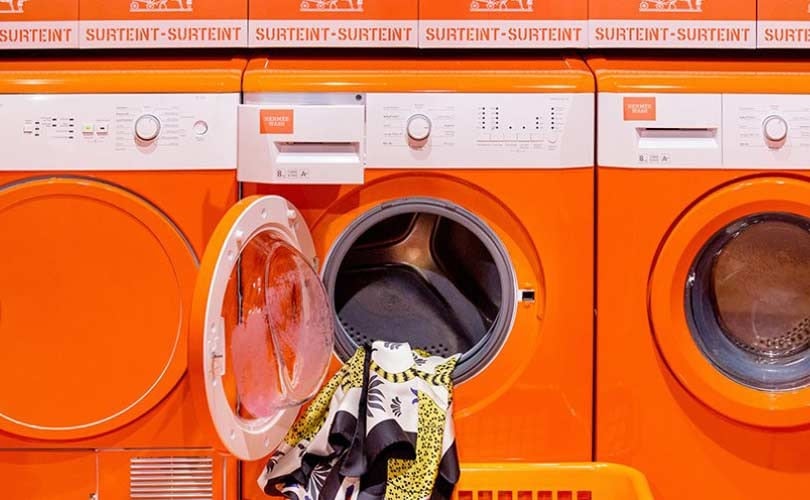 The pop-up, which first opened in Strasbourg, France last year, was developed in order to encourage Hermès customers to give their old scarves a new look by taking them to the laundromat. Entitled Hermèsmatic, the immersive experience, which features washing machines in the luxury house's signature orange, invites customers to dip-dye their scarves Hermès and treat them to restore them their original softness.

The complimentary service takes approximately 48 hours and customers can choose from three colours; namely denim blue, fuschia pink and bright red. The opening marks the first time Hermès brings its travelling pop-up Hermèsmatic to the UK and follows on from successful openings in New York, Amsterdam, Kyoto and Munich. The pop-up is set to move to Los Angeles in November.

In addition to the complimentary services offered by Hermèsmatic, Selfridges will also offer free silk styling workshops for Hermès clientele, offering them lessons on how to transform their silk scarved into headpieces, bags, browns and even apparel.

The Hermèsmatic pop-up is set to run for a week from October 5 to October 12 at Selfridges in Manchester.