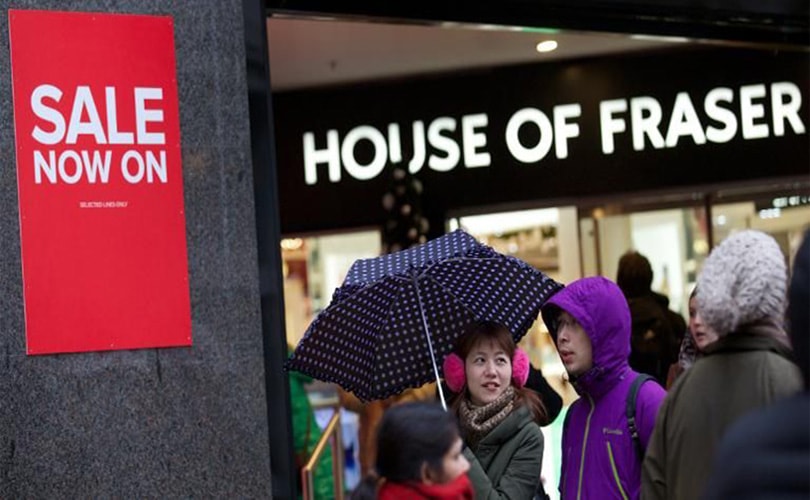 House of Fraser confirms its debut store openings in China

British department store group House of Fraser (HOF) has confirmed the opening of its first department stores in China, with the debut stores launching in second tier cities Nanjing, Xuzhou and Chongqing from spring 2016 onwards.

Chief executive officer at HoF, Nigel Oddy, who was in Shanghai earlier this month attending the UK Trade and Investment’s Great Festival of Creativity, believes that the department store's Britishness​' will help give the department store an edge in China. "We represent everything that is good about Britain and that will give us a point of difference with other stores currently trading in China," he said to an audience at the time.

House of Fraser to open first Chinese stores in Nanjing, Xuzhou and Chongqing

The decision to bow in second tier cities over first tier cities such as Shanghai and Beijing comes after the department store group issued a research report to help determine its ideal positioning within China, noting that other main cities in the country are becoming "over-shopped." HoF aims to position all three stores in China as mid-market to premium stores, with prices remaining equivalent to those in the UK.

The first of the stores to open will be in Nanjing, which aims to open its doors in a year time, in a building currently owned by HoF's parent company Sanpower Group and trading under the name Orient Fraser, according to Drapers. The store, located within the city's business area, Xinjiekou, will be rebranded as House of Fraser. He added that HoF aims to take its best aspects into China and then adapt them for the local market. "We want to play on our heritage, our Britishness, and make sure the brands that we put in are fit for purpose, so fit for that market."

"There could well be some local brands to complement the Western ones, but the focus is very much on being a quintessential British department store in the way it looks and the brands it stocks." HoF second store in China in Chongqing is predicted to bow later next year, with Oddy adding: "Chongqing has the biggest city population in the world, with 33 million people, and a number of Western brands are already there, such as H&M and Tommy Hilfiger."

The third store, set to open in Xuzhou, is expected to open in 2017 in a new development known as Sanpower Plaza, also own by HoF's parent company, which will house retail, office and residential units. The department store group will present the new look and feel of it Chinese stores during a brand engagement day next month.