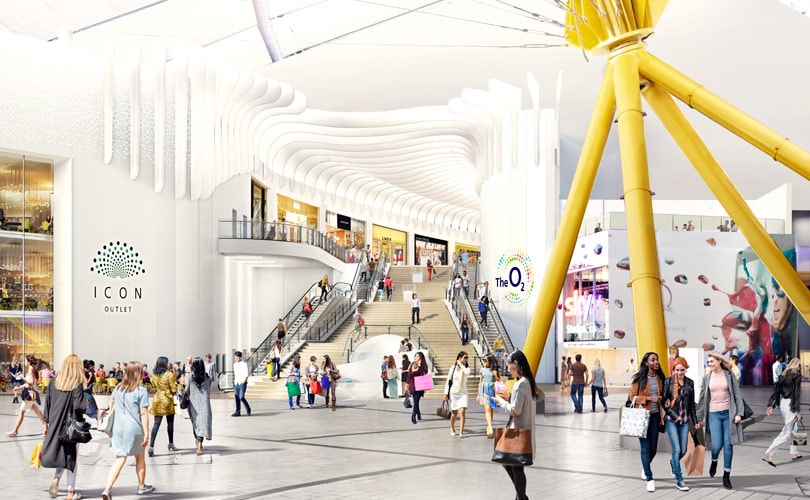 The first phase of the Icon Outlet at The O2, which will house brands including Hackett, Ted Baker, and Calvin Klein, has confirmed it will open on October 20.

They will join Hackett, Ted Baker, Guess, Gant, Calvin Klein, Crew Clothing, Jack Wills, Kurt Geiger, Aspinal of London, Levi’s, Pepe Jeans, Clarks, and Skechers, who were announced over the summer to making their debut under the tented roof of The O2.

Marion Dillon, leasing director for the Icon Outlet, said in a press release: “Since revealing our vision for Icon Outlet, we have been targeting select brands to open new outlet concept stores at London’s most exciting new retail destination.

“Icon Outlet will offer a much-anticipated opportunity for visitors seeking new experiences at The O2, and we look forward to welcoming consumers from all over the world when we launch on October 20.”

Commenting on signing up to the Icon Outlet, William Church, joint-managing director at Cheaney Shoes, added: “The vision for Icon Outlet provides an incredible opportunity for us to extend our brand into a new retailing concept. The highly accessible location of Icon Outlet at The O2 gives us an opportunity to reach a new market so far not served by our existing Cheaney shops.

“Icon Outlet’s focus on the experience also has great synergy with the Cheaney brand, and we will create a new design concept for our debut outlet store that befits its setting at The O2.”

The Icon Outlet is just 15-minutes from central London and, served by the Jubilee Line, Crossrail at Canary Wharf, MBNA Thames Clippers and The Emirates Airline and will be easy to reach for the majority of the capital’s ten million population, as well as the 31 million domestic and foreign visitors to London every year, said the development teams.