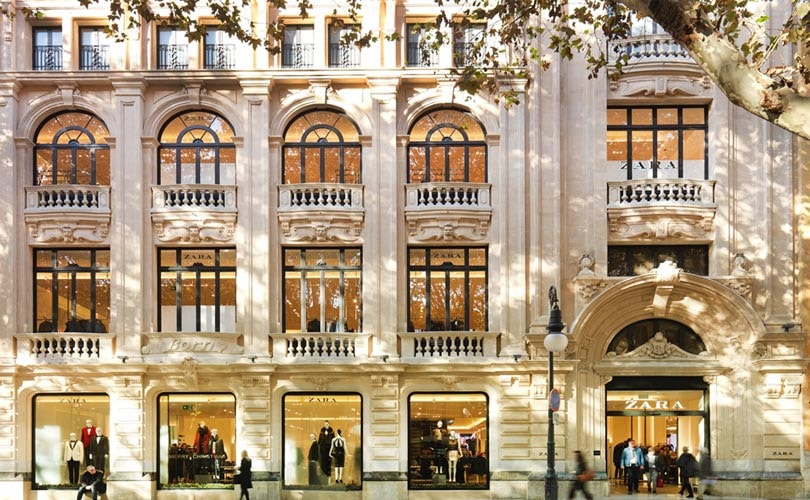 Inditex, the world's largest apparel retailer, is reportedly asking 400 million euros (472 million USD, 353 million pounds) for the stores under a 20 -year sale and leaseback deal. This agreement would give the buyer the right to exit the properties after five years, according to a report from Bloomberg. 14 Zara stores in Spain and 2 in Portugal are included in the sale, which is part of the clothing retailer's plan to streamline its leasing strategy.

Increasing employment levels and the improved macroeconomic environment has helped drive apparel sales over the last year, as the clothing and footwear market is expected to have increased 3 percent in 2017 to 30 billion euros according to Mintel. However, the way consumers buy fashion is shifting, as more Spanish shoppers are choosing to purchase clothes online.

29 percent of Spanish shoppers buy products at least once a month via their smartphone, according to data from PWC. But only 3 percent of all Spanish retail sales were done online last year, according to Aberdeen Standard Investments in comparison with 15 percent in the UK. Nevertheless, Spain and Italy have been highlighted as two of the fastest growing markets for online shopping, as more Spaniards become comfortable with online shopping.