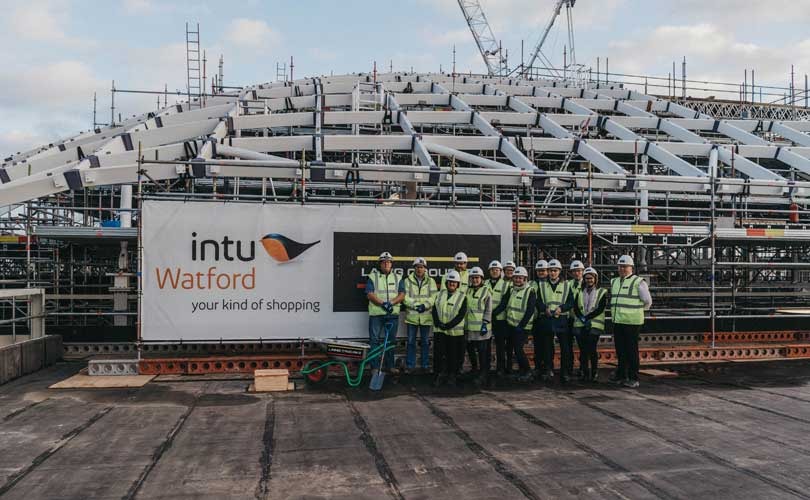 Set to add an additional 400,000 square feet of retail and leisure space, the new extension will place Intu Watford alongside Edinburgh and Bristol in CACI's top 20 national retail destinations, making it one of the best places to shop in the UK. 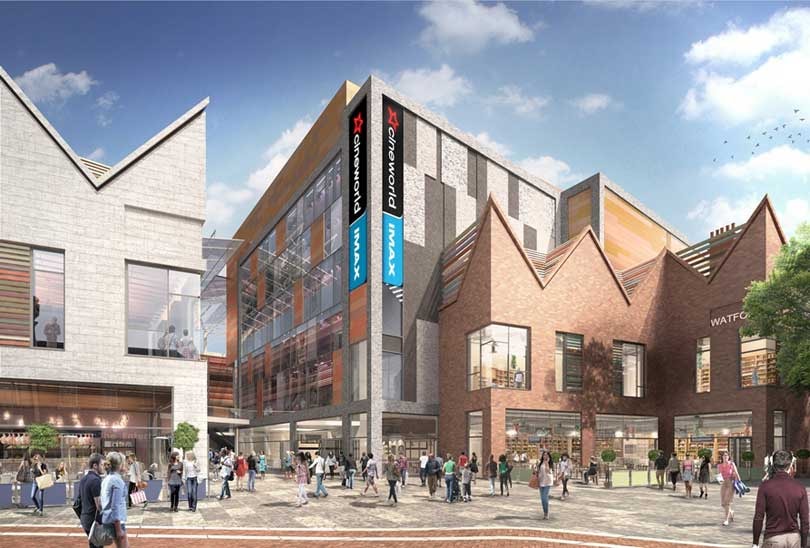 Key representatives from Intu and contractor Laing O’Rourke gathered to mark the progress of the shopping centre extension on Thursday. A ceremonial piece of concrete was placed on the roof of the extension at the event, an age-old tradition celebrated by builders to mark the development's highest point being reached.

The shopping centre owner has signed a 9 screen IMAX Cineworld cinema and 113,000 square feet Debenhams to anchor the new extension. In addition, a Hollywood Bowl, 11 new restaurants and 13 more stores will open in the extension. "We’re bringing together the best retail and leisure brands for intu Watford’s affluent customer base," commented Rebecca Ryman, regional managing director at Intu.

"Our plans will establish the centre both as a daytime and evening destination and drive what is already a busy and prosperous local economy, with 38 million visitors to Watford high street every year and 83 percent of our customers drawn from the most affluent ABC1 socio-economic group." 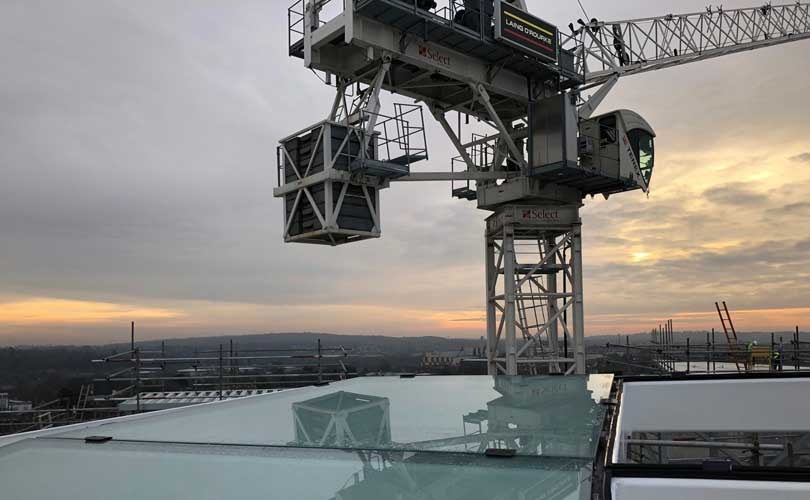 More than 7,000 pieces of steel, equal to 326 double-decker buses have been used during the 129-week programme, which began in March 2016. 13,500 cubic meters of concrete has been laid, which is equal to the volume of five Olympic sized swimming pools.

“Having only started on-site in the middle of 2016, it’s great to see the progress made by the team in reaching this key milestone," added Liam Cummins, Laing O’Rourke’s head of UK building. "We continue to develop our partnership with Intu and are committed to innovative engineering in the retail sector. We look forward to the final phase of this transformational project in the coming months."