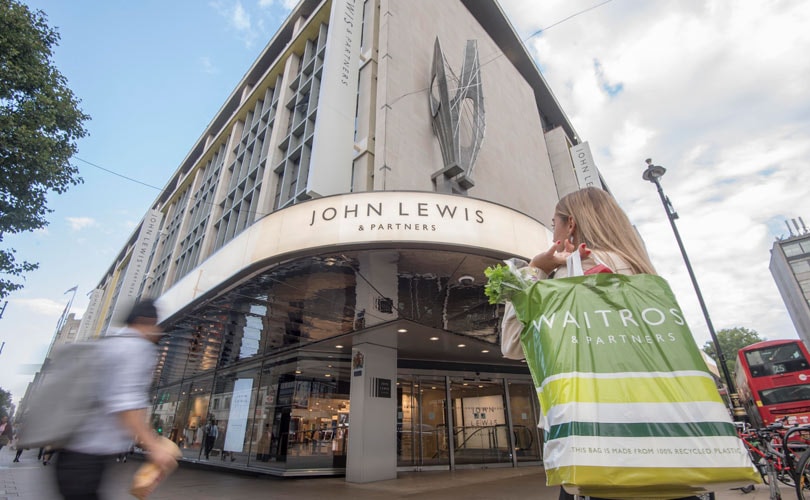 The John Lewis Partnership has announced that it will reduce its operational greenhouse gas emissions to net zero by 2050 at the latest, without purchasing offsets, in line with the pathway set by the Intergovernmental Panel on Climate Change (IPCC) to limit global warming to 1.5C.

The move will see the retail group initially focusing on making “significant emissions reductions” in the next ten years by decarbonise its operations across its John Lewis and Waitrose stores, head offices and distribution centres, “as much as possible as quickly as possible,” stated the retailer in a statement.

By 2028, it will remove a third of carbon from its operations through a significant investment in new refrigeration technology, biomethane-powered trucks, electric vans and renewable electricity. This is expected to result in CO2 savings equivalent to removing 16,000 petrol cars off the road every year.

To reduce transport emissions, which contribute over 40 percent of its overall carbon footprint, the retail group has set an ambitious target of zero carbon fleet by 2045. It has already started rolling out new biomethane-powered heavy trucks, which emit over 80 percent less CO2 than standard diesel alternatives, and the company added that it aims to switch its entire fleet of over 3,200 vehicles to zero-emission vehicles. While the heavy trucks will be switched to biomethane by 2028 and it has started electrifying its fleet of vans used for home deliveries.

In addition to zero-emission deliveries, the company is also added that it is working on encouraging sustainable travel across the business and to its locations. It already has 75 Electric Vehicle (EV) charging points across the estate and from this year these will all offer a minimum of fast (7kW) charging.

To reduce emissions from its physical estate, the company has committed to reducing its energy use by a quarter and ensuring electricity across all its sites will be 100 percent renewable and British-sourced by 2028.

It will also continue to strengthening the responsible development standards it applies to every construction project. To date, over 110 Waitrose and John Lewis stores have been certified under the Building Research Establishment Environmental Assessment Method (BREEAM) process, which benchmarks the environmental performance of buildings. This means the retail group has the highest number of BREEAM-certified buildings of any UK retailer.

The new targets builds on the retailers significant emissions reductions already achieved, including a 70 percent reduction in emissions achieved last year against a 2010 baseline, two years ahead of the 2020 deadline it had set itself.

Benet Northcote, partner and director of corporate responsibility at the John Lewis Partnership, said in a statement: “We recognise that urgent action is needed to keep global warming below 1.5C to avoid the most dangerous impacts of climate breakdown, and we are responding with our most ambitious set of targets yet, aiming to decarbonise as much as we can in the next ten years and setting out a clear path to becoming a net zero operation.

“It’s of paramount importance to us as a co-owned business to ensure the Partnership is prepared for the future. We are now only one generation away from 2050 and we are committed to playing our part in transitioning to a zero carbon future.”