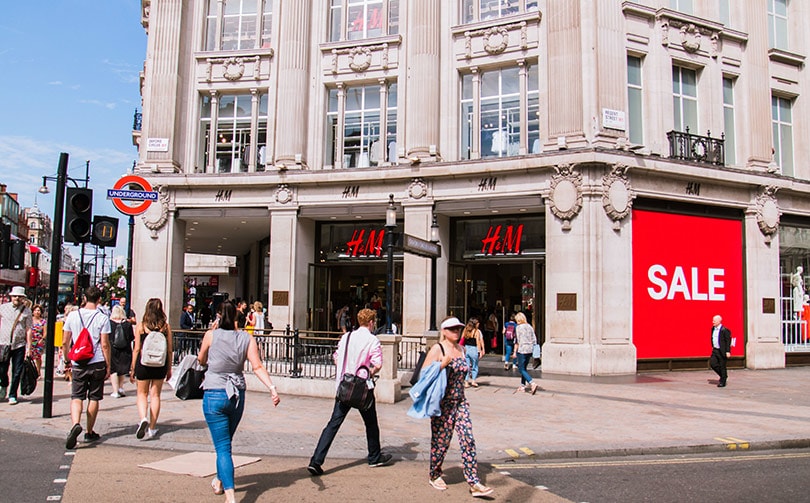 July footfall marks a “nervous return” to the high street

Weekly footfall in July was up by 12.7 percent on June, according to the latest figures for non-food stores to be released by Ipsos Retail Performance, however, yearly figures were down by 53 percent.

July marks the first full month of opening following the coronavirus lockdown, and footfall results show that the return to the shops continues to be “palpable but ponderous”.

Ipsos Retail Performance, which collects data from over 600 towns and cities across the UK, found that compulsory face masks did not deter or encourage shoppers, while adding that the first week of face masks did record a slight dip in weekly footfall levels by 2.8 percent on week commencing July 19.

Research conducted by Ipsos MORI between July 17-20 suggested that the influence of introducing compulsory face masks would not bring any significant immediate change, as 25 percent of respondents said that they were more likely to go shopping, while 21 percent said the opposite, which is why there has been “little change” felt.

The research added that shoppers were approaching with caution as the high streets reopen with 40 percent of respondents admitting in that they remained uncomfortable about shopping in stores other than supermarkets.

Dr. Tim Dension, director of Retail Intelligence at Ipsos Retail Performance, said in a statement: “From the off in mid-June, shoppers made a nervous and hesitant return to the stores, understandably anxious about their safety and re-wired to prefer shopping online. Though footfall levels have risen every consecutive week since stores re-opened bar last week, they started from a very low base.

“It is still very early days, but the inauguration of face masks has not provided a light-switch moment for physical stores, nor the acceleration that the Government had hoped for. In fact, the first full week after the rule was brought in has seen the first decline in week-on-week footfall levels, down by -2.8 percent on week commencing July 19. It can often take time for people to adjust to new practices, so we shouldn’t rush to conclusions.”

It isn’t all bad news, Liverpool One has also released new figures for July showing its highest visitor footfall and spend since retailers reopened their doors on June 15 following the coronavirus lockdown. In late July, there were 380,000 visitors in one week, reflecting 66 percent of the footfall recorded for the same week in 2019. Sales for the period since reopening also continue to rise, now at a total of 72 percent compared to the same timeframe last year.

While data from retail Intelligence experts Springboard reported a modest uplift in footfall for the last week in July, up 2.8 percent from the previous week across all retail destinations, with a 4.3 percent increase on the high street, versus just a slight rise of 1.2 percent in shopping centres and 1.4 percent in retail parks.