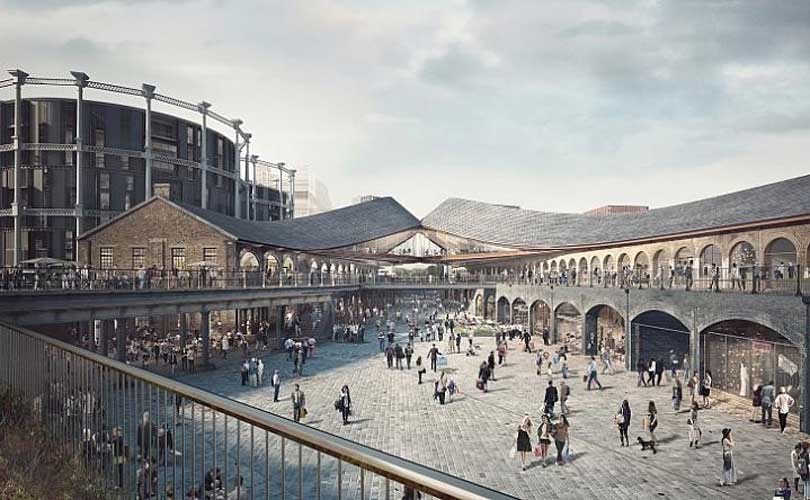 Camden Council has given the green light for a brand new retail development in the King’s Cross area, within the Coal Drops Yard, which is situated next to Regent’s Canal, the Gasholders apartments and Granary Square.

The new retail and leisure development will feature around 65 units of varying sizes, including five larger anchors retail spaces, which will house “independent retailers and signature brands,” with a key focus on fashion and lifestyle, as well as restaurants when it opens in 2018.

The space is to be designed by Heatherwick Studios and will see the retail development opening onto a central public space. The idea is to combine the bold re-use of the historic buildings with contemporary architecture, which will see the Victorian buildings – the East and West Coal Drops and Wharf Road Arches – refurbished and re-purposed over the next two years.

Morwenna Hall, senior projects director, Argent (King’s Cross), said: “Coal Drops Yard has been designed to be a shopping experience unlike any other. The design by Heatherwick Studio is a considered response to the important Victorian industrial buildings from the 1850s; in fact, the ability for future visitors to the Coal Drops Yard to appreciate the history and various functions of these buildings has been fundamental to the design process.”

Thomas Heatherwick, founder and principal of Heatherwick Studio, added: “These two historic structures were never originally designed for people to circulate through and by themselves would have never made a successful retail destination if we did nothing more than clean them and fill them with shops; the distance between them being too great to have any social chemistry with each other and only two stories of activity would not create enough busy-ness and vitality. 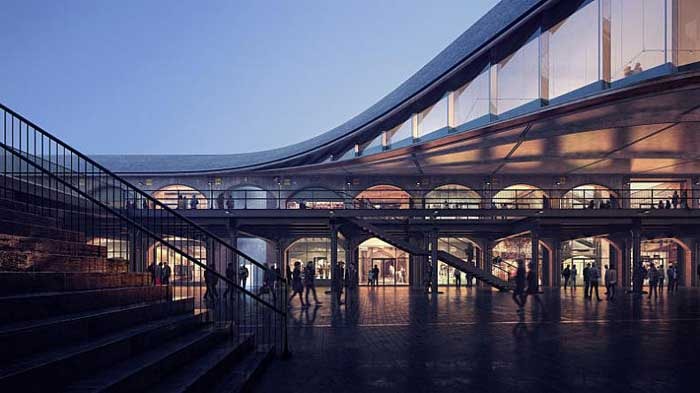 “So rather than adding an entirely foreign new structure to connect the old buildings, we chose simply to bend and stitch the two roofs together, forming another level of activity underneath, and framing and weather-protecting a dynamic new public space for the city.”

The project is being led by King’s Cross Central Limited Partnership with construction due to start in early 2016 and complete in autumn 2018.