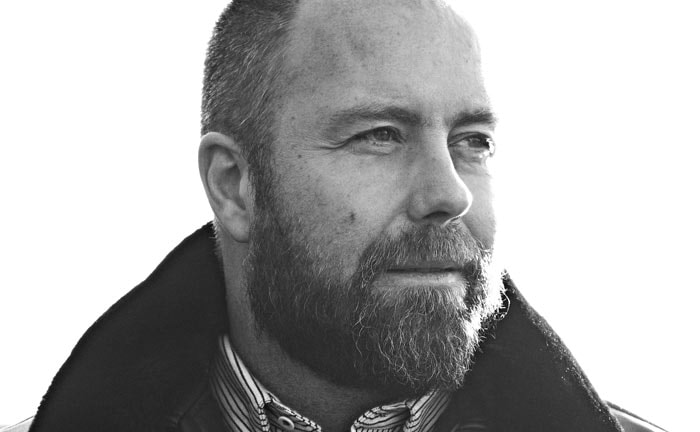 Kings Of Indigo - Not your next G-Star denim label

London - "More is not always better. It creates inflexibility, less passion and places more focus on the numbers," said Tony Tonnaer, the founder of sustainable denim brand Kings Of Indigo during an interview at the brand's head office in Amsterdam, the Netherlands. "Of course, I do not want Kings Of Indigo to be a niche brand and we want to sell to as many people as possible. But I don’t want to be on every corner on every street - I don’t want to be a mass-market retailer. I don’t want to be a G-star - no way." In an industry where fast-fashion retailers aim for world domination and fashion houses are continually vying for consumer attention, such a refreshing mindset is almost unheard. But Kings Of Indigo is not your average denim brand, and Tonnaer is not your average founder. "If you become too big then you become too distant from the factories, from the retailers and from the business and that’s not my thing."

Kings Of Indigo - one of the top sustainable fashion brands

Currently ranked as one of the top sustainable fashion brands in the world according to RankaBrand, Kings Of Indigo aims to become the best sustainable denim brand, something Tonnaer is aware will not happen overnight but little by little as he takes the necessary steps with each collection he makes. When he first began making plans for Kings Of Indigo in 2010, it was after he had left Kuyichi and had a few months off to really think about his next move. At first he debated if he really wanted to return to the denim scene and toyed with the idea of starting a sustainable furniture company, as sustainability has always been at the heart of everything he does. But in the end he felt starting a furniture company would pose more risk, and his true love for denim came through. "I love denim, I worked my balls off in the denim industry giving it 100 percent." Thanks to his extensive network of suppliers, agents and consultants, he was able to launch the brand with a 'lean and mean' collection consisting of 4 denims fits for men and 4 for women alongside a line of basic tops a year later at Bread & Butter. "Everything really just fell into place." 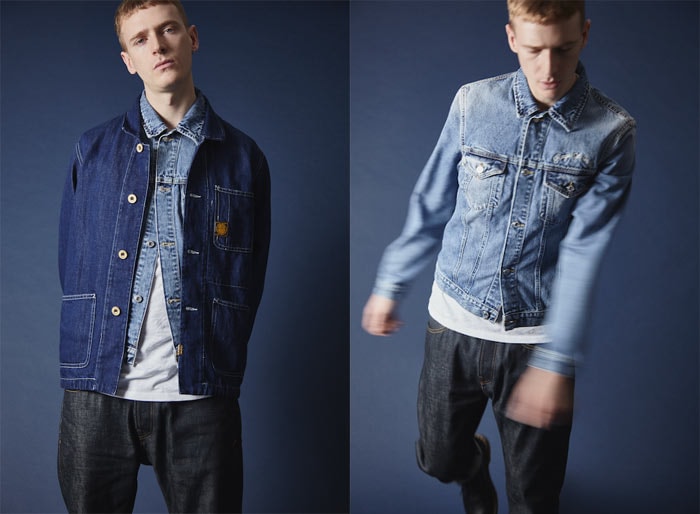 Kings Of Indigo, whose name was inspired after hearing Kings Of Convenience play, is inspired by the real denim makes of the USA and the love for denim found in Japan. "Basically, the brand is a combination tale of east meets west," noted Tonnaer. Always paying attention to details, as "the devil is in the details," Tonnaer designs to his own standards of the three F's - Fit, Fabric and Finish. "It's like making a good pasta - you need to have the right ingredients to great it right. For example, if you have a great pair of jeans, with the perfect fit and fabric but the finish is wrong then they are not going to sell, so I simply won't sell them." Since it start, the brand has grown, in part thanks to its investor Varova Investments, to offer 7 denim fits for men and 10 denim fits for women as well as a range of tops, socks, underwear, children's wear and accessories. But, in spite of the brand's ongoing growth, sustainability remains at its core.

Tonnaer: "I could never start my own company and do dirty denim"

"I could never have done it any differently. I was the face of Kuyichi for 7 years, I could never start my own company and do dirty denim. I want to be the example company for sustainable denim," explained Tonnaer. Over 90 percent of the raw materials used by Kings Of Indigo are sustainable, and the brand uses GOTS certified organic cotton in addition to recycled yarns, which are used in its Red Light Denim line. "I believe in the three R's - Repair, Recycle and Reuse." Although he does see sustainability as a vital part of the brand, he also aims to keep things playful, fun and not take things too seriously as people tend to think of sustainability as rather black and white when it's a whole gray area. "It’s about finding ways of working that treat the world a bit better." At the moment, 30 percent of all Kings Of Indigo denim washes are done with a minimum use of water, but Tonnaer aims to make this 100 percent one days. But the technology still needs to evolve further in order for denim mills to achieve certain finishes and looks without water, so until then Tonnaer takes a few steps with each collection.“All I can do is try to do things as good as possible.” 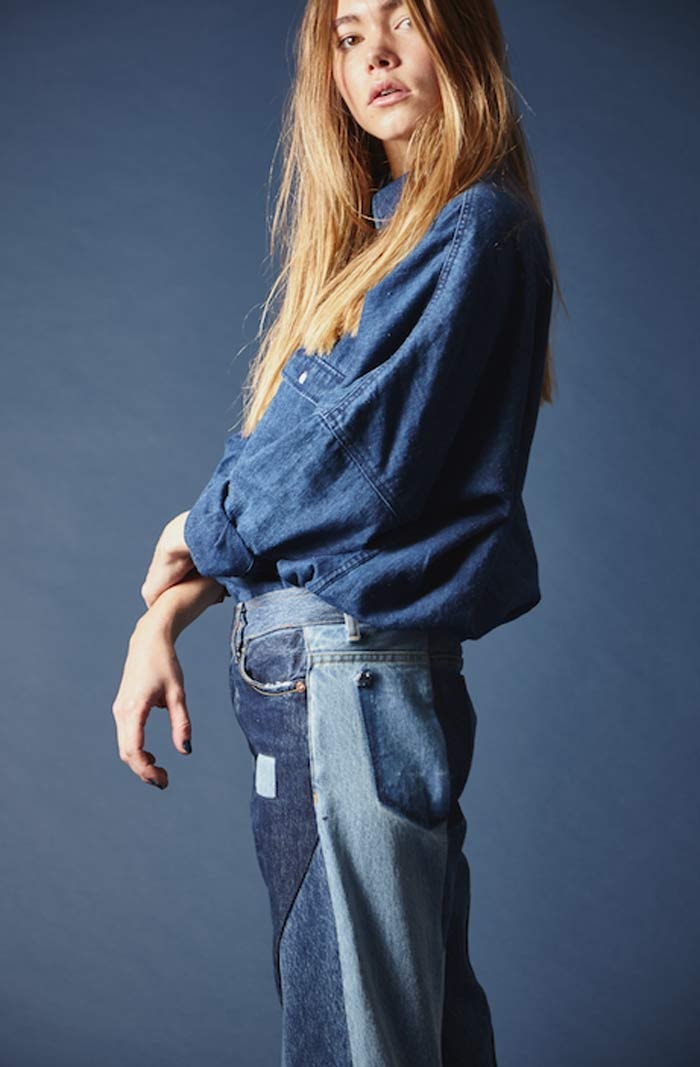 Another way Tonnaer ensures Kings Of Indigo is as eco-friendly as possible is by working with denim mills and manufacturers as close to his home market as possible. "We mostly work with suppliers in the Mediterranean, in countries like Portugal, Spain, Greece, and Tunisia. Not only for transport reasons but also because I believe you are able to conduct the best business possible when working face to face with your manufacturers." In turn, the denim experts have noticed that more and more denim mills and suppliers are working innovatively and sometimes hand in hand with brands to develop new, green fabrics but can understand why some of the large mass-market retailers are slower to change. "If you have a bigger company implementing any change is like moving a tank. But I do think that big brands should be able to do it - as sustainability can really set them apart from the rest."

Kings Of Indigo prepares to open own stores

Kings Of Indigo currently counts 300 stockists in 10 countries, in addition to its online store and its current pop-up store in Paris. In order to ensure that their collections appeal to a wider audience, Tonnaer develops a core package of denim staples each season, as well as a trend led line, which consists of more directional denim items like panelled and flare jeans for women. "I am really into timeless and seasonless denim pieces. A good pair of jeans becomes your friend, you wear it for years. But only creating basic items would be boring." Although Tonnaer depends on word of mouth to share the brand's story and DNA, as he believes that the best marketing is happy customers because "they keep coming back to buy more," he feels that the time is ripe to open up his debut stand alone store. "I think it is time we showed our customers and retailers our brand idea - it is good to convey your brand in a retail form." 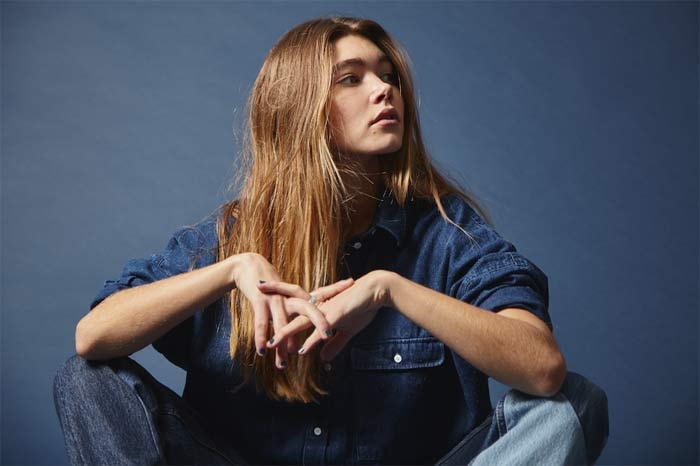 Tonnaer hopes to open the first, permanent Kings Of Indigo store by the end of this year, early next year somewhere in Amsterdam. "It probably won’t be in an A location because we can’t afford it, but definitely in a B-location in Amsterdam." His dream store for Kings Of Indigo would not just be limited to offering their collections, however. Tonnaer, who would also love to see other sustainable brands become successful, plans on offering other brands alongside Kings Of Indigo to offer customers a fully-round shopping experience whilst filling any gaps in Kings of Indigo product assortment."So it would be 70 percent Kings Of Indigo and then 30 percent friend brands." He would also love to include a repair/customised unit, where customers can customise their jeans or bring them on for repair and a good coffee bar, so he is able to bring in that social element as well. "Jeans and Beans - I think it is a good combination." In addition, Tonnaer is also toying with the idea of opening up a second-hand clothes store as part of his store concept, as he believes in giving clothes a second chance. "A second hand store would be very sustainable of course. But of course it would have to be fitting to our brand and what we do - it would not be a completely random second-hand store."

However, Tonnaer plans for a Kings Of Indigo retail chain are not limited to the Netherlands. Even though, he does not have global domination in mind, he does see Kings Of Indigo growing outside of Amsterdam. "We wouldn’t just focus on Amsterdam, later we could open stores in Stockholm or London. It would be great if we were in New York or LA as well, but that also brings a lot more work and hassle with it. Of course it would be easier if you are with someone like Nordstroms, especially moneywise, but I think that money is overrated." But until then, growing within Europe remains Kings Of Indigo focus. "Having a few, good, strong retail points in Europe would be ideal and for the rest I still strongly believe in wholesale, online - omni-channel retailing - as I think it is important we build each channel in its own way so that they can live next to each other."

"Once we have that I think it would be such a great achievement for us. As long as it stays true to the brand. I didn’t start this company to become huge, I started it so I could enjoy the journey as well and to create my own job and world."