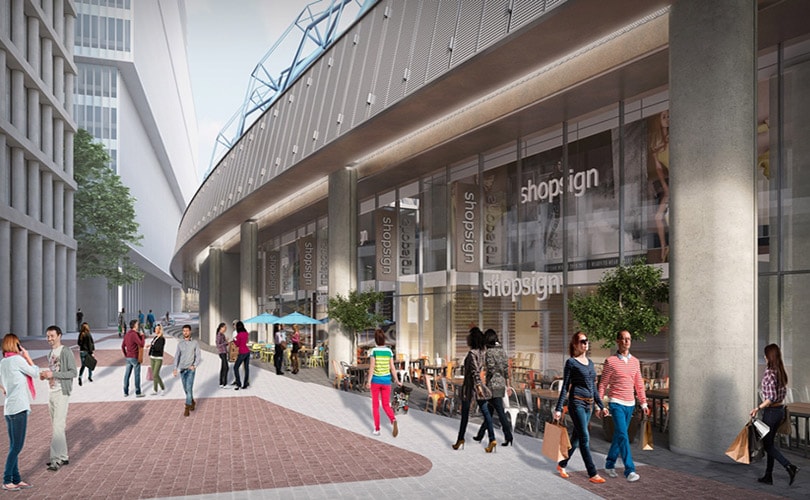 London’s Waterloo station given the green light for retail scheme

London’s Waterloo station is set to be transformed into a huge retail and dining destination, after plans to renovated the station’s former Eurostar terminal were approved by the Lambeth Council last night.

London & Continental Railways (LCR) and the Department for Transport and Network Rail aim to create a new 135,000 square foot space for stores and restaurants under the former Eurostar terminal, which has been empty since the service relocated to King’s Cross. The scheme is part of a 800 million pound transformation of the railway station, which aims to increase the stations capacity and allow more services to run from the station. 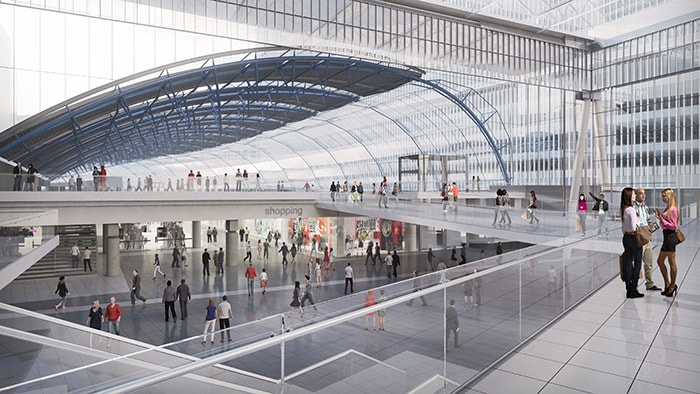 Plans for the retail transformation will see a mix of independent, high street and food stores open in Waterloo station, spread across three floors, including a new mezzanine level. In order to accommodate the anticipated increased number of visitors, several new western entrances will also be built. LCR aims to create a retail offer at Waterloo station to “match the quality of St Pancras International and Birmingham New Street,” said the company in a statement.

The new development is set to create 700 new jobs, in addition to hundreds of construction role while generating a significant local investment. The retail transformation will also help improve links to Leake Street and Lower Marsh. Cushman & Wakefield and Union Street Partners will act as joint leasing agents for LCR.