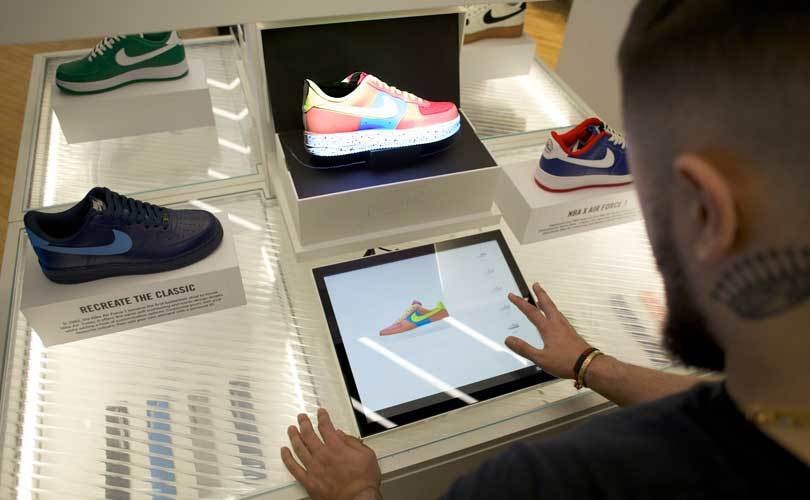 Nike Inc. is among the first companies to try out Facebook Messenger´s new try-and-buy tool. Facebook Inc. has announced, on its newsroom, a new augmented reality (AR) feature for its Messenger app, which is currently used by 1.3 billion people worldwide. The tool allows for users to visualize products before buying them, such as a car in their own garage or a lipstick color on their own lips.

For now, only a select group of companies will have access to the beta version. ASUS, Kia and Sephora (owned by LVMH) are the other early adopters. Facebook did not say when the tool will be available for everyone. FashionUnited has contacted Nike for comment, but the company hasn’t commented on the partnership yet.

“Businesses will be able to use this new feature by employing templates that can open the Messenger camera so that when people tap on it, the camera will open with pre-loaded filters or AR effects that are tailored specifically to the brand and experience”, Facebook stated. Photos and videos can then be saved or shared with friends.

The early adoption of Facebook Messenger’s new tool underlines Nike’s interest in augmented reality. Last month, Nike announced the aquisition of computer vision firm Invertex, which has been working on 3D scanning to allow customer specific e-commerce experience. According to Nike’s chief digital officer, Adam Sussman, this will further the company’s “capabilities in computer vision and artificial intelligence as we create the most compelling Nike Consumer Experience at every touchpoint”.

Nike has also been experimenting with AR in its largest flagship store, Niketown London. Last December, the company has partnered up with Parisian company SmartPixels to offer londoners the chance to design their own shoe at the NikeiD Direct Studio. The colors and materials chosen by the customers are projected onto a white shoe for immediate visualization of the final product.

But Nike is not the only company looking to improve customer experience with the help of AR. In 2017, Net-a-Porter revealed itis set to invest 442 million pounds in technology and consumer personalisation, while Gap has recently released a ”dressing room” app and Burberry has previously partnered with Apple’s ARKit to let users add “Burberry inspired” drawings to their photos. Zara, Asos, Topshop and Uniqlo are also among the growing number of retailers to add AR features to the mobile app over the last year.