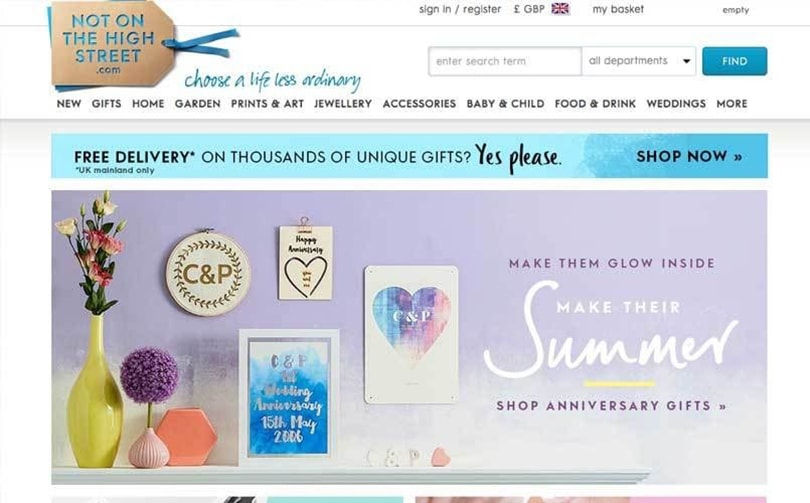 Online curated marketplace, Notonthehighstreet, has reported an increase in British people setting up their own businesses during lockdown.

One in five adults have launched their own enterprise since the start of March, one in four are aiming to do so in the future, and one in two people say they are going to support small businesses more.

Since the pandemic began, people are looking at starting their own business in a favourable light, with 56 percent wanting to choose their own hours and 46 percent with the desire of being their own boss. Nine percent of respondents said if they were to set up a business it would be fashion.

The report from the study of 2,000 adults revealed that 63 percent of Londoners are most likely to set up their own business, with Northern Ireland following behind and the North-East in third.

There was a dramatic increase found in sales and interest for small businesses during lockdown. For example, Charlotte Taylor-Frape set up her own customised clothing brand, Modern Floss, and throughout lockdown her orders increased so dramatically she had to work 70 hours a week to keep up with demand.

Notonthehighstreet’s executive director, Ella D’Amato, said in a statement: “Small businesses provide much needed strength, vibrancy and diversity to the UK economy and have been quick to respond to changing consumer demands through the pandemic.”