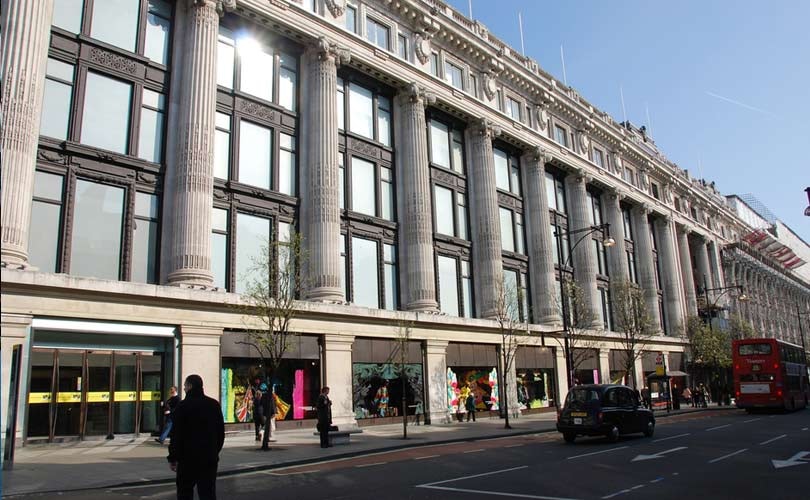 Retailers renting space on Oxford Street West may need to consider tightening their belts, as rent may hit as high as 1,000 pounds per square foot, according to Savills, global real estate services.

The firm predicts that zone A on Oxford Street West will increase again this year and believes the presence of premium department store Selfridges could be a driving force behind the rental boost, as the group plans to further expand its space. The department store's presence may also be influencing the type of tenants interested in opening stores on the Western part of Oxford Street, which could affect rental prices as the space between rental prices on Oxford Street West and East is currently estimated to be around 250 pounds per square foot.

"All credit to the influence of these key department stores who, through active asset management, have continued to boost the attraction of this area and subsequently drawn in new and existing brands to the area including Omega, Fossil, Intimissimi, Toystore, Simit and Watches of Switzerland," said Anthony Selwyn, head of central London retail, at Savills. "Development at the eastern end will provide the greater depth Oxford Street warrants and will open up a better gateway to Tottenham Court Road, St Giles and Charing Cross Road."

"Whilst Oxford Street East will undoubtedly follow suit in the next five years as development continues, the reality is the gap in rents which stands at 250 pounds per square foot between west and east Oxford Street could widen before it closes due to greater demand. The 20 million pound makeover plans for Bond Street will also have a long term impact on the west, increasing the number of visitors to the area."

Savills also predicts that the ongoing tourist spend as well as the entry of new international retailers, combined with the asset management initiatives take on by department stores like House of Fraser, John Lewis and Debenhams have also caused the increase in rental prices on Oxford Street West.