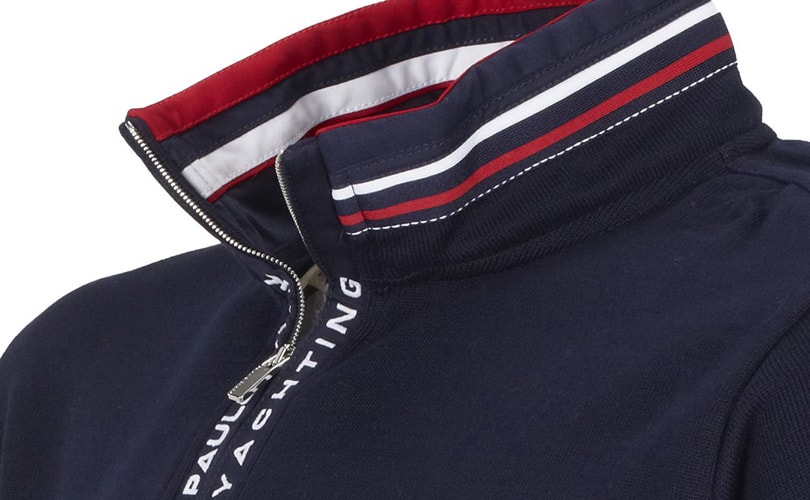 New York - Paul & Shark might sound like it has its origins somewhere more nautical, but many would be surprised to find that the brand is actually Italian-based.

This year, the high end label is celebrating its 40th anniversary. To commemorate the occasion, the brand is partnering with Wallpaper magazine, and have asked three designers to reinterpret their original packaging: a blue tin and a blue metal briefcase.

Titled "Project 40", the three designers come from the brand's biggest market areas, and include Zhang Zhoujie from China, studio Ladies & Gentleman from the U.S., and Tomas Alonso from Spain. The items created by the three designers include a silver metal case with a graphic digital mesh that invokes the sea from Zhoujie, a tin that turns into a lamp from Ladies & Gentleman, and a colorful triangle container made from recycled plastic from the ocean from Alonso. The collection will be produced in a limited edition of 100 pieces, and will be sold at Paul & Shark stores worldwide, in addition to their New York and Milan showrooms through 2016.

In 2015, the company saw a decrease in sales by 4 to 5 percent due to the struggling Russian market. It was reportedly the first decline in revenue they've seen in the 27 years they have been in business.

Currently, they have 30 stores in Russia and 30 in China, where the markets are also sluggish. Due to slow growth in these markets, they will be focusing on expansion with new stores in countries like Mozambique and Indonesia. In addition, they will also be focusing on expanding travel retail opportunities. Airports, cruise ships, and duty-free in Asia are all potential areas of growth.

In 2017, they will be opening a boutique in Houston, and also a new boutique in Las Vegas.

Andrea Dini, president and chief executive officer of Dama SpA, the Italian firm that owns the label, cited the U.K., Spain, and and Germany as significant markets to WWD. Dini is also a third generation member of the family that owns the company.

In total, Paul & Shark has 250 stores worldwide, with 20 of these being directly operated. The collection is also sold at over 1000 points of sale.

With e-commerce dominating the retail industry, Paul & Shark is preparing to launch their own e-store this year. Currently, their collections are available online via Nordstrom, Harrod's, and Lane Crawford.

They might have economic factors working against them with sluggish markets, but they are still finding ways to thrive even in the face of struggling economies.