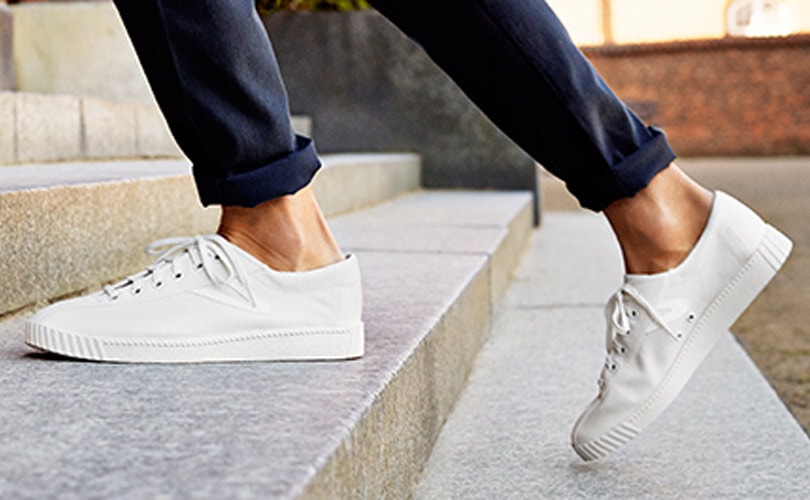 Tretorn joins ABG's current selection of sportswear and lifestyle brands, which include Spyder, Prince and Tapout. Terms of the acquisition were not disclosed. The group has been busy making a number of new acquisitions over the past month and expanding its brand portfolio. Earlier this year ABG acquired women's wear label Jones Group New York, and lingerie label Frederick's of Hollywood last month.

"With a heritage that spans more than 120 years Tretorn has an inherent and global association with tennis and luxury, " said Jamie Salter, Chairman and CEO, of ABG. "Tretorn holds a unique place in the minds and hearts of consumers worldwide - from performance, to athleisure to style, Tretorn has made a statement on and off tennis courts for decades." The group will focus on building on Tretorn's footwear, tennis and outerwear range for North America and Asia, which have been singled out as key growth markets, with ABG currently in advanced discussions with a strategic licensing strategy for North America.

ABG is set to execute a seamless transition for the acquisition together with Tretorn existing management team, which will see Tretorn Sweden take over as the main licensee in Europe and Scandinavia. Tretorn Sweden will also continue to manufacture the brands' products, including its rubber-based footwear range for which the brand is best known. Retail distribution for the brand will remain largely the same through its current channels, which include speciality, sporting goods stores as well as department stores.

"Tretorn shoes are iconic," added Nick Woodhouse, President and CMO of ABG. "The Nylite was a favorite with Tennis stars from Bjorn Borg to Martina Navratilova and was celebrated as one of the first-ever sport shoes that exudes style off the court. With today's lifestyle trends, now is the perfect time to welcome Tretorn to the ABG family and launch it into new categories and territories."

Puma, who first acquired Tretorn in 2001, noted that the sale is "a natural consequence of Puma's vision to become the fastest sports brand in the world, focussing on its core categories within its core brands Puma and Cobra Golf."