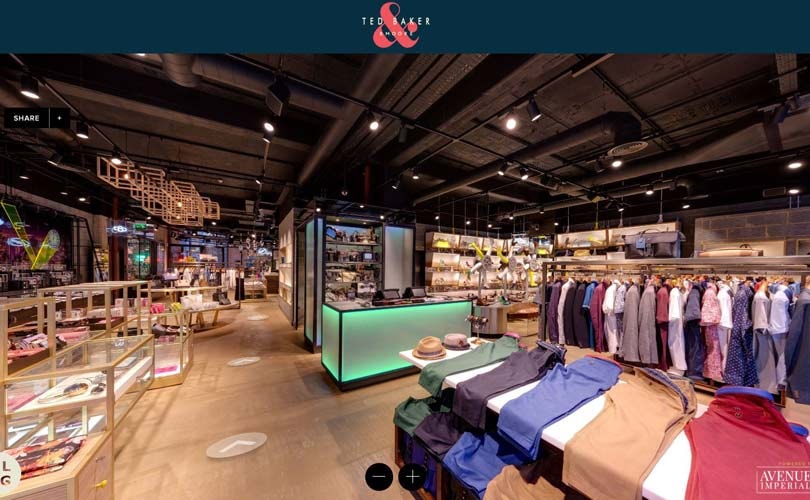 The virtual store was created in a venture with virtual reality pioneers, Avenue Imperial, who have used high resolution panoramic photography software partnered with three dimensional mapping to allow customers to roam the concept store online.

The online platform is fully transactional, allowing customers to double-click on any item in the shop to open the product page on Ted Baker’s e-commerce site, and customers navigate round the store in a similar manner to using Google Street View, and they can also zoom in to see products in more detail.

The launch coincides with the concept store, which opened in Shoreditch on June 5, and offers Ted Baker’s full lifestyle offering, from spectacles to bicycles. The store itself also has digital elements incorporated such as outdoor screens which allow passersby to play games or watch films, a 3D hologram unit, a lenticular device, LED projection, and digital displays.