The rise of vegan fashion, in stats

Veganism is on the rise, so much so that a record number of non-vegans have adhered to Veganuary, a pledge to start the year by challenging oneself to follow a plant-based lifestyle for an entire month. No less than 250,000 pledges were made this year. Whether all these people actually managed to stick to veganism for 30 days it is hard to tell, but data analytics firm Edited went on a quest to find out how the increasing number of vegans has been affecting online retail. Here’s what they found:

The US, UK, Germany and France are the countries investing the most on the vegan market. By the end of January, Edited verified a 75 percent increase in products described as “vegan” in the UK year over year. While the US has only seen an 11 percent growth, the country already has a significantly larger assortment of vegan products compared to other markets (see chart below).

France had a 12 percent growth, but Paris’ commitment to become the capital of sustainable fashion by 2024 may increase the offering of vegan products. Another country to keep an eye on is Denmark, which has seen a 320 percent increase in products described as vegan, according to Edited. 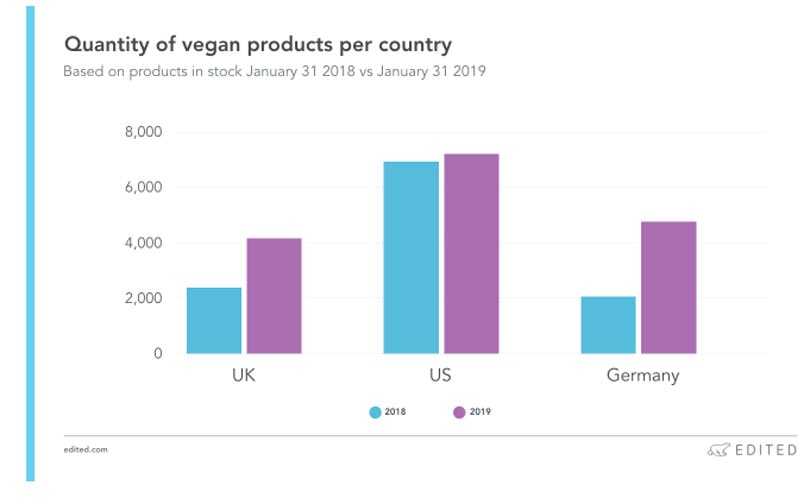 Beauty and footwear industries most invested in offering vegan products

When it comes to launching vegan products on the market, no sector is moving faster than beauty: of all the new vegan items launched in the UK last year, a staggering 82 percent belonged to the beauty category. The beauty sector was also responsible for 40 percent of vegan product launches in the US and 62 percent in Germany last year. That’s due to increasing demand for cruelty-free makeup and cosmetics, which stems not only from the rise of veganism but to shifting consumer attitudes towards animal testing in general.

However, the footwear industry is quickly catching up. According to Edited, vegan shoes accounted for 32 percent of the footwear market in the US last year, up from 16 percent in 2017. UK shoe brands have been a bit slower in catching up with the trend, however: vegan footwear accounted for 16 percent of the total UK market in 2018, up from 15 percent in 2017. But retailers like Marks & Spencer already have an eye on the trend, which is why Edited advises footwear brands to seize the opportunity as quickly as they can. 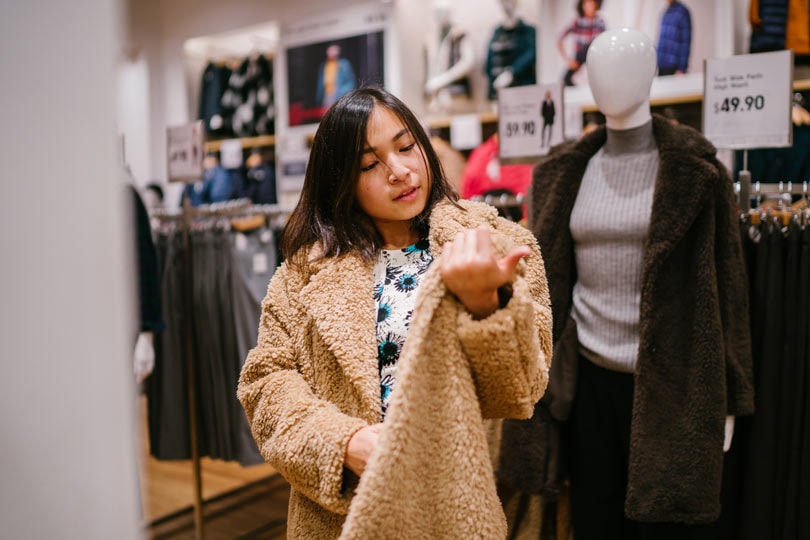 Real fur no longer in fashion

The luxury sector still has a long way to go when it comes to catering for the vegan market. However, last year has seen a plethora of fashion houses pledging to ban fur and exotic skins from their collections, which is a start. Gucci, Chanel, Burberry and Versace are just a few of the major luxury brands which promised to no longer use fur in 2018. As we know, what happens in the luxury market has a trickle down effect on the entire fashion industry, which explains why Edited has registered a 41 percent decline in women’s fur arrivals in 2018 in the UK market alone.