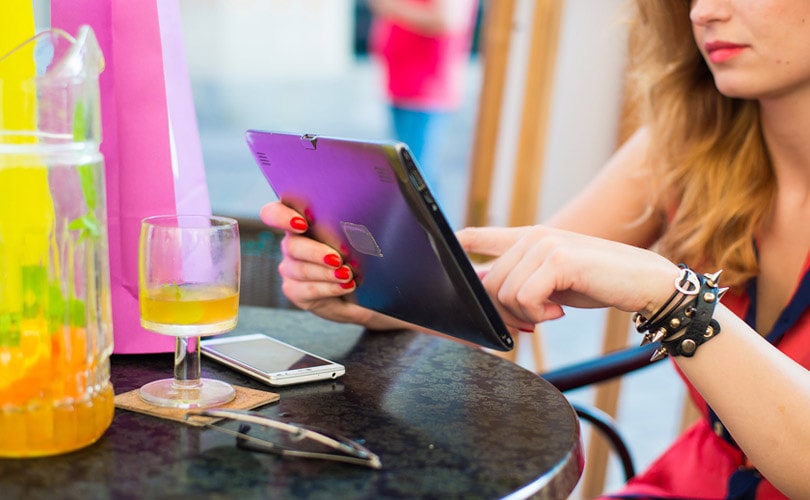 With four in five Britons shopping online over the past year as online sales are predicted to reach 156.67 billion pounds this year, the UK has been listed as the e-commerce hub of the Europe, according to the latest figures from the Office for National Statistics (ONS).

UK consumers have been singled out as the most likely shoppers to complete an online transaction, as 79 percent of the population made an online purchase over the past year an amount that is well above the European average of 50 percent. This increase, up from just 44 percent of UK consumers in 2005, highlights how e-commerce has grown over the past decade.

Other countries in the European Union to reported similar figures to the UK included Scandinavian countries such as Denmark, Norway and Sweden, who found that 75 percent of the general population made an online purchase last year, followed by the Netherlands, Germany and Frances with 71 percent, 70 percent and 62 percent respectively.

However, the research also showed that Italy, Bulgaria and Romania, all lagged behind other European countries in terms of e-commerce developments, with just 22 percent of Italians completing an online purchase last year, followed by 17 percent of Bulgarians and 10 percent of Romanians. 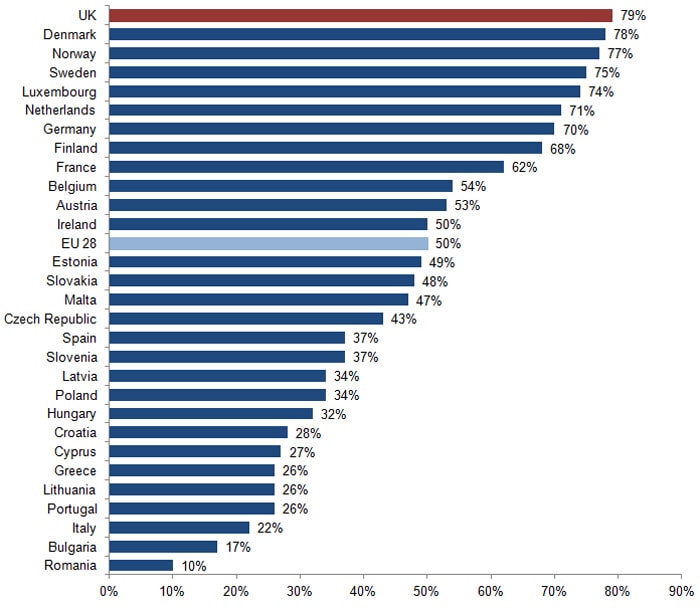 E-commerce sales in the UK have grown a staggering 66 percent between 2008 and 2013, as the boundaries between online and offline shopping continue to blur thanks to the ease of click & collect services on the high street. Julie Deane, founder and managing director of the Cambridge Satchel Company, believes e-commerce has created potential for stronger growth.

“These days it is possible to reach customers in parts of the world a UK brand would not have had reach – total accessibility, global reach – the digital platform allows us to know our customers like never before,” she said to Cityam.

As more and more consumers make the shift to online retailing, e-commerce is now seen as a vital source of revenue for UK businesses, as 20 percent of local companies turnover now stems from e-commerce, according to the ONS. Although this percentage may also be above the European average of 15 percent, it is still less than Ireland’s impressive 52 percent.