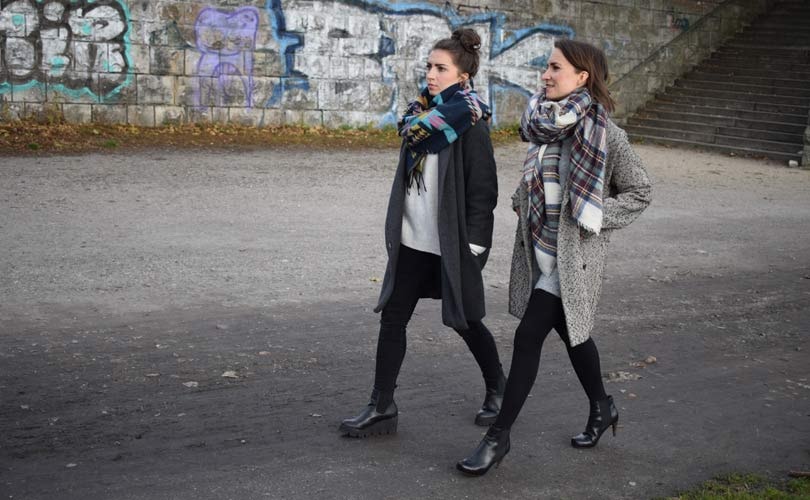 Trend topic: How the second-hand market is growing

Second-hand clothing is becoming increasingly popular, thanks to our full wardrobes and a growing awareness concerning sustainable consumption.

The collection of used and unwanted clothing is booming. At the most recent World Retail Congress, president of Inditex, Pablo Isla announced that the spanish company has already set up used-clothing bins in eight countries and collected 19,000 tons of clothing to date. H&M started placing used-clothing containers in its stores as early as 2013 and has collected 61,000 tons since then, according to the latest sustainability report. In addition, unwanted clothing is also being collected by charities and recycling organisations. The annual amount of unwanted textiles collected in Germany has risen more than 20 percent since the mid-1990s, according to FairWertung, a German charity which collects used clothing, highlighting the increasing interest in second-hand clothing.

The German online shop for second-hand goods, Ubup.com, also reports impressive growth figures in a recent statement. Since the beginning of 2014 the number of fashion items sold has risen by 566 percent and in 2016, the shop sold 1.5 million used items that had been bought by Ubup.com from private consumers. Ubup.com was created by the company Momox, which started out selling second-hand books in 2004. The reseller expects this sector of business to remain profitable in the future. Heiner Kroke, Managing Director of Momox GmbH: “This development shows us that we are on the right path. The share of overall turnover is growing rapidly in the fashion category and is already in the three-digit range. In the coming years, fashion will stimulate our growth in the long term.”

The reasons are easy to identify according to Kroke: “Today, consumers buy more clothing than ever before, on average 60 pieces of clothing per year. According to a McKinsey study, between 2002 and 2015 the quantity of clothing and accessories sold almost doubled. Yet 40 percent of clothing is never, or only rarely, worn. Therefore quite a lot gathers in wardrobes at home.” Selling unwanted clothes creates space in the wardrobe and the financial means to buy something new, therefore, the second-hand market also drives the regular market.

In the past, second-hand goods were bought for primarily financial or ecological reasons, whereas today its popularity has reached all members or society. “Pre-loved fashion,” as second-hand goods are now being called, emphasises that clothing is not disposable and can be treasured by someone else.

At Ubup.com the broad customer spectrum is made obvious through the wide variety of brands sold. According to a recent assessment, Marc Cain has the fastest turnover in the shop among women, with most products from this brand being sold within 30 days. Next on the fastest brand turnover list are Cos, Blutsgeschwister and Paul Green, followed by Basler in fifth place. Among male shoppers, Tommy Hilfiger is in first place, followed by Boss by Hugo Boss, s.Oliver, Joop! and Boss Orange.

A representative study conducted by Momox and market research institute, Gapfish, in 2015 showed that 50 percent of Germans already bought second-hand clothing. When purchasing second-hand clothing, consumers value savings above all, but also pay attention to the quality of the pieces and the trustworthiness of the seller. Sustainability is also playing an increasingly large role for customers, the longer a piece is used and worn, the more sustainable it is.

Second-hand is an ambassador for sustainability

Manufacturers are getting involved in second-hand goods for this reason, not only with the aim to collect and recycle them, like Inditex or H&M, but also to stress the value of clothing as a resource and counteract the common disposable mentality of the fast-fashion industry. Outdoor brands Vaude and Haglöfs currently sell second-hand goods in their own shops, alongside Filippa K, who opened a separate store in Stockholm for second-hand clothing from its’ own brand in 2008.

This article was originally written for FashionUnited.de, edited by Kelly Press.