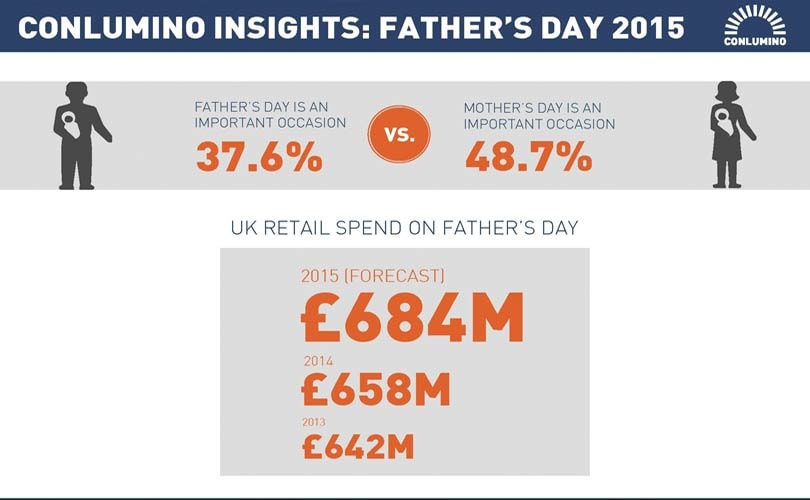 As the UK economy continues to show signs of recovery and real wage growth begins to outstrop inflation, more and more consumers find themselves with larger levels of disposable incomes. With Father's day just around the corner, retail research agency Conlumino predicts fathers throughout the country will enjoy the benefit as total retail spend for the holiday is expect to hit 684 million pounds, a 3.9 percent increase from last year's spend of 658 million pounds.

"Not only are fathers going to benefit this year from the wider improvements in the economy, with increased spending on Father’s Day, but retailers are benefiting from it too as occasions such as these provide a reason to boost sales," said Greg Bromley, retail analyst at Conlumino. Last year a total of 467 million pounds was spent on Father's Day gift and 52 million pounds on Father's Day cards and wrap.

However, in spite of the positive forecast increase on spend for Father's Day, total expenditure for the holiday is still less than that of Mother's Day. Total retail spend on Mother Day's in 2014 was 1.3 billion pounds, which is nearly double the amount spent on Father's Day. In addition, 37.6 percent of consumers feel that Father's Day is an important occasion compared to 48.7 percent for Mother’s Day.