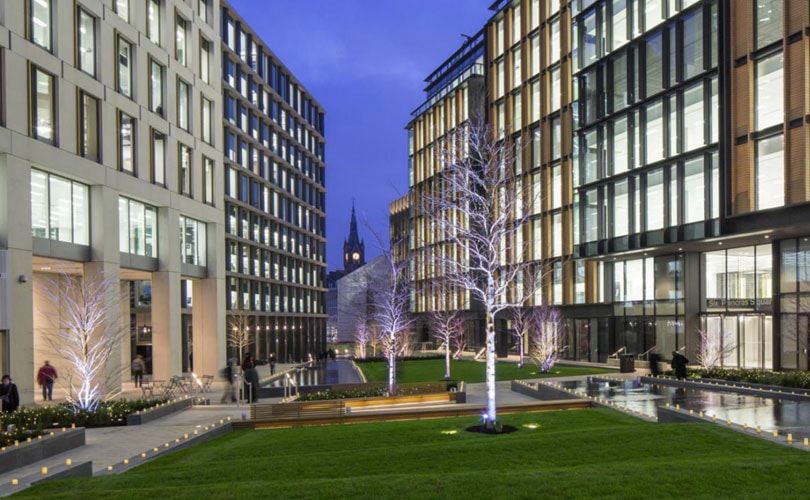 The Government is looking to sell its stake of the King's Cross Central development for the estimated price tag of 500 million pounds.

Property agent Savills and investment bank Lazard are selling a 42.5 percent stake on behalf of the government and delivery company DHL, of the 67 acre site found around King's Cross and St Pancras Station. The site's current occupiers include Google, advertising agency Havas and property arm of French bank BNP Paribas and is thought to be worth up to 5 billion pounds when completed.

The development plan includes 50 new buildings with stores, offices as well as 2,000 new houses. The government's decision to sell its 36.5 percent stake in the development project was previously announced in July's budgets as part of its scheme to raise 3 billion pounds through asset sales to cut the deficit. DHL is selling its 6 percent stake.

"By selling the Government’s shares in King’s Cross Central we are selling an asset we don’t need to keep and maximising its value to the taxpayer," commented Transport minister Robert Goodwill. "The sale will help reduce the deficit and by doing so deliver lasting economic security for working people." Stephen Down, Savills head of Central London investment, added: "This investment not only offers a shareholding in a new London Estate but also a leading mixed use regeneration scheme."

"King’s Cross is a key European gateway to London and in creating a new area of London which combines open space with homes, offices, retail, leisure and education facilities it encompasses everything modern occupiers want and has secured an extremely impressive list of tenants and owner occupiers. With added phases of development underway, this represents excellent value in a market which is set to benefit from further rental growth."