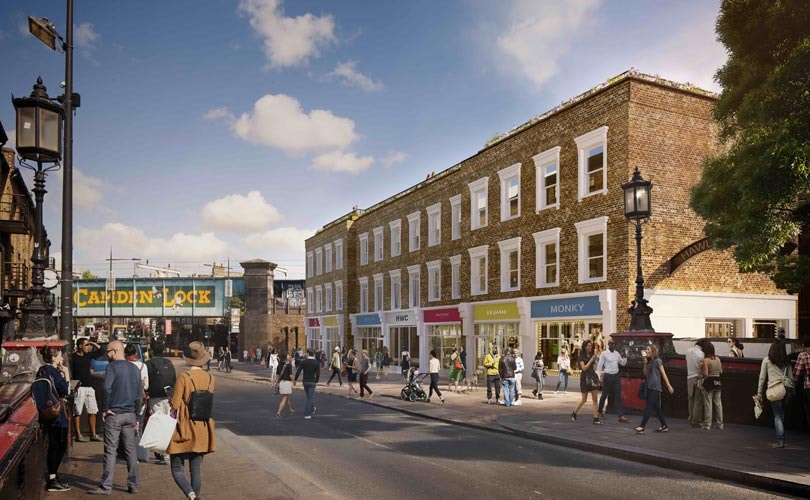 Property investment and technology company LabTech, which owns Camden Markets, has unveiled its vision for the new Hawley Wharf Camden development set to open by summer 2019.

The 580,000 square foot canal-side development, which is bordered by Chalk Farm Road to the west and Regent’s Canal to the east, with a prime frontage on Camden High Street, is set to revitalise the site’s railway arches, which sit alongside new buildings influenced by the area’s existing historic warehouses.

Hawley Wharf Camden will be home to 150 independent and branded stores, over 60 new places to eat, 195 apartments, and 60,000 square feet of Labs co-working space, said the developers, which has been designed to grow Camden’s status as a shopping, dining and leisure destination, whilst respecting its much-loved heritage.

At the heart of the development will be Hawley Wharf Camden’s 30 arches, which will provide space for select UK and international brands and artisan producers. They will sit alongside the largest farmer’s market in North London, a 12,000 square foot fitness concept, unique canal-view rooftop bars and restaurants, and 100 food stalls, while a 24,000 square foot triple height basement will provide an opportunity for a new entertainment and leisure space. 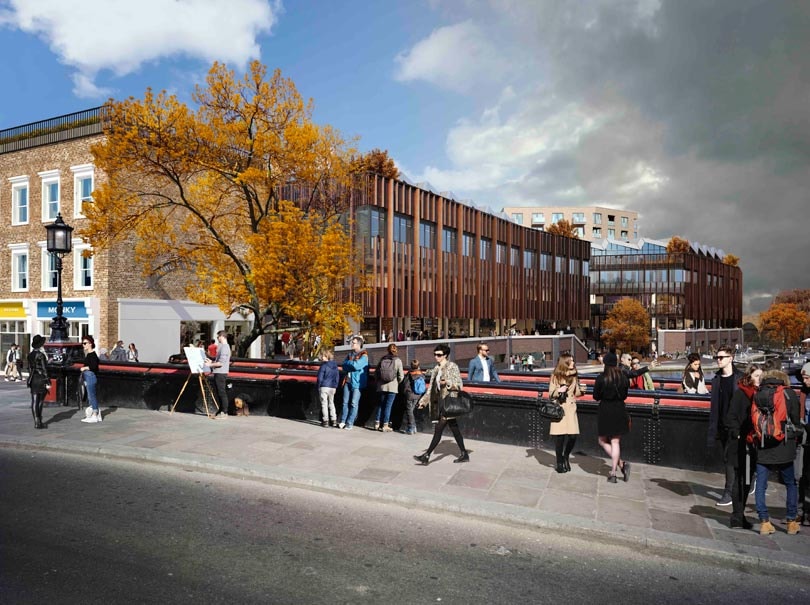 Commercial director of LabTech, Tomer Bercoviz, said in a statement: “We are very proud to be the first single owner of several key sites in Camden. With this ownership comes a clear vision for Hawley Wharf and our other developments – to retain the character of Camden Town while improving the offering for all, especially those who come to shop, explore, eat and drink as well as live and work.

“Hawley Wharf Camden is vital to this mix because its canal-side space draws on Camden’s rich heritage as one of London’s most popular tourist destinations, whilst providing a distinct offer and atmosphere of its own. It is about both shaping the future for Camden Town and respecting its past. We look forward to progressing the development and continuing our work with the local council to deliver this for our retailers, visitors and local community.”

Hawley Wharf Camden is expected to create more than 1,000 jobs and boost the local economy, with the developers stating that the canal-side complex will be a major attraction in North London with visitor numbers to Camden expected to increase to 50 million per year by 2020. Currently Camden has around 30 million visitors a year, equivalent to around 80,000 visitors every day.

The vision of the new mixed-scheme venture coincides with the appointment of Colliers International to lead the retail, food and drink, and leisure leasing for the development.

Bobby Blake of Colliers International, added: “Hawley Wharf Camden provides a destination of choice in the capital for visitors seeking a really distinctive experience. The history of Camden adds a layer of unique culture that people will not find anywhere else in London.

“Hawley Wharf Camden presents the opportunity for retailers, food and entertainment, and leisure operators to find a new way to reach their customers. We can provide spaces for independent retailers in an established London location, and we are committed to making sure that Hawley Wharf Camden will be a genuine ecosystem.”

LabTech owns and operates a global property portfolio, concentrated in urban centres such as London, Tel Aviv, Lisbon and Madrid. London is at the heart of LabTech’s plans, with an existing portfolio of 2 million square feet of property across Camden, Holborn, and Kings Cross and Hackney. Its aim is to create urban communities that provide co-working, living, commerce and leisure.