Leading shopping centre group Westfield has debuted its vision for the future of retail under the concept 'Destination 2028.' Described as a "hyper-connected micro-city," the concept is driven by social interaction and community. 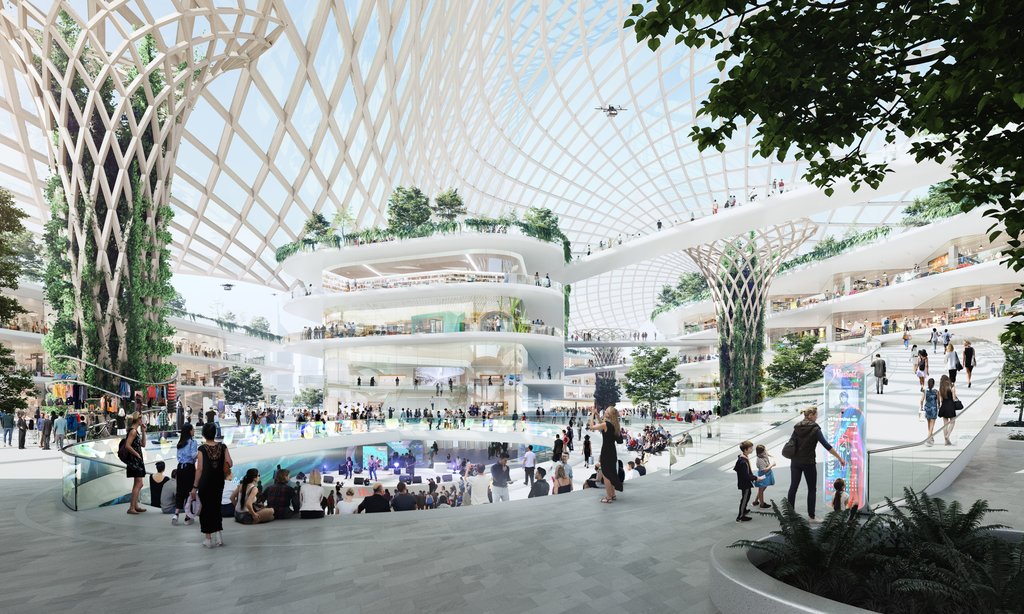 The new concept, which was developed using insights from a panel of experts, including a futurologist, fashion technology innovator, retail specialist and experimental physiologists offers shoppers a peak as to how the future of retail may develop over the next ten years. The revealing of Westfield's Destination 2028 comes as the company celebrated a decade of pioneering retail in London, as Westfield London prepares to mark it 10th anniversary on October 30th, 2018.

"As we celebrate 10 years of pioneering retail in London we’re already looking forward to the next decade," commented Myf Ryan, Chief Marketing Officer at Westfield UK and Europe in a statement. "We’ll continue to work closely with brands to deliver innovative retail spaces that create the ideal environment for them and our visitors – including developing technologies that converge digital and physical shopping to enhance that Extra-perience in state-of-the-art surroundings." 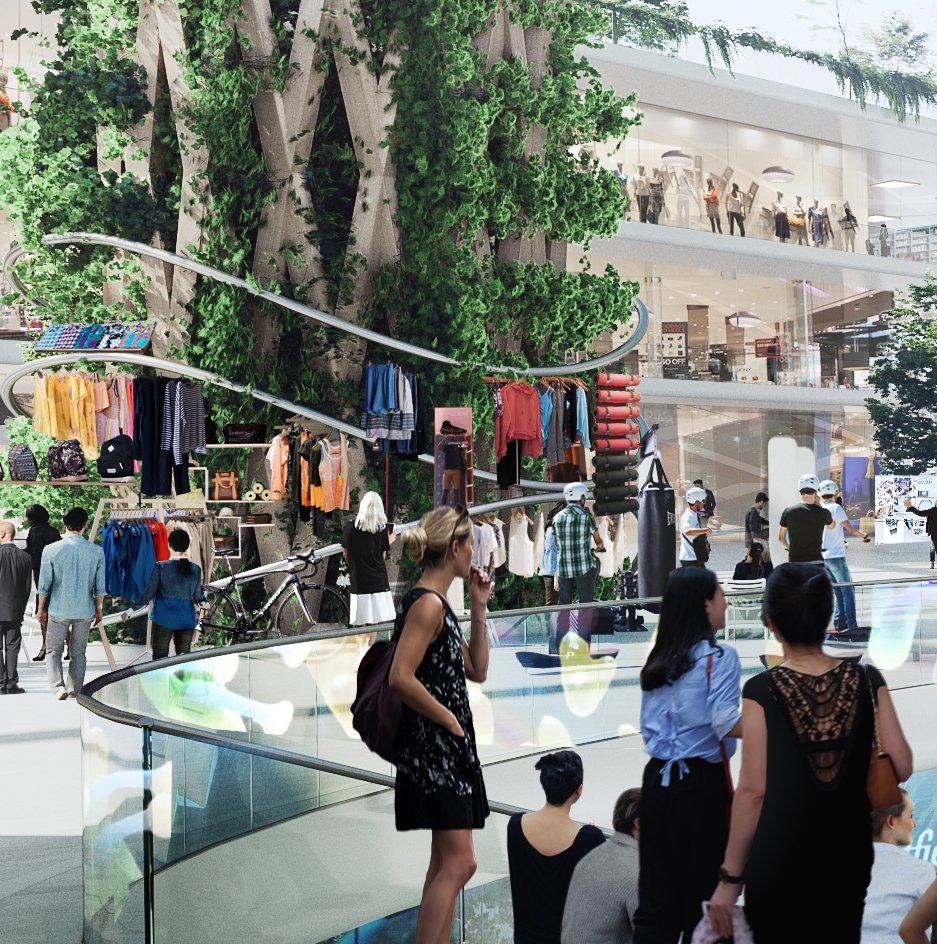 The CGI images released of the new concept include hanging sensory gardens, artificial intelligence infused walkways in an environment designed to cater to every need of a new generation of shoppers. The concept focuses on the growing importance consumer will place on experience, leisure, wellness and community rather than concentrating solely on retail. New technologies are seamlessly blended with back-to-basic concepts, such as gardens and 'classroom retail', where people can learn from retailers together with 'rental retail.'

Tech-enabled additional forms of experience, such as eye scanners recalling information on entry on a visitor's former purchases and recommendations for personalised fast-lanes, play a central role in Destination 2028. Magic mirrors and smart changing rooms will give shoppers a virtual reflection of themselves wearing new garments, while other innovations, like smart loos that can detect hydration levels and nutritional needs, aim to further enhance the shopping journey.

As health and wellness continue to become a priority for consumers, the new concept also incorporates a 'betterment zone' where visitors can participate in mindfulness workshops while enjoying green spaces indoors and outdoors. The addition of allotments and farms will offer visitors the chance to pick their own produce for their meal, while a network of waterways offers an alternative route around the shopping centre in addition to access to watersports. 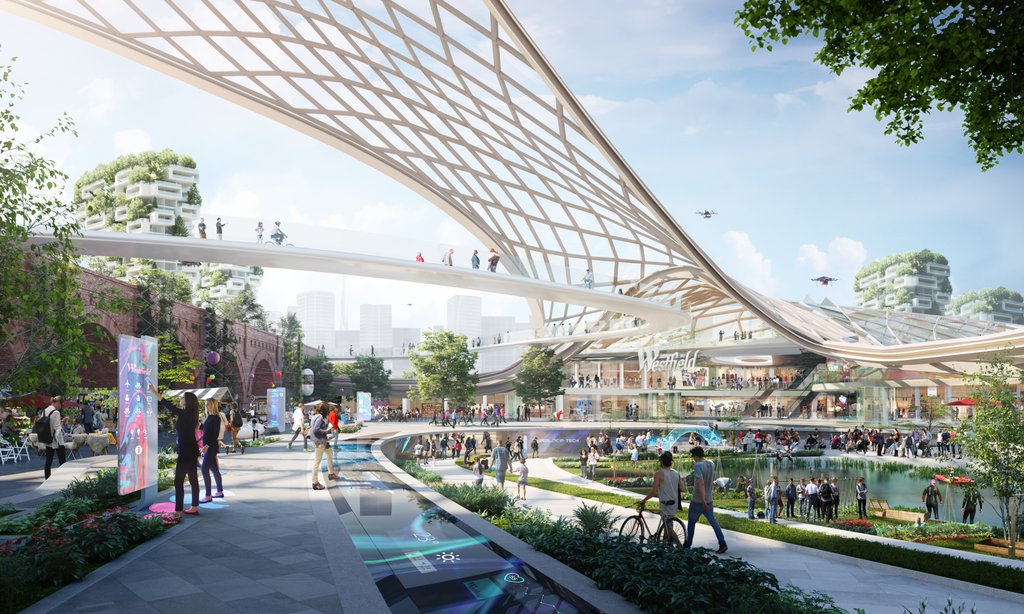 Stores of the future will act a showcase for classroom retail, as the makers and production process behind products take centre stage, ranging from craftspeople creating a masterpiece in front of a live crowd to resident artists painting in a live gallery. With leisure and entertainment becoming a central part of attracting the next generation of visitors, new stage areas will host a series of showpiece interactive activities and events.

Westfield’s ‘Destination 2028’ concept also highlights the rise of the sharing economy, as rental-retail is predicted to become the norm for post-millennials, seeking to rent everything from apparel to exercise gear. Pop-up spaces, temporary retail, and co-working spaces are also likely to emerge in the future of retail, according to the panel of experts.

The listed trends for 2028 are already forming the future of retail at Westfield London, where a new outdoor shape is set to launch this summer. Westfield Square, the focal point of the centre's 600 million pound expansion, focuses on bringing together dining, entertainment and experience.