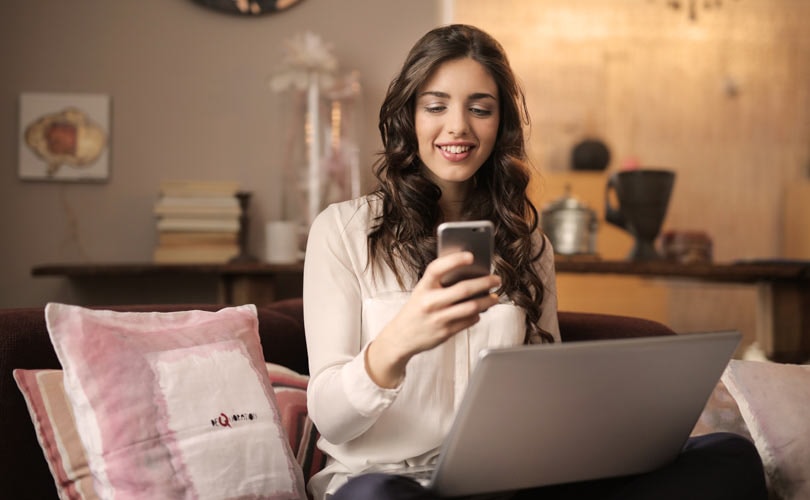 Will Etsy be the next Amazon? Facts and figures about e-commerce in the US

Watch out, Amazon, for Etsy is becoming the online marketplace of choice for many US shoppers. That’s one of the conclusions in the latest report on the state of e-commerce in the United States, published this week by the Ecommerce Foundation. Amazon websites continue to be the undisputable champions in popularity, having gathered 197 million visits as of December 2017, but Etsy has seen a 40 percent growth in sales in Q3 2018 and its stock went up 150 percent this year -- that’s 110 percent more than Amazon’s.

The reason for such impressive growth? The increasing number of consumers who take corporate social responsibility into account when online shopping. About 56 percent of American consumers are willing to spend more on a product if it comes from a company known for its commitment to social value, according to the report. Best known for promoting small and medium-sized entrepreneurs, Etsy sells handcrafted, vintage and custom items. Basically the online version of the “support your locals” motto. “I was quite surprised to see how quickly Etsy is up-and-coming amongst online marketplaces in America”, Sara Lone, Research Coordinator at the E-Commerce Foundation, told FashionUnited. “We typically think of Amazon as this behemoth in e-commerce, however I do think the tide is changing as millennials are shopping more online and changing the landscape of the market to be more ‘millenialized’”.

Amazon came under fire earlier this year after a report by nonprofit organization New Food Economy exposed the e-tailer is one of the American companies with the most employees receiving SNAP benefits, also known as food stamps. In Arizona, for example, nearly one in three Amazon employees were on food stamps or lived with someone who was in 2017. Senator Bernie Sanders was among the people who most vigorously called out Amazon over its working conditions, leading the company to raise its minimum wage to 15 US dollars an hour in October.

Etsy, on the other hand, made headlines for gender equality: women make up 55 percent of its workforce and 50 percent of its board of directors, not to mention 87 percent of the vendors on the platform are women. While there’s no data showing if the recent controversy has affected Amazon’s sales, or if consumers are actively migrating from Amazon to Etsy, the Ecommerce Foundation deems Etsy to be emerging as an alternative.

Regardless of which one they choose, starting entrepreneurs looking to build a customer base online are advised to take advantage of online marketplaces such as Amazon, Etsy, eBay and so on. “Small ecommerce sites are embracing the opportunity to expand their brand simultaneously through their own site and their store on Amazon. There is no contradiction between these channels and it only helps to build a brand”, Jonny Steel, VP of Marketing at Payoneer, is quoted in the report as saying.

US shoppers want free shipping, but are willing to pay extra for express delivery

There’s one thing in Etsy’s way, though: shipping. Less than 20 percent of its vendors offer free shipping, while consumers tend to be more willing to buy a product when they think they’re getting something for free. 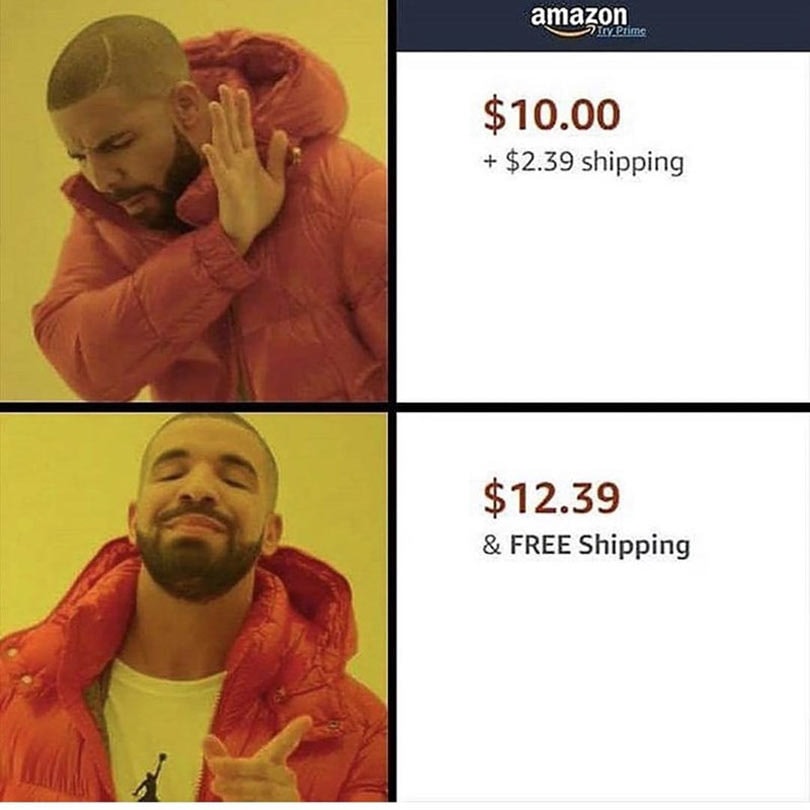 However, even though Americans prefer it when shipping is said to be “free”, they are surprisingly open to the idea of paying extra to have their purchases delivered faster. 64 percent of US consumers would like online shops to offer express shipping, of which 51 percent are willing to pay a fee for such a service.

When it comes to the place of delivery, over 80 percent of consumers still prefer to receive their packages at home. But the availability of other options is appreciated, especially by younger generations, with 34 percent of consumers aged 18-29 having purchased something online and picked it up in-store at least once. Delivery to lockers, a recent focus for Amazon, is currently used by less than 5 percent of Americans. 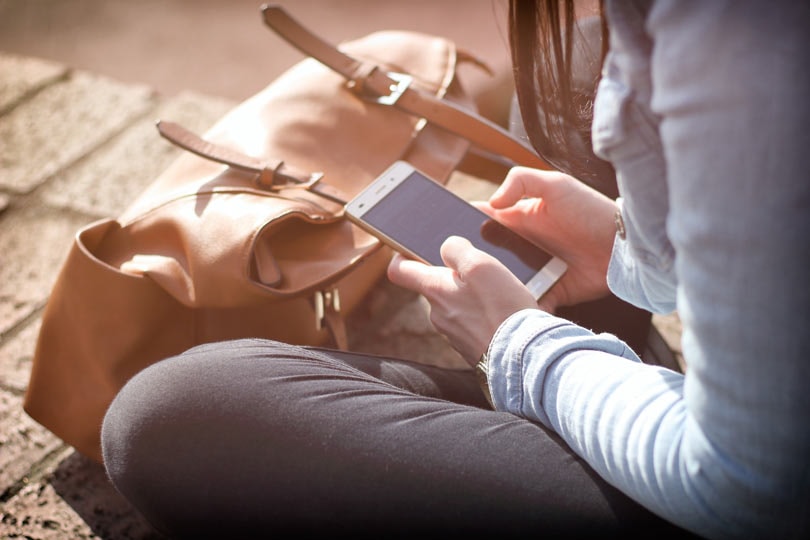 The future is mobile

According to the report, Americans are expected to shop online more and more. The amount of consumers using the Internet to shop is forecasted to grow by 11 percent in 2018, compared to just 3 percent last year. Most e-shoppers buy something online once a month (32 percent) but 29 percent do it as frequently as once a week.

In addition to seeing Americans shopping online more often, retailers can also expect them to do so via mobile devices. No less than 40 percent of online purchases were made using a smartphone or tablet in 2018, and the percentage is forecasted to grow to 45 percent next year and 49 percent in 2020. Mobiles are also the preferred device to keep track of deliveries (mentioned by 75 percent of respondents) and to redeem coupons and discounts (63 percent). However, when it comes to fashion, most American consumers still prefer to shop using a desktop computer: only 26 percent of apparel and accessories sales in 2018 were completed using a mobile device.

These results came as a surprise for researcher Sara Lone. “I found it shocking that mobile commerce is on the rise. The US still lags behind many countries in adopting mobile purchasing, however this shift could be due in part to millennials becoming the main online shopping audience”, she ponders. “The fact is that small and medium-sized companies will need to consider their mobile ecommerce strategy in the US more and more to stay competitive”.

Of the most prominent e-tailers, eBay is one step ahead: theirs is the number one retail app in the US for both Android and iOS. 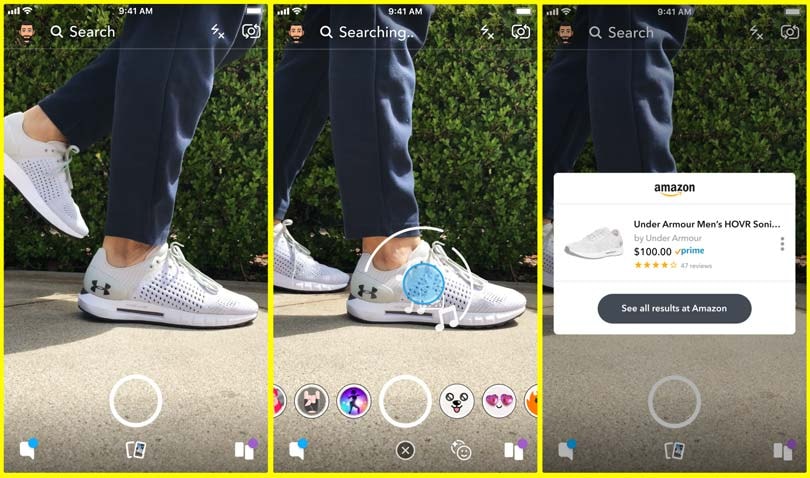 Even though social networks such as Instagram, Facebook and Snapchat are working hard to become e-commerce platforms in their own right, the vast majority of American consumers still doesn’t see them that way. 82 percent of them simply don’t use social media to shop. Facebook messenger payments aren’t popular either, with 79 percent of surveyors saying they either don’t have an account or don’t use it. The main reason for social media shopping to not have stuck yet is security: 71 percent of US consumers are worried about it not being safe. Privacy comes next on their list of concerns, having been mentioned by 65 percent of surveyors, followed by legitimacy: 64 percent of consumers aren’t sure social media is a legitimate channel for the transaction.

Digital wallets are another example of an innovation failing to stick. 53 percent of shoppers said they do not use them and aren’t interested in trying them either. Credit cards remain the most popular payment method, preferred by 62 percent of Americans.

Even though the US have such a mature e-commerce market and high purchasing power, the majority of consumers (66 percent) still buy from domestic websites only. 27 percent of Americans report to shop both domestically and cross-border and a mere 7 percent prefer to buy exclusively from businesses based abroad.

What does an e-tailer from another country have to do, then, to win the hearts and minds of American consumers? Ecommerce Foundation asked a series of experts to share their tips in the report. The first thing to think about is your domain name: “most e-commerce businesses outside of the US are likely to be using a local ccTLD like .jp or .uk. This is a great choice for a local e-commerce business as it is generally trusted in the local market”, explains Hiro Tsukahara, CEO of GMO Registry. “However, an e-commerce business planning to go cross-border needs to consider different currencies, different payment methods and different languages, so it may make sense to separate these out under a different domain name”. 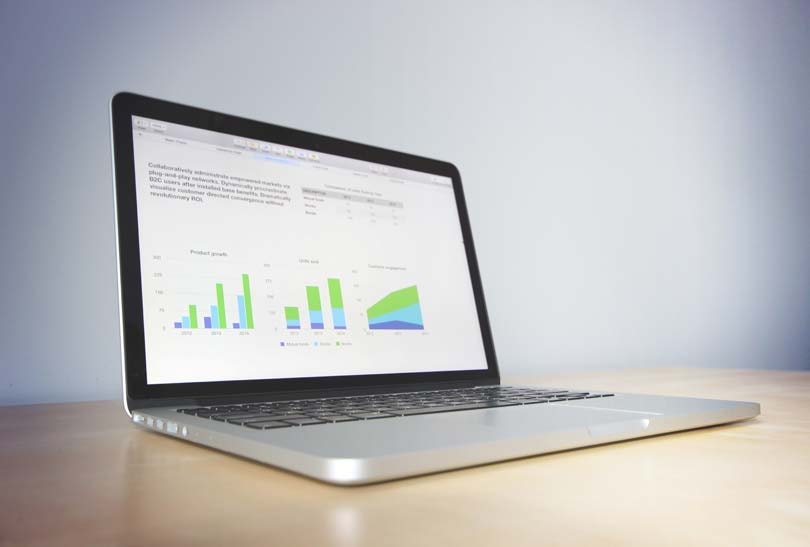 Secondly, online retailers are advised to use data analytics to understand their customers as much as possible. “Make sure you have intelligent, actionable data to deliver the most relevant and meaningful customer engagements in sales, digital, service, and marketing”, recommends Wendy Cismoski, VP of Marketing, Americas, at SAP Customer Experience. “It’s important to give customers what they want, when they want and how they want it -- all the time”. Cismoski also stresses the importance of speed and consistency for brands looking to build a loyal customer base.

On a market dominated by millennials wanting to shop with purpose, storytelling is just as important as the products. “Launching a company is not just about selling something and making a living. It is also the ability to tell your story about who you are and what you are passionate about”, says Stuart Nussbaum, Partner and Consumer Products Sector Leader at Mazars USA, also quoted in the report. “The recent rise in awareness of the need for environmental sustainability in the fashion world is primarily being fuelled by emerging companies such as Allbirds, Everlane and Patagonia who are intent on transforming the fashion world into a more sustainable industry”.

Last but not least, retailers should do their best to make their customers feel special. Those offering unique access to designers and brands have a considerable advantage against the competition. “Personalization and differentiation are not easy to execute, but it is essential to make retail work the way customers are hoping and, increasingly, expecting it to”, concludes Nussbaum.