German internet giant Zalando is taking its business growth to the next level as it begins construction on its campus in Berlin. Zalando, which hired more than 2,000 new employees in 2015 alone, is extending its current office space to a campus located in the heart of Berlin, within the Friedrichshain/Kreuzberg district.

A symbolic, groundbreaking ceremony took place earlier this week in the presence of Mayor Michael Müller (SPD), Urban Development Senator Andreas Geisel (SPD) and Zalando board member David Schneider. "We are very happy about the growth of Zalando and the associated creation of new jobs," said Rubin Ritter, a member of the management board at Zalando in the retailers new online magazine "All about the Z" . "Our objective is to give our employees in Berlin a work environment that allows for creativity while also bringing our employees closer together."

Hover your mouse over the construction plan to learn more. 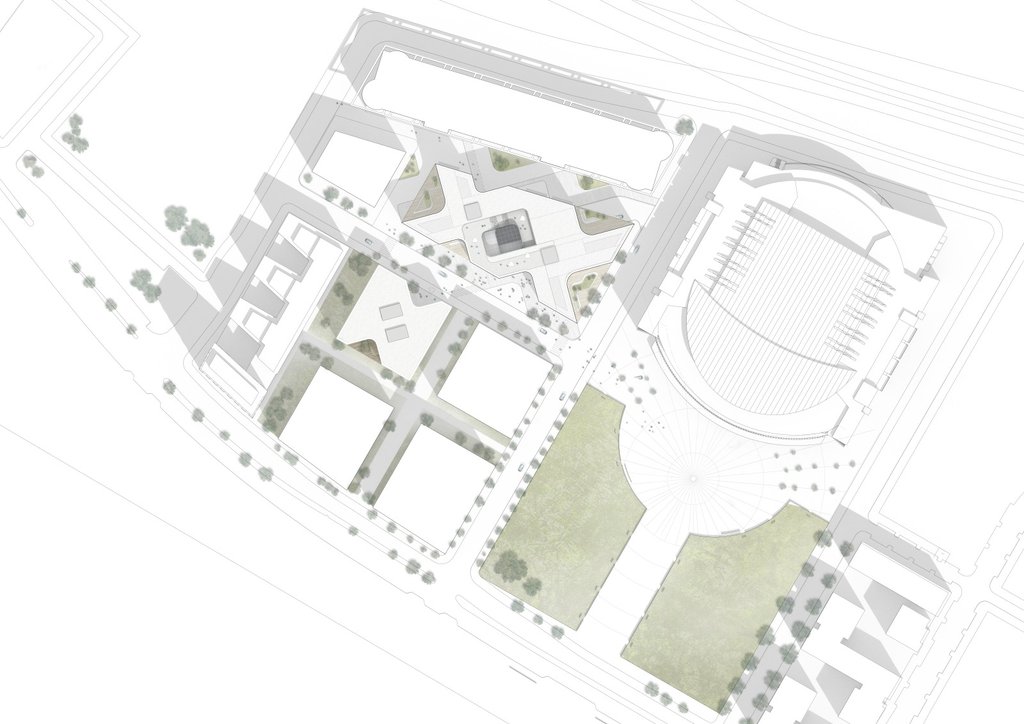 The new campus, which is slated for completion by 2018, will have space for 5,000 Zalando employees and will be anchored by a seven-story building designed by the architectural firm Henn. The new office complex aims to reflect the city's aesthetic as the creative and innovative capital of Germany. The Atrium will act as the heart of Zalando's new headquarters, and the building will offer open-space offices, a 400 square meter rooftop terrace, a basketball court with a sports areas and showers, as well as a food court and kindergarten.

Once finished, the new Zalando campus will include its current head office at Tamara-Danz-Strasse all the way to its photo production site located in the former Postbahnhof, spanning close to 100,00 square meters. The campus is set to be ready for use in time for the fashion giant's ten year anniversary and highlights the company's ongoing expansion. Last month saw the German retailer announce the construction of new logistic centers in Poland and France as Zalando published strong numbers for its first half year.