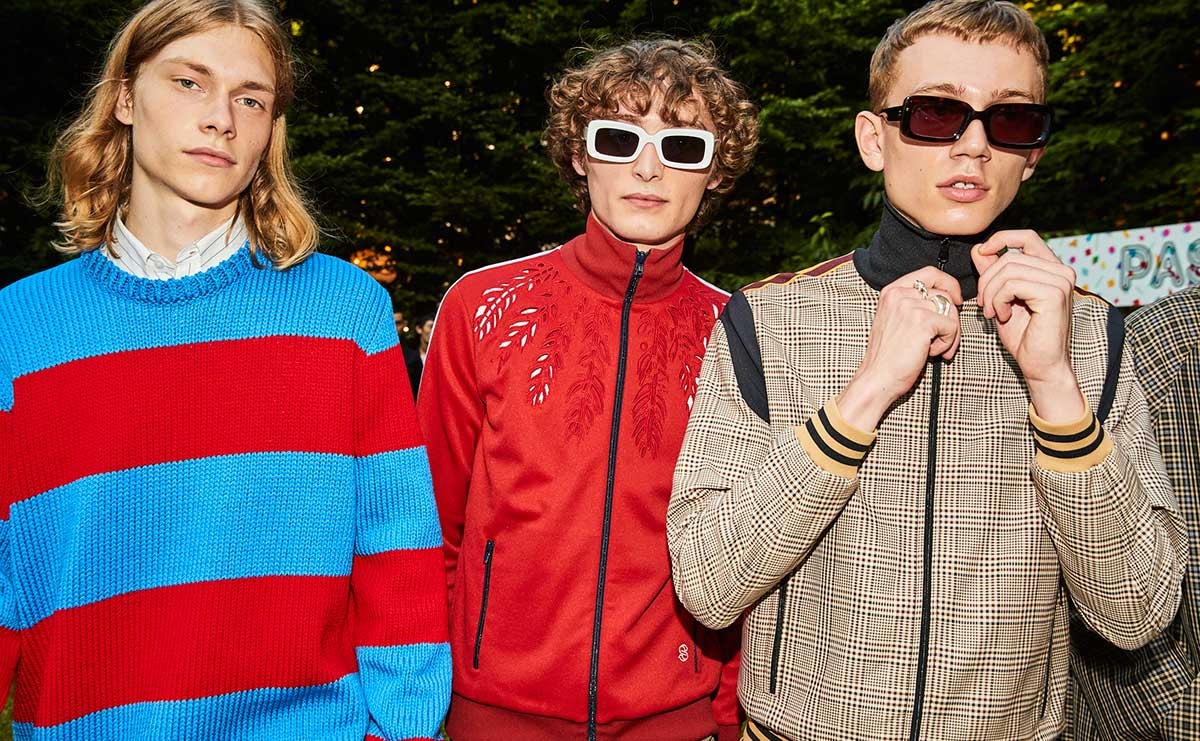 5 things to watch out for during Milan Men's Fashion Week

On Friday the global fashion pack will head to Milan, the de facto capital of Italian fashion, as the official men's Spring Summer 2020 show season begins. The menswear event not only cements the economic significance of the country's luxury brands and businesses, but showcases the wider craft of the Made in Italy brand representing the country's many designers, manufacturers, fabric suppliers and ateliers.

In numbers, the fashion capital generates a turnover of over 20 billion euros, and the wider Lombardy area has over 34,000 active businesses in fashion and design, more so than any of the four major fashion capitals. The competition and opportunities for growing businesses are unparalleled, with a surge in exports growing double digits, up 13 percent in 2017, thanks to the rising demand of Italian goods.

Milan is also one of just three cities that has a Fashion Technology Accelerator (FTA) programme, founded in Silicon Valley in 2012 that later expanded to Seoul and Milan. The FTA is exclusively dedicated to supporting start-ups who are at the intersection of technology and fashion, helping young enterprises accelerate their businesses with access to expertise and resources, which are often limited without industry contacts.

The four-day event is also home to Milano Moda Uomo, a tradeshow and catwalk platform that aims to market Italian designers to the wider industry. This year the show is expected to receive 8000 Visitors coming to see its 120 exhibitors. A highlight of MMU is its Graduate fashion show, organized by the Camera Nazionale della Moda Italiana, who aim to further nurture its local talent.

Here are our top five picks of what to look out for this Milan Men's Fashion Week: 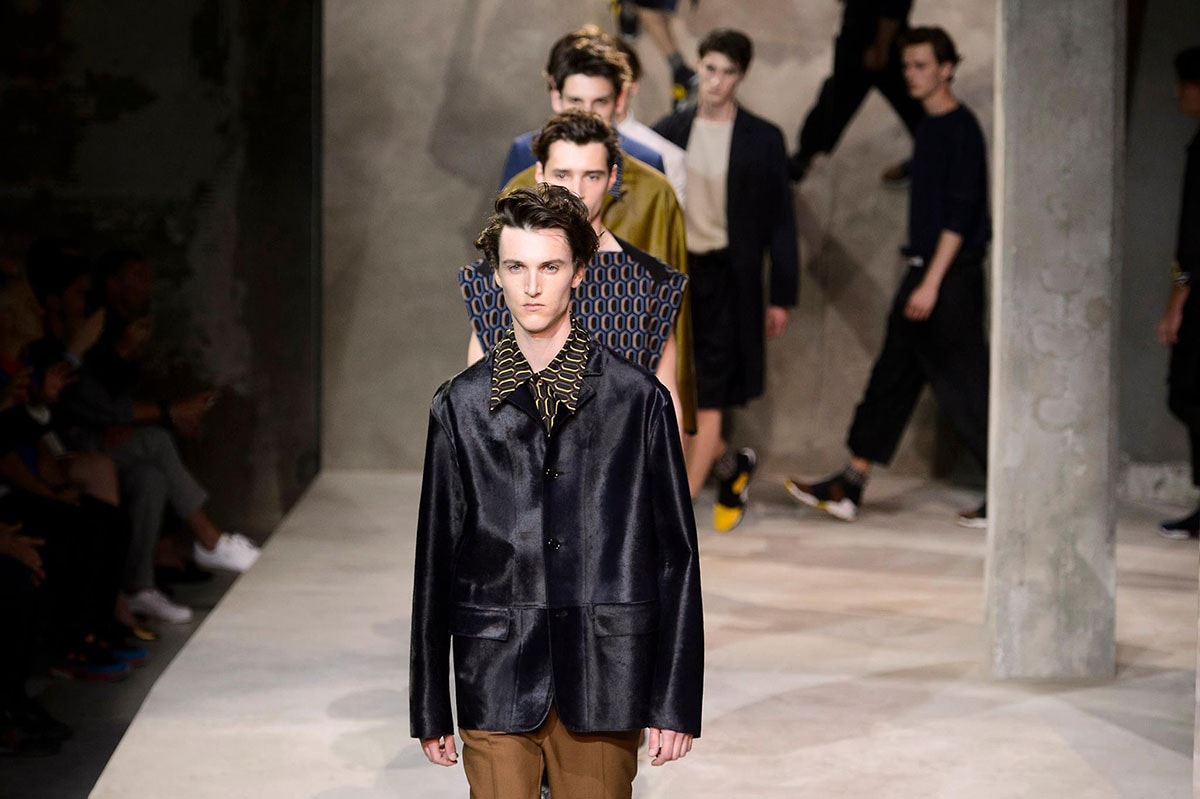 Opening MFW is Milano Moda Graduate, the project designed by the Camera Nazionale della Moda Italiana (CNMI) to bring visibility to the work and talent of fashion's future generations and show the work of top students in Italian fashion schools. This season will be the platform's fifth edition of the project, which sees students present their collections in a wide range of categories, from design to visual merchandising, wearable technology, sustainability, model making and tailoring. Supported by YKK Italy, eleven finalists were chosen to create a special zip-inspired outift for a fashion show with a winner being selected to take home a prize for the most representative outfit.

The SS2020 season will see a series of catwalk debuts during Milano Moda Uomo, thanks in part to the support of the CNMI. Designers who will show their collections for the first time on the official calendar include South Korean streetwear brand Youser on June 16th, gender neutral label Edithmarcel, Spanish designer David Catalan and Miguel Vieria on June 17th. Vieria, who hails from Portugal, said "being on the official calendar of the world's main fashion men's fashion week has always been a goal because it represents an unequivocal recognition of the work I've developed throughout my career. I am very happy because it will project my work in a much broader way. I waited 15 years for this to happen," the designer revealed to the Lusa Agency. 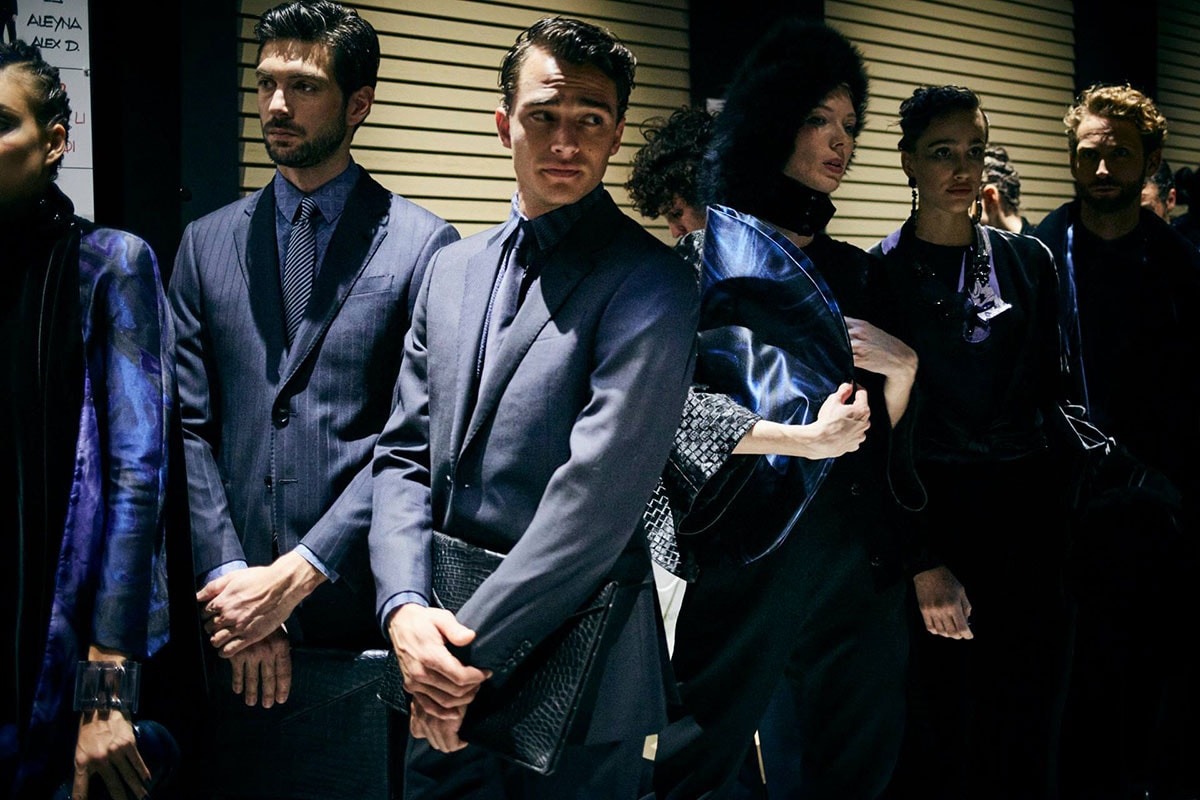 Urban skatewear brand Palm Angels has been around since 2015, but at near cult status amongst skate aficionados it is one of the brands to watch out for during Milano Moda Uomo. The hot ticket event is only the company's third fashion show, returning to Milan after a season in New York. Palm Angels founder Francesco Ragazzi is also the Art Director at Moncler, and last week revealed a collaboration with Moncler Genius in London, a capsule of urban outerwear silhouettes with a punk spirit. The Palm Angels show will take place on Sunday, 16 June at 7pm.

London-based designer Stella McCartney will return to Milan Men's Fashion Week a second time after joining the men's schedule in January this year. McCartney, who usually shows womenswear in Paris, will showcase her SS2020 men’s and women’s collections during a special presentation on MFW's opening day. So far the location has been kept under embargo.

In the absence of some of Milan's biggest names, notably Prada who decamped to Shanghai to show its SS20 collection last week and Ferragamo and MSGM who showed at Pitti Uomo, Italian stalwart Giorgio Armani will close MFW on June 17th. Armani, who has two shows on the official calendar, will unveil his Emporio collection at Armani/Teatro on June 15th, while the mainline will close the week at Armani's historic headquarters, the Palazzo Orsini on via Borgonuovo, to which the designer is returning after an hiatus of 18 years. Last year Armani held his fashion show in an airport hangar, but nothing beats coming home.

The importance of Italian menswear

“This edition’s calendar rises to the challenges posed by the globalised and fluid dimension of fashion. Alongside the men’s collections at our June Milano Fashion Week there will be many women’s collections, numerous international brands, new names and a multitude of other events enriching the calendar. All of which proving Milan’s central role in the world’s fashion week system in terms of both creativity and business, thanks also to its trade fairs and above all the 800 showrooms representing over 3,000 brands. In Italy, men’s fashion accounts for 39 percent of total fashion exports. And considering exports to non-EU countries alone, men’s fashion accounts for nearly 55 percent of total Italian fashion exports,” CNMI chairman Carlo Capasa said in a statement.