Friday 28 February, in the heart of Paris fashion week on the verge of psychosis, Anna Dello Russo shines like the sun. We are at Le Bon Marché where the famous Italian journalist is giving a conference in front of a young and attentive audience. She is here as Fashion Brand Ambassador of the Istituto Marangoni, a prestigious fashion and design school founded in Milan in 1935 and which has had an establishment in Paris since 2006.

This new role is obviously close to her heart and fits her like a glove. "The future of fashion is in your hands" she asserts to the budding designers in the audience. As she recounts her extensive career - 18 years at Italian Vogue, six years at Uomo Vogue where she was editor-in-chief from 2000 to 2006, and then her long stint at Vogue Nippon as Fashion Director at large - the editorial extravagance of this young audience shows a palpable curiosity. She gladly hands them the microphone to find out where they come from. One of them comes from Brazil, another from Australia. Young, mixed, international audience.

Helmut Newton had described her as a "fashion maniac". This is still the case, of course, and his outfit proves it. But the world has changed and so has fashion. Anna Dello Russo knows it, says it, and does not feel any compelling nostalgia for it. Positive, enthusiastic, but lucid and measured, she answers our questions with a luminous frankness before meeting in the VIP area a score of customers of the department store with whom she has accepted to play the role of Personal Shopper with good grace. 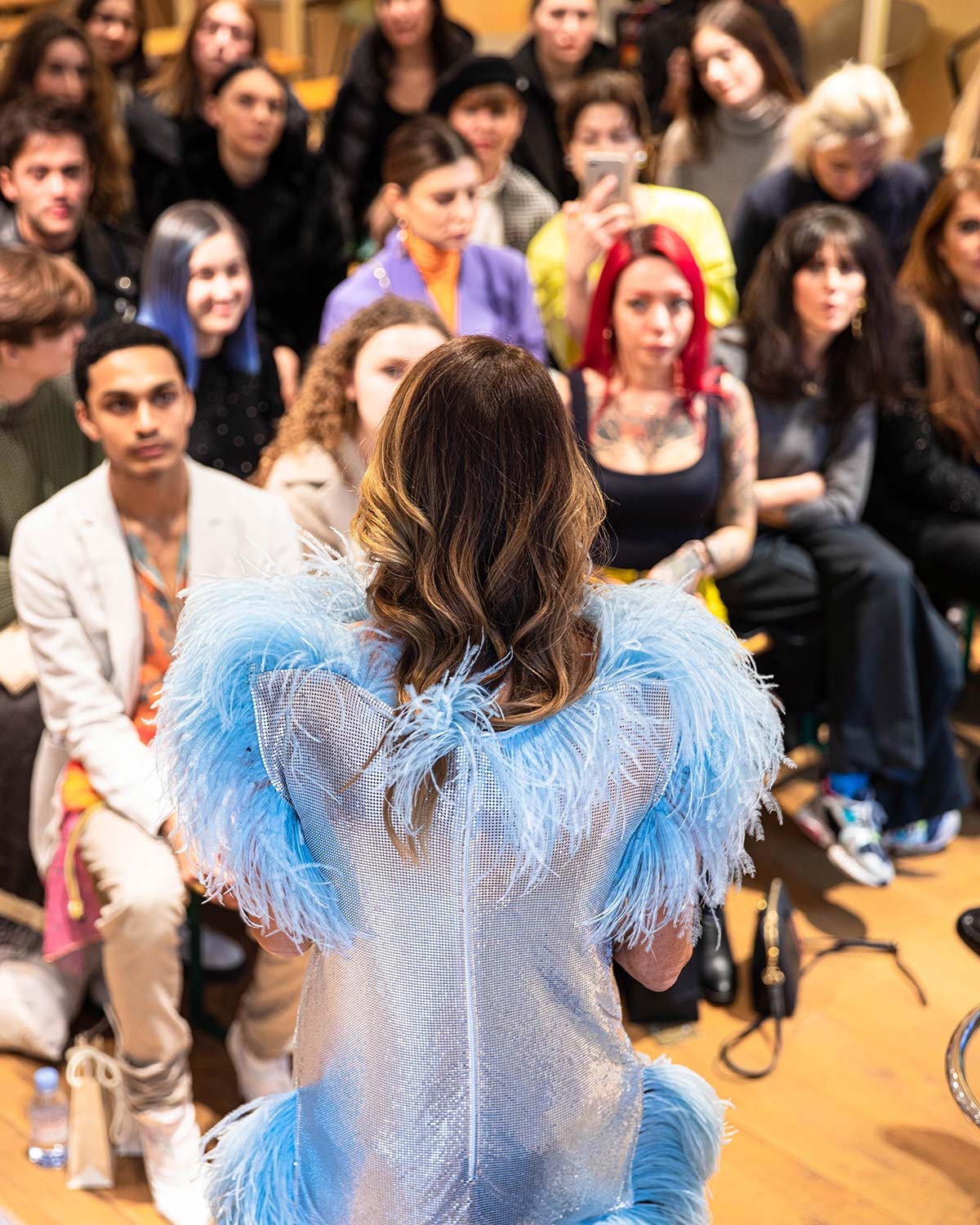 In the lecture you have just given, you indicate to your young audience that the world of fashion is now theirs. You also talk about your retirement. Isn't it a little early?

No, I think it is. It's time for me to devote myself to meditation and yoga. Of course I have plans and desires, but they are no longer related to the world of fashion. It's up to the young people now to deliver their vision. This is the meaning of my role as an ambassador for Instituto Marongoni. I want to contribute to the training of a new generation of fashion designers, with dreams and goals that are courageous but achievable.

Precisely, what are the first pieces of advice to give to anyone who wants to become a fashion designer?

First of all you have to believe in yourself of course, and you hang on because it's an exciting but difficult job. Then you have to work for yourself and above all for the joy of doing a job you are proud of. Don't necessarily work for other people's eyes, and don't cling to one title, whether it's art director or editor-in-chief. Titles today are fluctuating and almost a little outdated, as the creative process becomes collective. Which is fine. What's important is to flourish in one's profession. 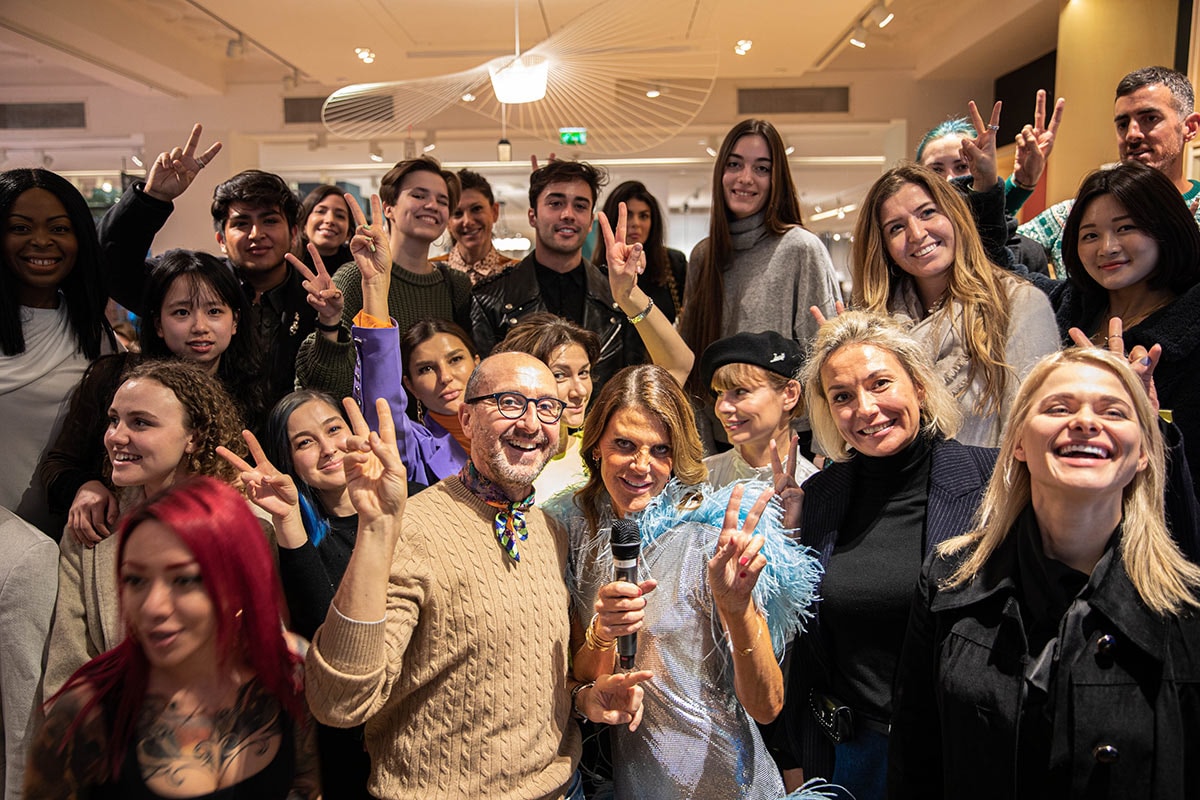 Ego and flamboyance are, however, an important part of the job. You yourself have been known to change outfits 10 times a day between shows. Legend even has it that you never wore the same outfit twice. Would it still be possible today?

No, no, impossible. The world has changed. Wearing an outfit once is no longer possible. We're all aware of the ecological awareness now and we can't pretend we don't know the ecological cost of our industry. We can continue to shine and love clothes - I still love them madly - but we have to do it differently.

What are you wearing today?

Just look, I'm wearing Gucci shoes from the Tom Ford era. Several people here recognized them and were happy to see them. I see the search for style now as an act of curation where you have to recompose different looks from well-chosen pieces.

How do you look at current fashion?

A very positive outlook. It's a means of expression that is still as exciting as ever. And I'm not overly concerned about the disappearance of magazines. Cinema hasn't killed the theatre, radio hasn't killed concerts, books haven't been killed by any of the revolutions that were supposed to bring it down. All changes are a source of healthy questioning and a good opportunity to exercise one's imagination and creativity. And I also believe that egocentricity is giving way to empathy, to something more collaborative. You can no longer be disconnected from society. Fashion now is a mix between the spirit of frivolity and the spirit of seriousness, and that's fine.

This article was originally published on FashionUnited.FR and has been translated and edited.