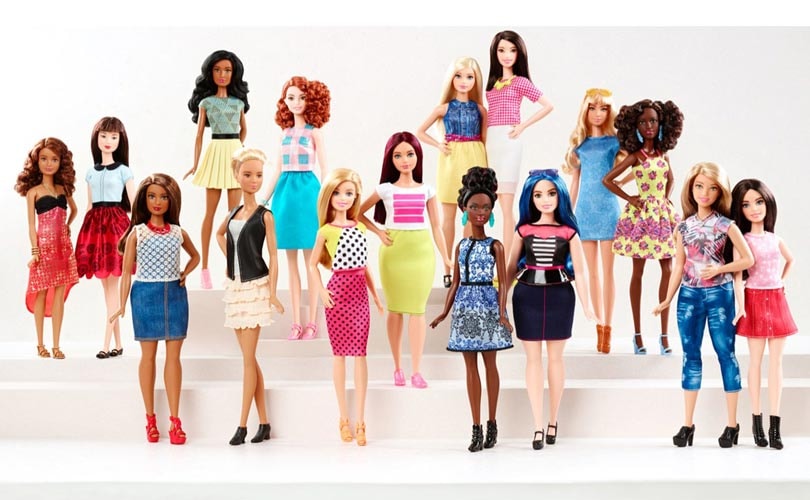 Barbie at 60, a billion dollar brand

She comes petite, curvy, tall, blond, black, latina or even in its "original" version. A variety of guises, with the exception that they are all fashionable. We are talking, of course about Barbie, who turns 60 this year. While she hasn't aged a day, she has morphed through several iterations, survived scandals and criticism, and has become a billion dollar brand.

Founded by American businesswoman Ruth Handler in 1959, Barbie revolutionised the adult doll market, at a time when little girls had only babies to play with. Produced and marketed by Mattel, Barbie was re-born in 2016 when the company was battling falling sales and self esteem, when the image of Barbie was no longer relevant to a customer who valued diversity.

The result was a new doll with seven different skin tones, 24 hair styles, 22 eye colours, and three new morphologies (petite, curvy and tall) as part of its Fashionista range. There is even a slim and broad-shouldered Ken for Barbie to lean on, and he too has different physical attributes other than the blond, buffed Ken from the 1960s.

“We looked at diversity in every aspect – ethnicity, body type, types of fashion that she’s wearing – so more children in the world see themselves reflected in the brand,” Kim Culmone, Barbie’s senior vice president of design, told Vogue.

The results were an immediate success, with sales rising 7 percent to 972 million dollars and Latina Barbie - the curvy version - topping the bestselller list after the launch.

A Barbie with disabilities

"This is a long-term systemic commitment from the brand," Culmone told Vogue. Other changes have since been made to the entire range, including Ken dolls. Barbies with various disabilities have also emerged recently, and a new doll with vitiligo, a condition of the skin, was unveiled on the brand's Instagram account - and will be released later this year.

As for the fashion, Barbie Fashionista can do sportswear, daytime, evening and cocktail, with an enviable wardrobe to match. A new film currently in pre-production, Barbie will come to the silver screen in 2020 starring Australian actress Margot Robbie.

The storyline sees a a doll living in 'Barbieland' expelled for not being perfect enough and sets off on an adventure in the real world. Kind of what happened to the 'real' Barbie, with a stylish and happy ending to match.