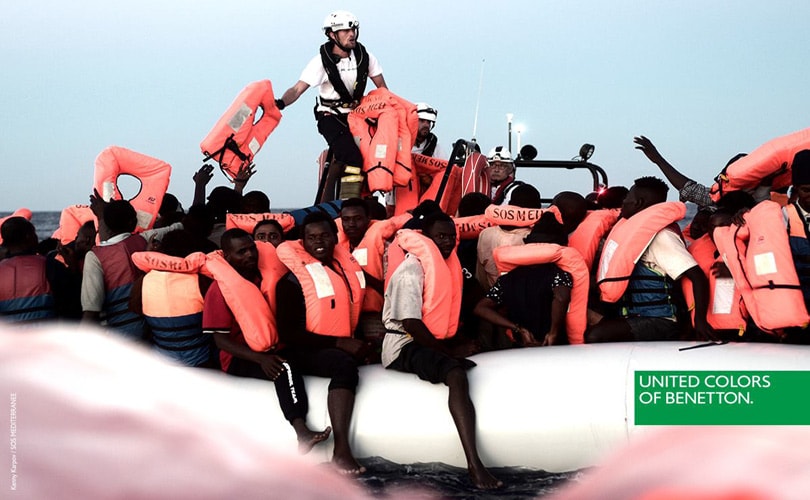 United Colors of Benetton is best known for its advertising campaigns celebrating diversity. Previous campaigns, usually shot by Italian photographer Oliviero Toscani, depicted models from different ethnicities holding hands, leaders from different religions side by side, or classroom with children from different nationalities. However, the latest campaign by the Italian brand has come under fire for depicting migrants being rescued at sea. Social media users are calling the commercial use of the pictures “insensitive”, while SOS Meditterranée, which operates the rescue ship depicted in the pictures, has issued a statement saying it did not authorize the use of its photos.

”The dignity of survivors must be respected at all times. The human tragedy at stake in the Mediterranean must never be used for any commercial purposes”, said SOS Méditerrannée to news agency AFP. Benetton’s campaign uses two pictures of SOS Mediterrannée’s ship Aquarius, taken on June 9. One of them is credited to the NGO and another to Italian news agency Ansa. “SOS Mediteerranée fully dissociates itself from this campaign. We do not give our consent for any commercial use of our pictures”, said the organization.

Contacted by FashionUnited for comment, Benneton said it bought the photo in question from Kenny Karpov, a photographer that works for SOS Mediterrannée.