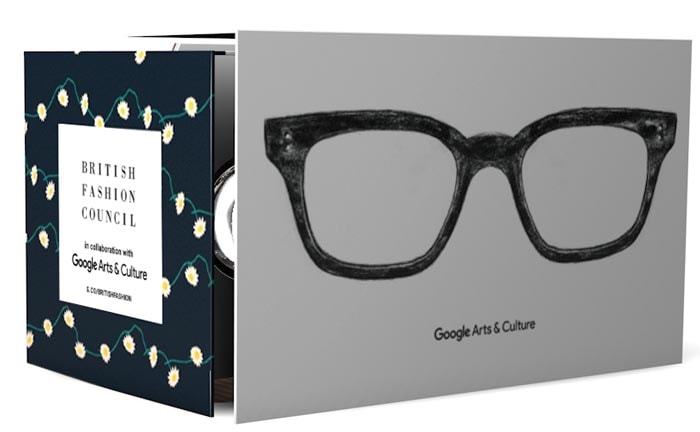 The British Fashion Council is to bring to life the “creativity, heritage and craftsmanship of British fashion” with a new partnership with Google.

The celebration of British fashion will be showcased on a new digital educational platform as part of Google Arts and Culture and features content and stories from top British designers and fashion insiders including Burberry, Paul Smith, Vivienne Westwood and Alexander McQueen, and uses technology to tell the stories including content viewable using Google Cardboard, which works with virtual reality apps. 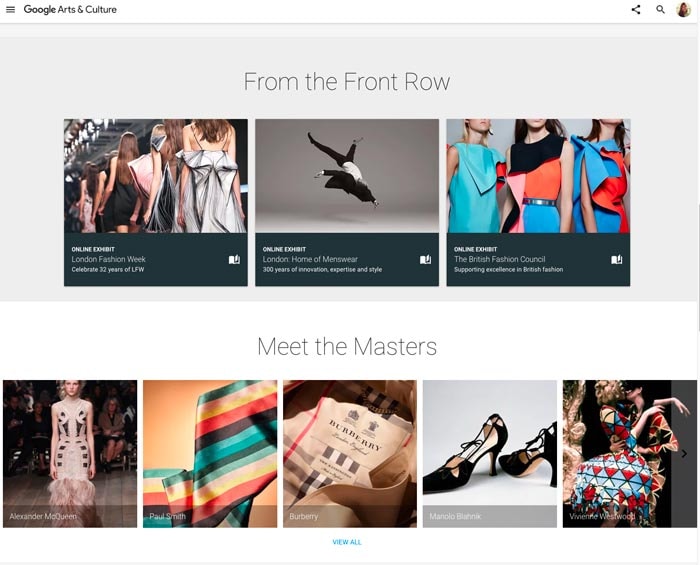 The online exhibitions aim to provide a “single destination to educate and inspire future generations of young fashion creatives, designers and students”, and will support the British Fashion Council’s Education Foundation’s aim in attracting future talent into the industry.

Visitors to g.co/britishfashion will be able to view more than 1,000 assets including over twenty multimedia exhibits, twenty-five videos and three virtual reality experiences, which are all accessible from desktop, laptop or mobile.

Highlights of the digital collection includes a super high-resolution capture of a couture dress from Alexander McQueen’s SS17 collection, which allows people to zoom in and see its threadwork in never-before-seen detail, as well as a 360 video featuring the inspiration behind top couture dresses. 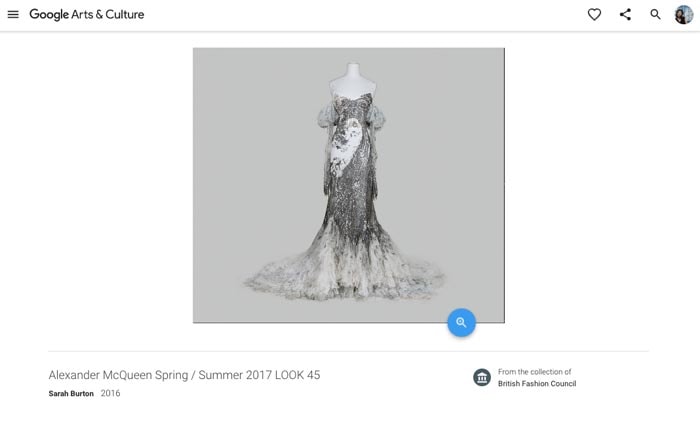 There’s a virtual-reality look at Manolo Blahnik’s London atelier, as well as a look back through his career, his inspiration and key moments in the label’s history.

While decades of British craftsmanship from the houses of Harris Tweed Hebrides, John Lobb shoes, Lochcarron Tartan and the Royal School of Needlework are celebrated in the ‘Meet the Makers’ section. 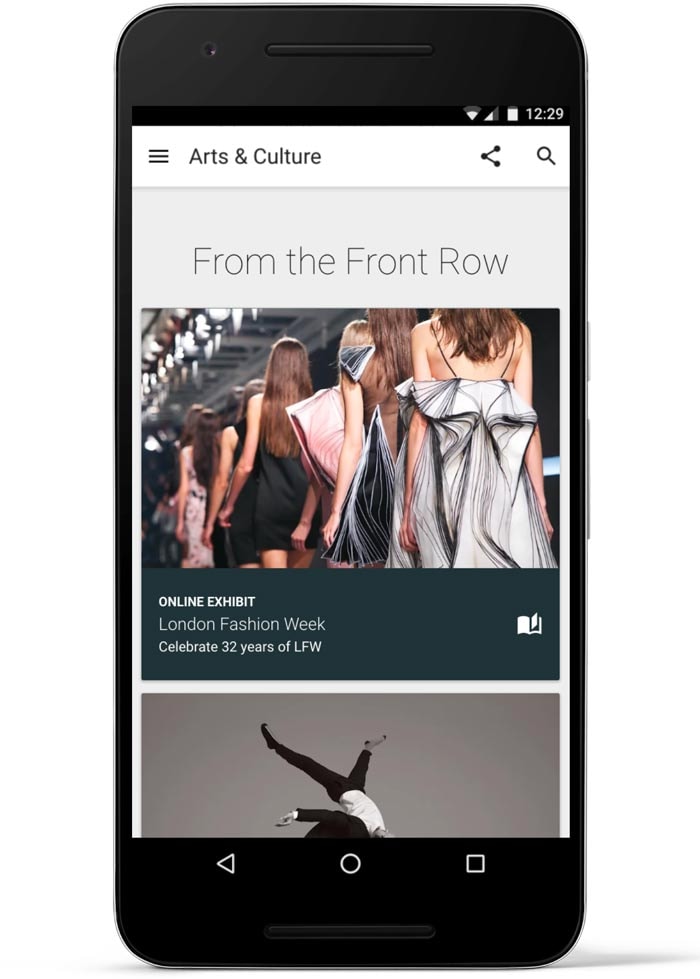 British Fashion Council chief executive, Caroline Rush said: “The internet has been an incredible resource for opening up the fashion industry to a new audience, giving young people access to information not previously available.

“This collaboration represents a new step, bringing together diverse information into one, engaging place. We hope this legacy project will not only inspire but also educate – allowing young people wanting to get into fashion to see the breadth of individuals, skills and careers that make up this multifaceted industry.” 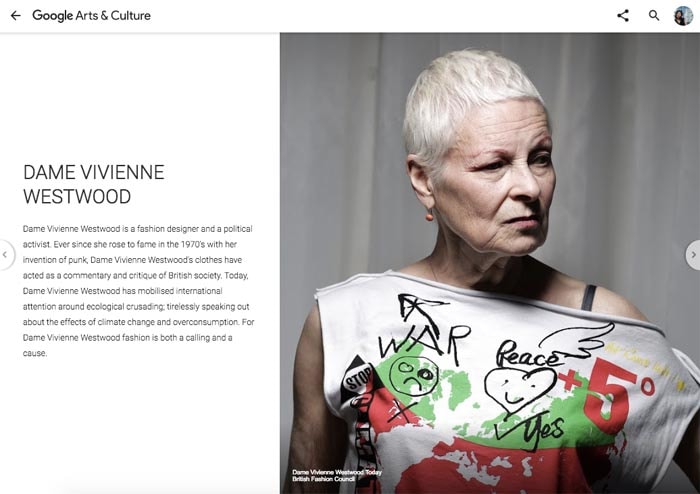 Visitors can also explore archival materials from top British fashion houses sorting their searches by colour and chronology. In addition, they will be able to view British fashion’s biggest characters and moments, such as reliving Kate Moss’s first runway show at London Fashion Week and exploring profiles of the fashion industry’s key players from Naomi Campbell to Christopher Bailey. 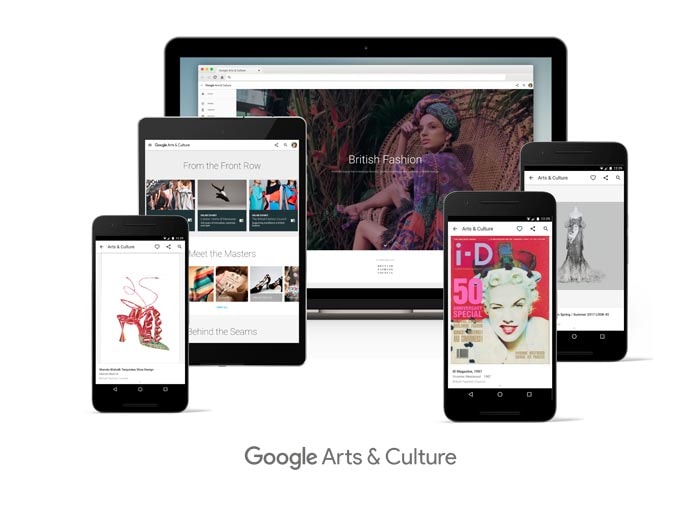 To mark the launch of the project, Paul Smith has designed a special-edition Google Cardboard and created online exhibits around five objects that represent his creative vision and brand.

Amit Sood, director of Google’s Cultural Institute added: “British Fashion has such a unique and revered place within the international fashion industry, and is hugely rich in content, characters, icons and stories. It’s been a joy to work on this project and bring its distinct textures and tales to life through technology - so that now even more people around the world can enjoy it.”

The online exhibition is available to view at g.co/britishfashion and through the new Google Arts and Culture mobile app on iOS and Android, while all the 360-degree videos will also be available on YouTube.