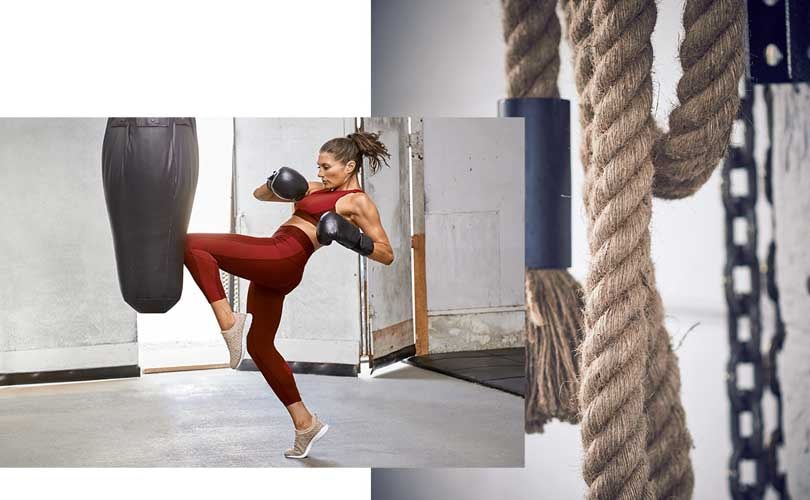 London - January is the month of new resolutions, gym memberships and of course anything health-related. New research conducted by Rakuten Marketing in January has uncovered an interesting spending pattern, mainly in activewear.

The findings, taken from interviews with over 2,000 consumers from across the UK, show consumers are quite happily prepared to spend in the region of 141 pounds per item of activewear, rising to 187 pounds among Londoners specifically.

Nearly half of Brits say that their spending has increased on activewear in the last year. In a quarter of cases, consumers admitted spending had shot up by as much as 70 to 100 percent. The largest growth is in the youth market and the high-spending Londoner. Meanwhile, the lowest activewear spenders are London’s neighbours in the surrounding South of England, averaging at 127 percent

For as many as 47 percent, the greatest expense is attributed to spending on footwear. A fifth of all consumers are buying activewear to run: an activity that has grown in popularity thanks (at least partially) to apps like Strava and initiatives such as parkrun. Millennial audiences appear to have particularly itchy feet, with a quarter of those surveyed saying running is the most influential sport for activewear purchase decisions.

Running is closely followed by the activity that has more traditional associations with activewear: going to the gym. This leads 16 percent of consumers’ activewear purchase decisions, rising to 25 percent for 16-29s. Looking at which sports brands influence activewear purchases the most, it comes as no surprise that Nike holds the largest sway, with Adidas a close second, with Under Armour and Reebok ranking lower on the list.

Companies like lululemon have cemented activewear as a fashion trend and the results of this survey reveal a huge market that brands should really be taking a close look at.

39 percent of consumers do the majority of their activewear shopping online and 35 percent of those surveyed say that the fit was a significantly important factor to consider when purchasing activewear. It’s important apparel retailers take the guesswork out of sizing and personalise the shopping experience. This gives shoppers the confidence to find, buy, and keep clothes that not only flatter their body shape, but also provide the right support and durability for their given hobbies.

The key takeaway for brand marketers is that while activewear might once have been seen as a passing trend, the reality is it’s being taken seriously by consumers and there’s enormous opportunity. Building campaigns that challenge incumbents in the market such as Nike and Adidas relies on addressing consumer priorities; factors such as fit, building a consistent online / offline experience and winning brand advocacy among friends and family are vital ingredients to success.