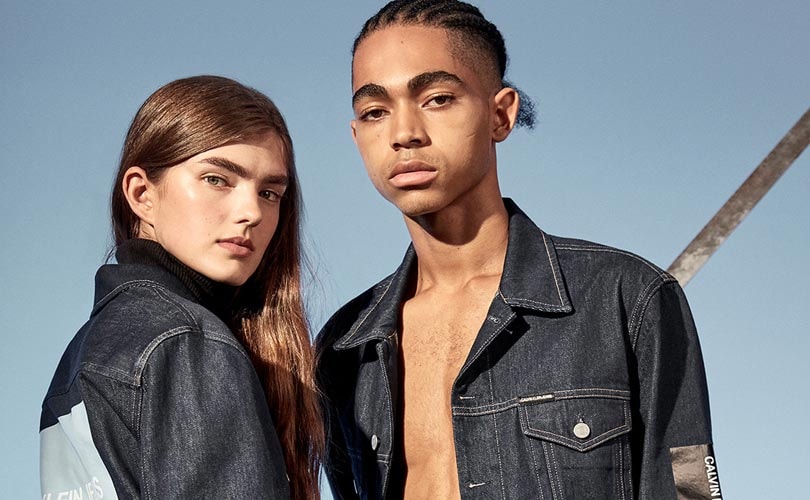 Raf Simons' abbreviated appointment at Calvin Klein may turn out to be but a blip on the brand's fashion spectrum, at least when it comes to growth.

Calvin Klein parent company PVH defines the brand on its corporate website as exemplifying "bold, progressive ideals and a seductive, often minimalist aesthetic." While "progressive ideals" undoubtedly ruled the intellectual approach ushered in by Simons, PVH hopes this era can soon be forgotten and swept under the rug of stylistic mishaps. Progression aside, PVH boasts CK is on track to be one of the world's greatest brands, "defying the boundaries of self-expression, we believe that Calvin Klein will convert its investments into ongoing commercial success."

The starting point of converting its investment dollars into what it hopes will become a 12 billion dollar company, is closing the now defunct label 205W39NYC, currently retailing in its final season. About one percent of the Calvin Klein workforce is thought to be affected, as the company restructures itself by shuttering its ready to wear business, exiting the luxury market and focusing on its core categories, denim and underwear.

While the company says it will continue to deliver aspirational and elevated products, it expects to incur 120 million dollars to deal with its recent elevated ready-to-wear fiasco. To begin, the yellow and concrete flagship on Madison Avenue, once a cornerstone of the Calvin Klein brand DNA, is to close after it was refurbished in 2017 under Simons creative direction in partnership with artist Sterling Ruby.

In January, Calvin Klein Chief Executive Officer Steve Shiffman said in a statement: “Our industry is witnessing a historic transformation in consumer behavior. It’s especially important now to meet customers’ desires for “culturally relevant products and experiences.” 205W39NYC is to be given a new name, a new design approach and new creative direction.

Despite the confident tone of its communications, Calvin Klein appears to still be in flux. A new designer is yet to be appointed, and any successor is likely to have a lesser profile than Raf Simons. The hired team Simons put in place, including creative director Pieter Mulier, and Matthieu Blazy, CK's women's wear design director, have already exited the company. 205W39NYC president Michelle Kessler-Sanders is expected to remain until the end of the season and take an executive role.

During an earnings call last November, Emanuel Chirico, the chief executive of PVH, stated: “From a product perspective, we went too far, too fast on both fashion and price.” Elevated fashion is no longer a priority for PVH. Instead it seeks to take a digital-first approach, connecting with a diverse range of communities and move at an accelerated pace. Something its Tommy Hilfiger brand has managed to achieve with wide commercial successes.

The brand's spokesperson told AFP it is "open to presenting our collections in a broad range of formats moving forward, including runway shows."

In 2017, Calvin Klein's sales of products from perfume to watches and glasses led to a turnover of $9.1 billion dollars.