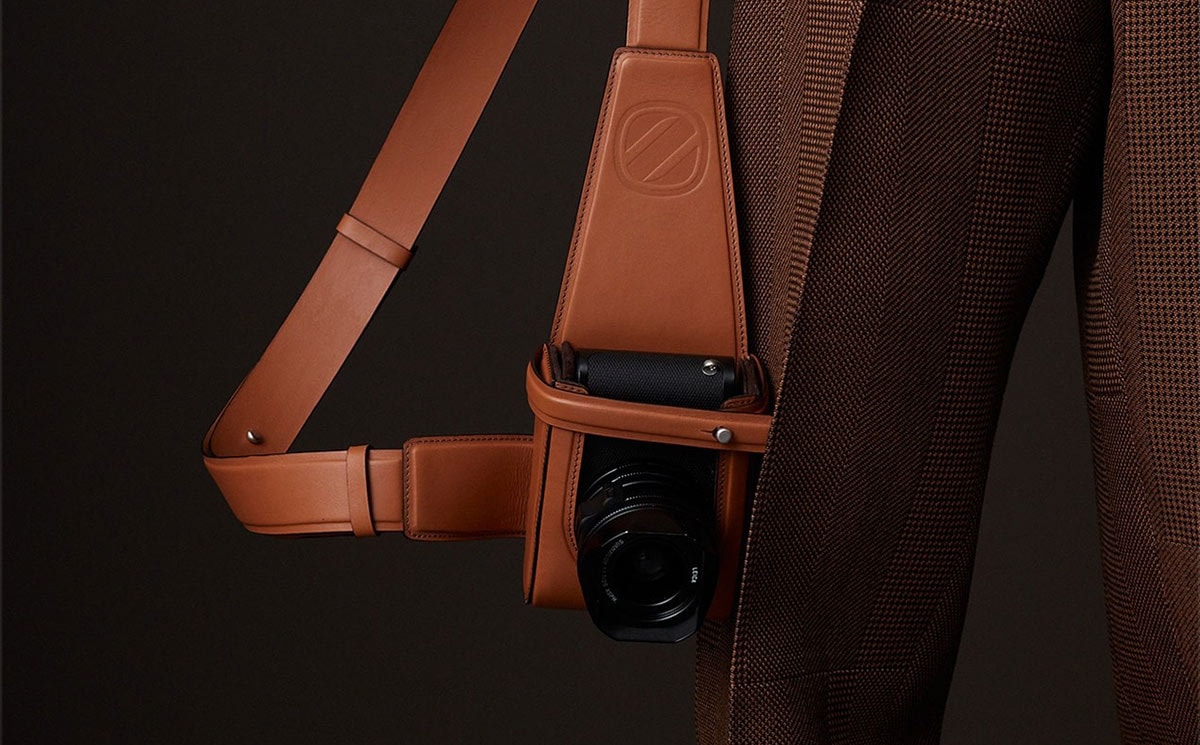 Ermenegildo Zegna teams up with Leica

Alessandro Sartori, Zegna’s creative director, revealed the super luxe items on the brand’s AW20 catwalk show during Milan men’s fashion week. On show were a series of camera bags, holders and straps as part of the #WhatMakesAMan campaign, a photographic project exploring masculinity through the female gaze, partnered with Leica.

The Zegna #WhatMakesAMan manifesto states “masculinity is a state of mind, not a set of given rules. One thing does not make a man. Men have been learning that love is strength, kindness is power, openness is freedom. At Zegna men get undressed to be dressed, daring to bare their distinctive selves.”

Four female photographers photographed models backstage during pre-show preparations prior to shooting the show. Queenie Cheen, Roselena Ramistella, Véronique de Viguerie and Helene Pambrun will subsequently showcase their depictions of masculinity, although images have not yet been released.

Zegna did have a female gaze takeover its Instastories, which saw model and influencer Doina Ciobanu giving commentary during the show.