The average fashion brand may not yet have a chief innovation, digital or analytics officer amongst its management, but these technology-powered jobs are shaping the future of retail and fashion. Amid all this rapidly advancing technology, the fashion industry needs to move with the times, which has evolved into more than just smart fabrics, wearable tech and self-lacing shoes.

As such, it is no coincidence that the fashion industry has caught the eye of the technology sector. Amazon, Apple and Google, three of the biggest names in tech, are all trying to carve their own path into the fashion space. Apple has its fashionable smartwatches, including a collaboration with luxury brand Hermes; Amazon powers a shopping platform and voice-controlled cameras; and Google is leading conductive fabrics as seen in a smart jacket collaboration made by Levi's.

As automation, cognitive technologies, and artifcial intelligence are becoming reality, companies may need to reinvent the roles of its workers, assigning some of the workload to humans, others to machines, and still others to a hybrid model in which technology augments human performance.

New startup Sewbo, for example, is a sewing robot that aims to disrupt the fashion manufacturing process. Sewbo chemically stiffens fabrics in order to allow automated sewing robots to produce a full garment. Currently, factories rely on humans to guide fabrics through machines and weave them through assembly lines.

In the new age of digital enlightenment, there are volumes of data and the valuable customer, strategic, and operational insights that this information contains.

In this new age, not only is there more data than ever before, it is being generated by a wider variety of sources, making it more revealing. As Deloitte’s 2017 Tech Trends report states, insight-rich data from transactional systems, industrial machinery, social media, and from nontraditional sources such as images, audio, video, and the deep web—increasingly informs decision-making and helps chart new paths to the future.

In fashion, companies like Edited supply the world's leading retailers with data and insights from retail analytics in order to sell the right product at the right price, at the right time. 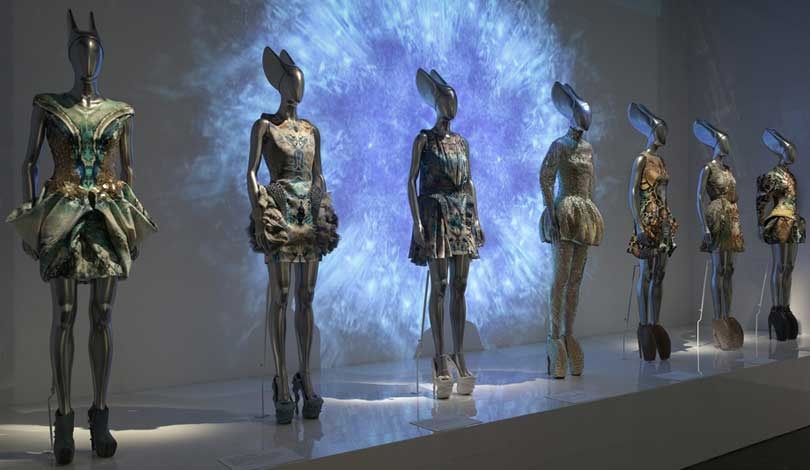 According to Engadget, three-dimensional printing has come a long way and is no longer just for prototyping. Sportswear giant Adidas, for example, is on the way to making 3D-printed shoes a consumer product as part of an effort known as Futurecraft, which began in 2015.

Earlier this year, it teamed up with Silicon Valley startup Carbon 3D on a new manufacturing technique called digital light synthesis, which mixes light and oxygen with programmable liquid resins to create 3D objects in a matter of minutes.

Adidas says this technology will allow it to 3D-print sneakers on a large scale; it is planning to ship 100,000 pairs by the end of 2018.

In today’s environment, customers are imbued with more confidence and more knowledge than ever before. Thanks to mobile technology, anyone anywhere can search for information whenever and wherever they want, and the prominence of ecommerce means that customers are no longer required to visit a physical store to get what they want.

Rather than shying away from the world of technology, it is of the utmost importance that fashion brands and retailers learn to understand what their customers want and to offer the best omni channel experience possible.