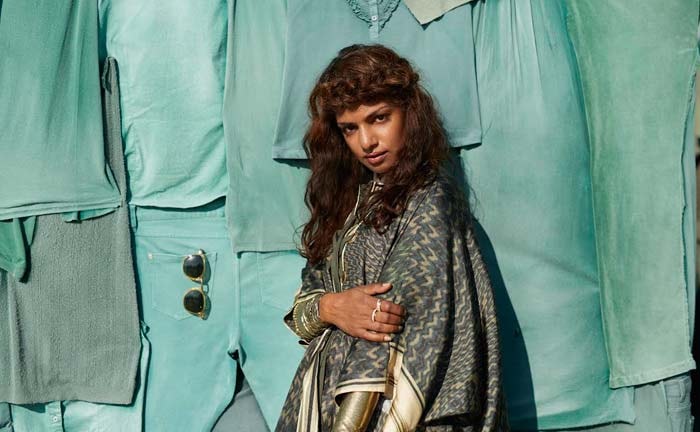 The global project will see H&M aiming to collect 1,000 tonnes of garments from customers worldwide in its 3,600 stores, as part of its on-going goal to close the loop in fashion, recycling unwanted garments to create recycled textile fibres for new products.

To raise awareness for the initiative, H&M has teamed up with M.I.A. who has filmed an exclusive new music video highlighting the environmental impact of clothes going to landfills around the world. The video is set to debut on hm.com on April 11, ahead of World Recycle Week.

Since 2013, H&M has been inviting its customers to bring any unwanted and worn out garments and textiles, from any brand and in any condition, to its stores, in return for vouchers to use at H&M. In that time, the fashion retailer has collected more than 25,000 tonnes of clothing. Two years ago, the company introduced its first garments that used recycled textile fibres.

During World Recycle Week, H&M will also work with bloggers and characters from the M.I.A. video who will film ‘rehaul' clips, showing the pieces they’re recycling through the H&M Garment Collecting project, the opposite of a ‘haul’ where you upload a video showing items recently purchased.

Close the Loop is a central commitment of H&M’s Conscious Actions for sustainability. Its aim is to create a closed loop for textiles so that unwanted clothes can be reused and recycled to create fresh textile fibres for new products. The long-term goal is to have zero garments going to landfill, as well as saving on natural resources. By recycling just one T-shirt, 2,100 litres of water can be saved.

The first World Recycle Week will take place from April 18 to 24.