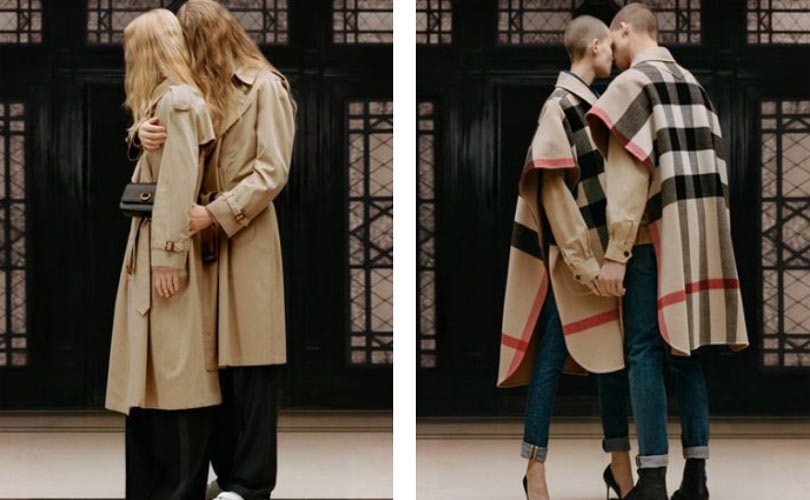 Ricardo Tisci is bringing a new buzz to Burberry, and investors are hoping his flair for social media will translate into sustained sales.

According to Bloomberg, Burberry saw an increase in wholesale orders from Tisci's debut collection, called “Kingdom." Order value doubled from the previous year in Europe, the Middle East and Africa, Chief Financial Officer Julie Brown said Thursday after the company reported progress on a drive to boost its exclusivity and bolster its financial results. The shares rose as much as 2.4 percent in early London trading.

Burberry is keen its generated buzz will keep momentum. Earlier this summer Tisci unveiled a new logo, freshly styled ad campaigns and focus on merchandise drops, including a collaboration with Vivienne Westwood and flash sales via Instagram and WeChat.

Burberry's CEO Marco Gobbetti said the turnaround plan is starting to have effect, but will take time to put the company on par with brands like LVMH.

The full collection designed by Tisci and his team will not be in stores until February 2019, neither will the renovation of 400 boutiques be done imminently.

Burberry also plans to reduce its number of outlets and exit mid level department stores who predominantly sell volumes of checked scarves, but not its higher priced goods, in an effort to boost its image as a luxury player.

"The initial response from influencers, press, buyers and customers to our new creative vision and Riccardo's debut collection 'Kingdom' has been exceptional," Chief Executive Marco Gobbetti said on Thursday.

But despite all the buzz, translating it into sustained sales growth is not guaranteed. Burberry's investors will hope the brand will see a similar trajectory to Gucci after it instated Alessandro Michele.

For now investors will have to wait to see how customers respond to Tisci's vision.