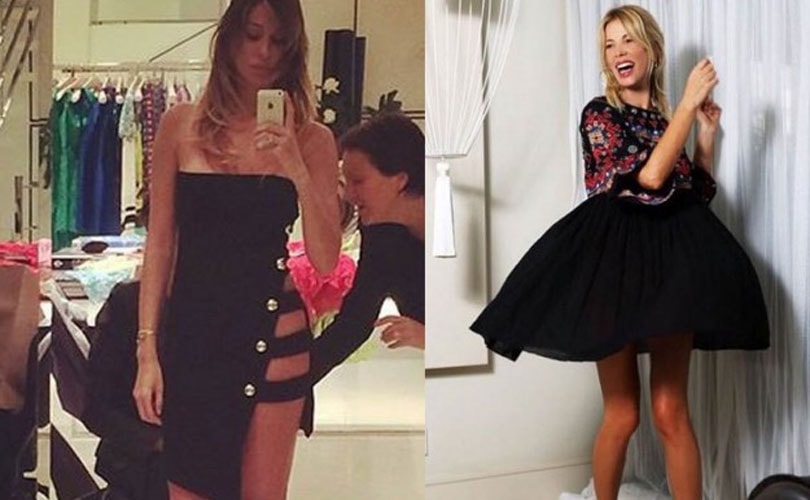 Most people shopping for clothes will want to seek the approval of someone before making the purchase. Sales assistants are the easiest option for a second opinion, but they have a motive - which is to sell as many garments to as many customers as possible - and so for that objective, partisan and impartial opinion, consumers are turning to taking selfies in changing rooms, aka the chelfie, and asking their friends and acquaintances.

According to a recent survey, chelfie posts on Twitter have doubled in the last three months. The same survey also found that both men and women are adopting this new shopping habit. Shopping behaviour may have changed in the last decade, but impulse shopping is not one of them. Women need an average of at least three likes before they buy, while men wait for at least four.

The chelfie is a way to road-test approval from friends, a try-before-you-buy option, a way to gauge the response when you are in doubt of a certain item. Despite the growth of online shopping, many consumers still look for a friend's approval prior to confirming the sale.

The Sunday Times recently stated: "Thousands of young people are turning their backs on shop assistants and instead using technology to ask their friends for advice from afar."

To confirm the rise of the chelfie is a new app called Pollpic. PollPic allows users to get an opinion on anything fast by creating polls using images from their gallery or camera for their friends to vote and comment on. The polls can be sent privately to an individual friend, group of friends or shared more publicly via Facebook and Twitter.

Brands are also embracing the technology, including luxury brand Chanel, which features iPads in all of the changing rooms, so customers can take images. Tommy Hilfiger has iPad kiosks, which not only allows friends and family to offer advice pre-purchase and deliver it to the dressing room, but also promotes real-time customer engagement for the brand. French company Pixglass has the potential to make the chelfie trend even easier too, with its camera-enabled mirror that takes a selfie and sends it to your phone.

It is no secret that social-media plays a key role in driving purchases. Taking a chelfie, broadcasting it across social media and gaining instant feedback has become integral parts of retail, especially in the young adult market.