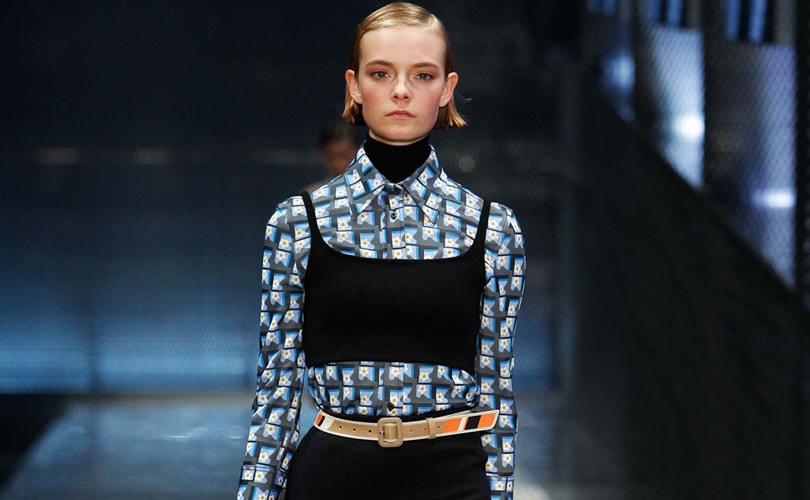 Prada is one of the few brands who brings context to the ugly-chic aesthetic, and its spring summer 2017 runway collection was no different. If this collection was to be summed up in one item, it would have to be the blouse: it came seventies-style with exaggerated collars, in contrast florals, checks, ginghams, solids, stripes and sheers, proposed in hues of brown, purple, cream and orange. Difficult colours you may say, but when paired with bandeau tops in contrast fabric and colour, or worn with brown fitted high-neck long-sleeves poking from underneath, it felt neither outré or impossible.

There was no undertone of sex 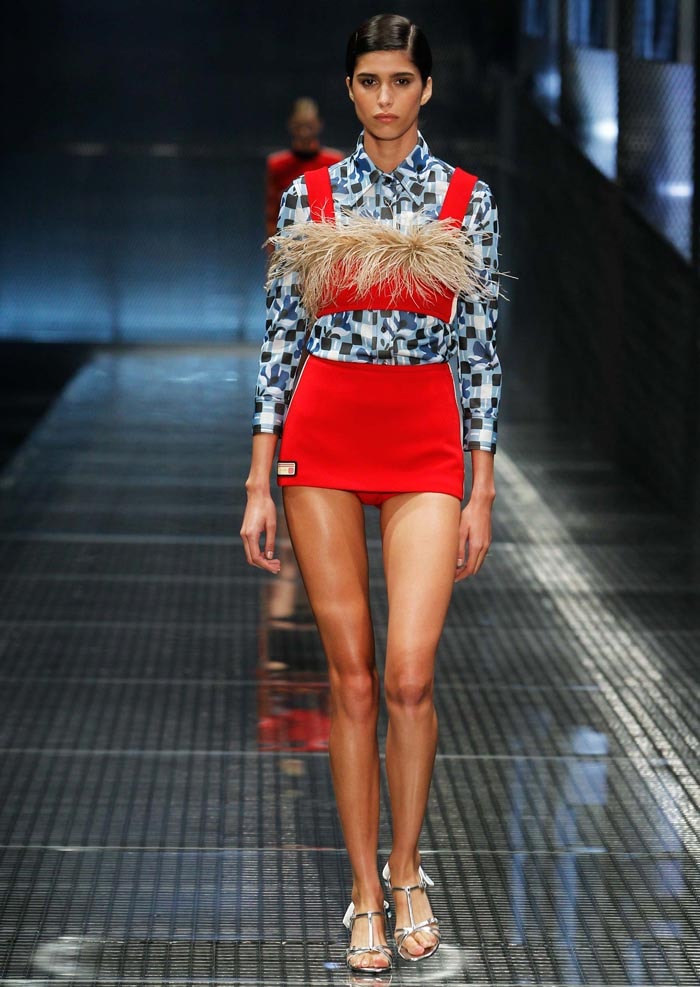 Retro graphics and checks mixed with pop florals formed a kaleidoscope of print, but were polar opposite to Gucci’s bright and saccharine pairings. Prada this season opted for less contrived styling - no socks in sandals, for example - and the accoutrements were limited to accessories, with new bag styles and colour chromatic belts and badges, the latter pinned at overlaps and closures on jackets and skirts. Oddly the looks seemed a far cry from Prada's men’s SS17 show in June, with its wanderlust theme, models trekking down the runway in backpacks, wearing copious layers of nylon, zip-ups, sportswear and primary colour clashes. 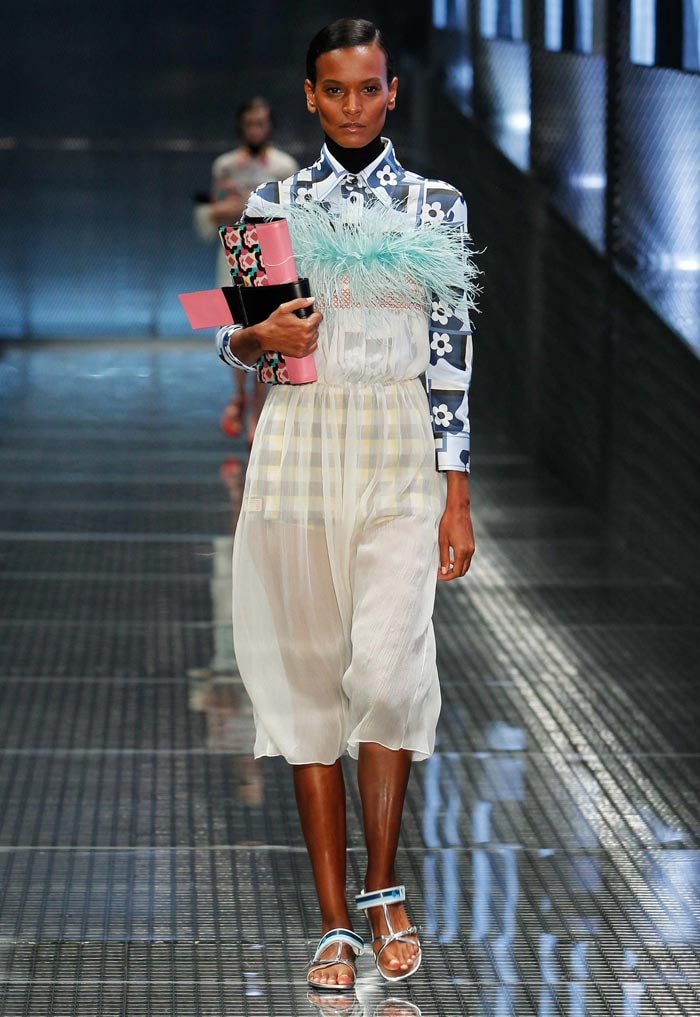 Prada, as has been well documented, discussed and dissected, could do with a seismic shift with this collection. Both its sales and image have seen its tectonic plates stagnate, even if designer Miuccia Prada offers a continuing source of intelligent fashion to the industry at large. Stellar shows and intellectual themes do not, apparently, guarantee profit to fashion businesses, no matter if the brand is steeped in history and a ruling force of the Milanese runway. How well the collection is received at retail will remain to be seen.

The international Fashion Week season for women's ready-to-wear kicks off in the month of September, with all eyes set on New York, Paris, London and Milan for next seasons latest trends. For all the women's wear catwalk season must reads, click here.
SS17 milan fashion week prada womenswearcatwalkseason