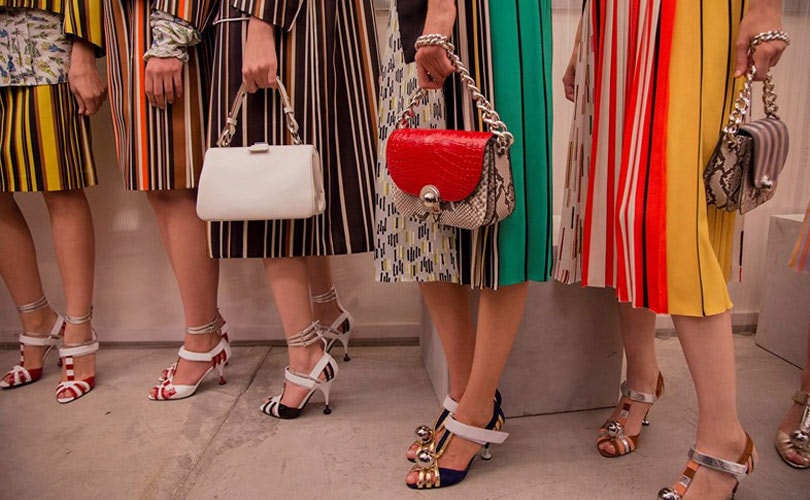 Milan fashion week started off boldly, with Gucci paving the way for a season that will see a new romanticism alongside a maximalist take on colour, pattern and extravagent embellishment.

Analysing the catwalk collections, what emerged were key materials such as fluid sheers and layered transparencies, mostly cut in voluminous trails; bold colours used as vivid blocks of exaggerated tones, or worn head to toe; detailing in ruffles, tufting, frills and strapping; spliced silhouettes put the focus on the shoulder, creating sexy looks.

The nostalgia and romanticism of Victoriana references and historical pieces that were previously seen in London continues for Milan's S/S16 collections. Here we saw intricate detailing in billowing silks and florals creating a delicate, feminine mood, as seen at No. 21 and Gucci. Ruffles and long fluid dresses exemplify this theme, while torn edges add a touch of déshabillé, as spotted at Roberto Cavalli and Etro.

Whilst Milan was less about molto sexy, it was now about molto maximalism. An extravagance of pattern and embellishment was chartered by Gucci and Prada. Silhouettes are rich with vivacious colour, high-shine metallics and subversive sexiness. There is plenty of fabric and print clashing, making the simple black cocktail dress a thing of the past.

The Milan collections felt more relaxed and laid-back this season, due in part to a focus on square-shaped silhouettes, which are generally more sporty. Precisely tailored and square-cut shapes with simple lines added a minimalist influence, as seen at Marni and Versace, while wildly decorated ensembles offer a more rebellious and quirky femininity, such as Prada's skirt suits. 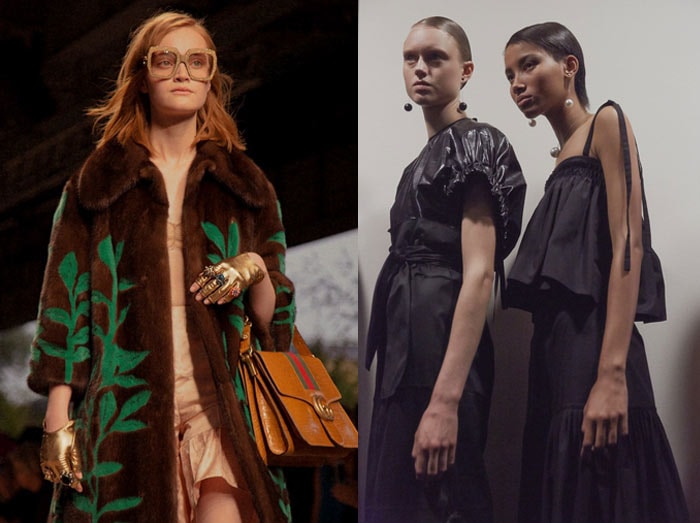 The new romantic mood was further defined by new volumes, with exaggerated shapes cut from flowing silks and chiffon, with tiered ruffles and layers, creating a diaphanous look. These floor-length silhouettes were red carpet friendly gowns, with shapes that flow around the body, as seen at Alberta Ferretti and Fendi.

Primary colours livened up Milan fashion week, with designers combining tones in layered looks for a modern, sporty direction, like Jil Sander's bright red leather coat, or using single tones such as carrot orange or emerald green for a modern, statement look, as seen at Ferragamo and Pucci. Head-to-toe black was also seen making a strong statement, particularly when used for long layers, as at Marni and Damir Doma. 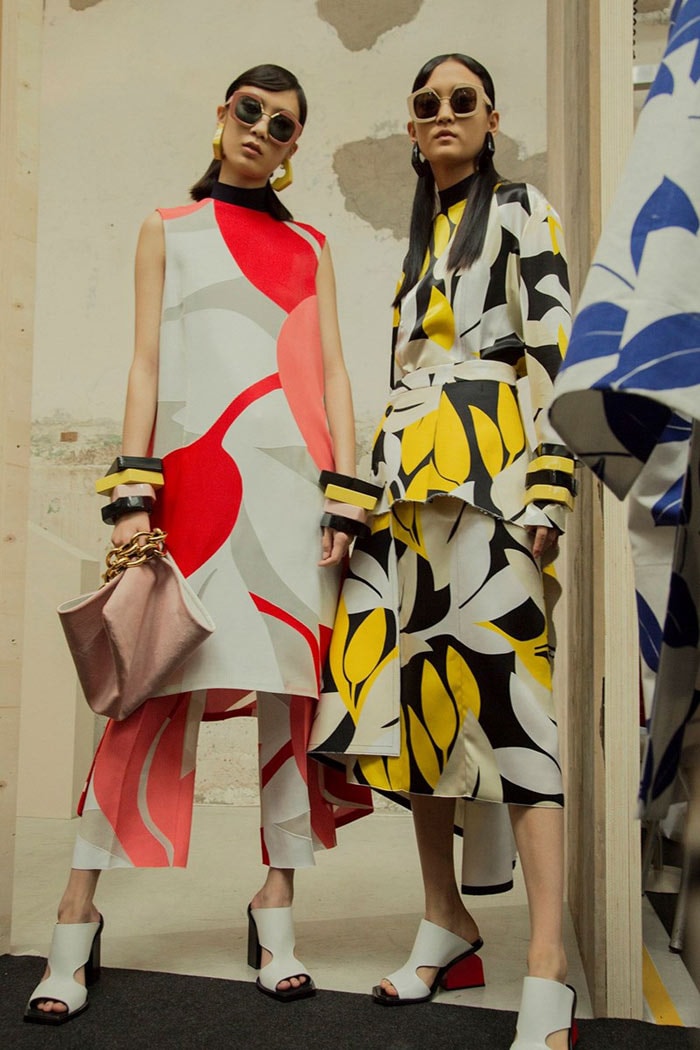 Prada launched a season of stripes

Prada launched a season of stripes, with variations in vibrant, clashing tones for a strong impact. Bold, thick stripes in horizontal or vertical applications are the favoured look as seen at Blugirl, Ferragamo and Iceberg.

Versace led the way in camouflage and animal print, but the look was updated in the form of artistic colour pairings and collaged patterns, as also seen at Bottega Veneta, Roberto Cavalli and Gucci. 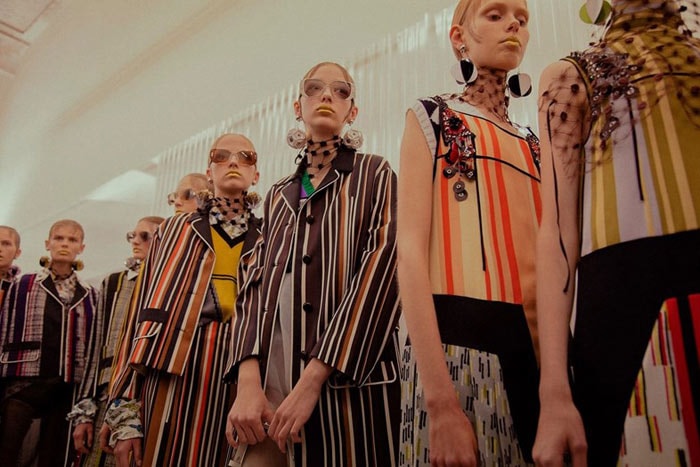 Exquisite embellishment can be seen across the Milan S/S16 collections, offering new surface interest in a variety of styles. Lace overlays, 3D embroidery and appliqué create artisanal looks with an eccentric, one-off appeal. This proves that Italian fashion still has the artistry and craftsmanship to keep it at the forefront of the industry.