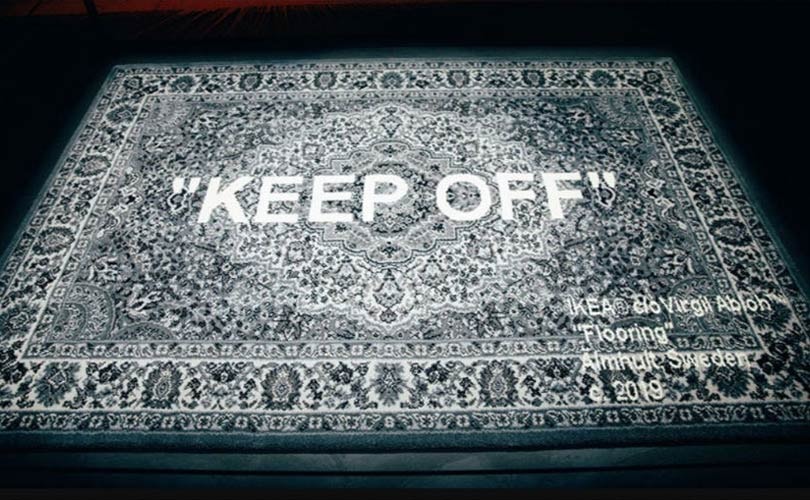 Parisians do not exactly have a reputation as impulsive early risers who like to queue up to buy a rug. But that is exactly what happened on Saturday morning when hundreds of people crowded into a pop-up store on Quai d'Austerlitz to buy one of four models of rugs, designed by none other than Off-White’s Virgil Abloh for Swedish furniture giant Ikea.

The Ikea x Off-White collection is actually available from spring 2019 onward only but fans seem to be barely able to wait: At 11 o'clock on Saturday, 29th September, the sale started, but those who had not queued up for hours went away empty-handed: The 500 rugs that were on sale at the Paris Fashion Week pop-up store were sold out within minutes. Meanwhile, some of them have surfaced on eBay, where they demand prices between 600 and 1,500 euros (695 and 1738 US dollars).

Particularly popular was the "Keep off" rug (133 x 195 cm) for 129 euros, which is already an iconic item even before being officially released. A black and white carpet with the inscription "Gray" (195 x 133 cm, 129 euros) also sold out quickly.

Other models on sale at the pop-up were "Blue" (250 x 200 cm, 229 euros) and "Still Loading" (140 x 200 cm, 79 euros) - a red carpet and one with a mountain motif, which is, well, still loading. Abloh had previously shared images of the four models on his Instagram account, together with the announcement of the pop-up store.

Visitors who returned empty-handed could at least catch a glimpse of other pieces of the Ikea x Off-White collection, including a brown paper shopping bag with "Sculpture" written across, a glass cabinet and a "Temporary" clock. In addition, one can view the four rugs that are part of the Markerad collection online - at least on the French Ikea website. 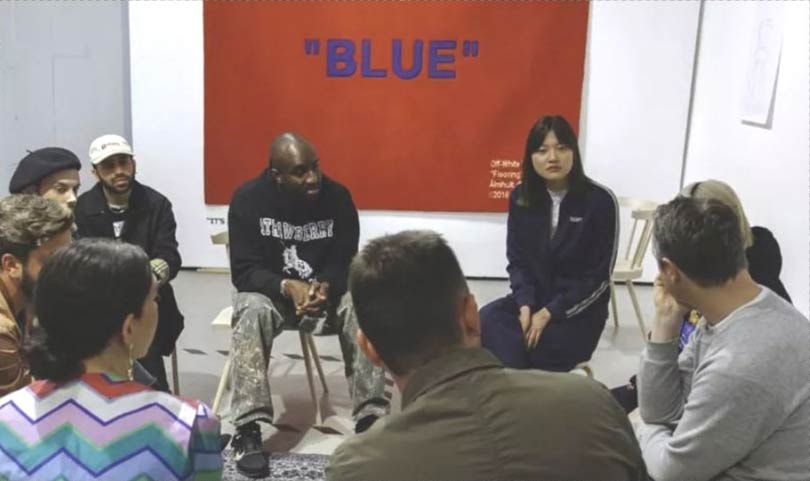 Although Abloh cannot quite explain his success - "I'm nothing special," said the 38-year-old in an interview with InStyle - it is the understatement of his own person that seems to add to the appeal. The carpets are meant as "everyday works of art" as he explains.

"I was excited to create something that has a place in people's everyday lives but is still a work of art. As you can see here today: You can forget that it is about simple carpets. It could also be an art exhibition. The carpets are pieces that have an artistic value. Still, thanks to Ikea, anyone can afford them," Abloh told InStyle.