Redress shares resources on fashion's impact on the environment and economy

Redress, an environmental charity with aims to reduce textile waste in the fashion industry, pleased to provide a selection of external resources to support the understanding of fashion’s impact on the environment, from environmental impact, consumption, production, waste to economic impact. 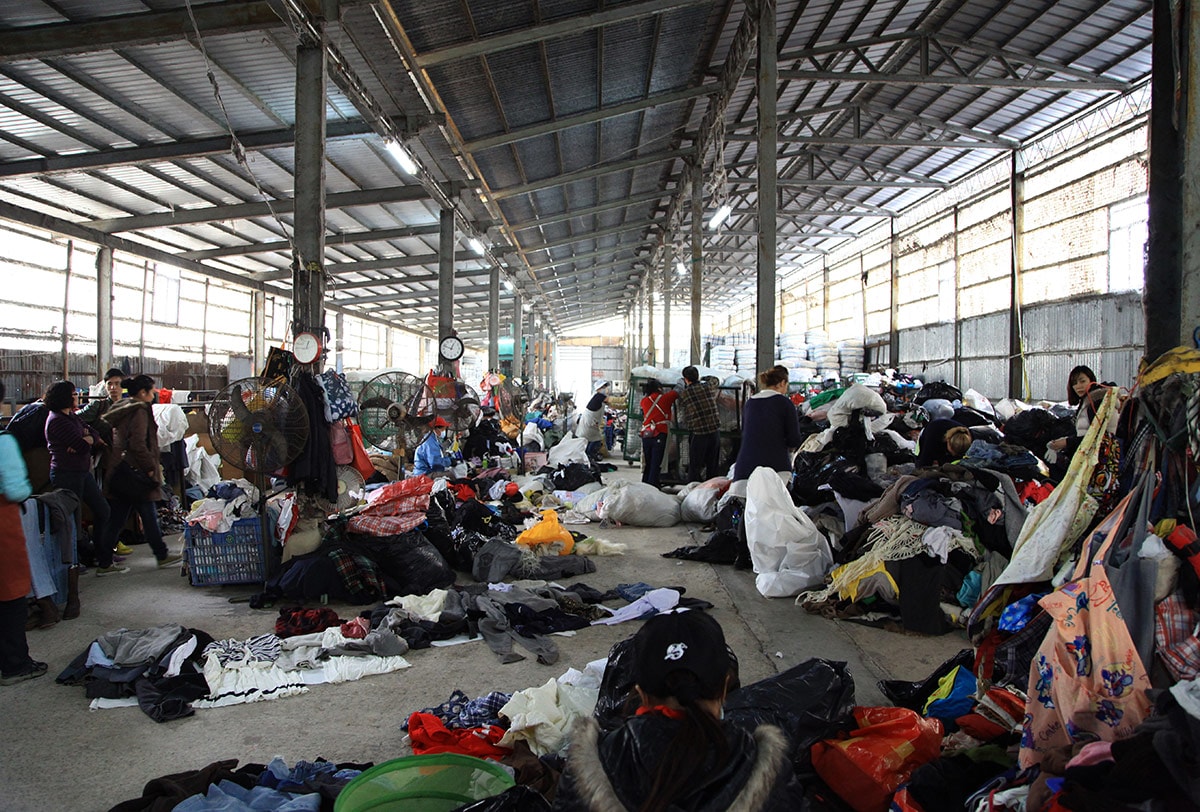 OPPORTUNITIES IN THE CIRCULAR FASHION INDUSTRY

BENEFITS OF CLOTHING AND TEXTILE REUSE

• Around 80% of a product’s environmental impact is locked in at the design stage.
Source: WRAP (n.d.), WRAP and the circular economy
• Exchanging one metric ton of virgin polyester for recycled polyester can save 80% in toxins, around 60% in energy consumption, and up to 40% of CO2 emissions.
Source: Textile Exchange (2017). Preferred Fiber Materials Market Report 2017.
• Extending the active life of 50% of UK clothing by 9 months would decrease the UK's carbon footprint by 8%, water footprint by 10% and waste footprint by 4%, per tonne of clothing.
Source: WRAP (2017), Valuing Our Clothes: the cost of UK fashion.

• The number of garments produced annually has doubled since 2000 and exceeded 100 billion for the first time in 2014, representing nearly 14 items of clothing for every person on earth.
Source: McKinsey & Company (2016), Style that’s sustainable: A new fast-fashion formula
• Over 50% of the world’s clothing exports are from Asia, including China, Bangladesh, Vietnam, India, Indonesia, and Cambodia.
Source: the World Trade Organization (2019), World Trade Statistical Review 2018 (Estimation by Redress based on ’Table A.23 Top 10 exporters and importers of clothing, 2018)’
• In 2018, China’s clothing and accessories exports had a value of USD$158 billion.
Source: 全球纺织网 (2019), 2018-2019中国服装行业发展报告 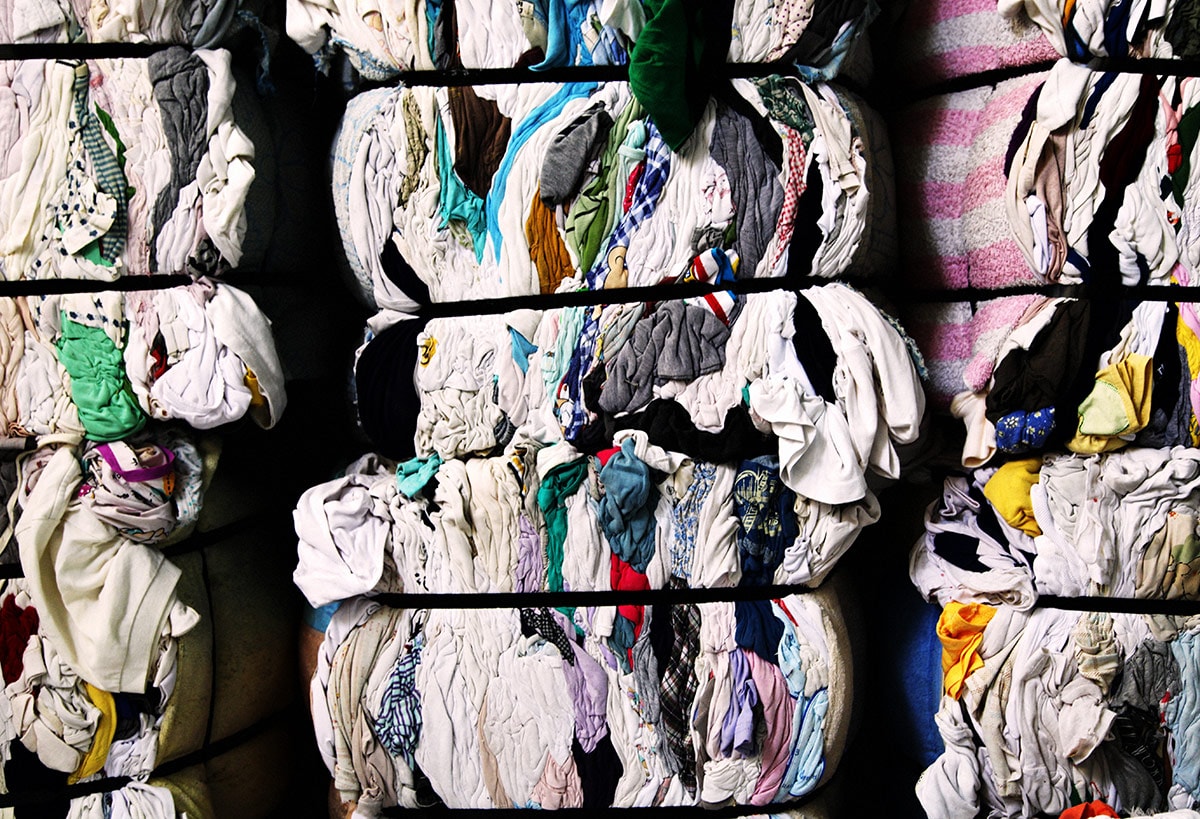 • The average consumer now buys 60% more clothing items a year and keeps them for about half as long as 15 years ago.
Source: McKinsey & Company (2016), Style that’s sustainable: A new fast-fashion formula
• If the global population rises as expected to 8.5 billion people by 2030, overall apparel consumption will rise by 63%, from 62 million tons today to 102 million tons in 2030 - an equivalent of more than 500 billion T-shirts.
Source: Global Fashion Agenda and The Boston Consulting Group, Inc. (2017), Pulse of the Fashion Industry
• Greater China is expected to overtake the US as the largest fashion market in the world in 2019, according to McKinsey FashionScope
Source: Business of Fashion (2018), The State of Fashion 2019

ENVIRONMENTAL IMPACTS OF FASHION AND TEXTILES

• Fashion is widely cited as being one of the most polluting industries.

Water
• The volume of freshwater consumed by the fashion industry is 79 billion cubic meters annually, enough to fill nearly 32 million Olympic-size swimming pools. This figure is predicted to increase by 50% in 2030.
Source: Global Fashion Agenda and The Boston Consulting Group, Inc. (2017), Pulse of the Fashion Industry
• 20% of freshwater pollution comes from textile treatment and dyeing.
Source: Raybin, A (2009), Water pollution and textiles industry as cited in The Sustainable Academy (SFA) and The Global Leadership Award in
Sustainable Apparel (GLASA) (2015), The State of the Apparel Sector – 2015 Special Report: Water

Land
• The cultivation of cotton covers 3% of the Earth’s agricultural land, but its production consumes 16% of all insecticides and 7% of all herbicides. It is predicted that by 2030, the fashion industry will use 35% more land for cotton, forest for cellulosic fibers, and grassland for livestock - over 115 million hectares altogether.
Source: Global Fashion Agenda and The Boston Consulting Group, Inc. (2017), Pulse of the Fashion Industry

• Some 78% of respondents stated that sustainability is also somewhat or highly likely to be a key purchasing factor for mass-market apparel consumers by 2025. /
Source: McKinsey & Company (2018), ‘Is apparel manufacturing coming home?’
• In emerging markets, more than 65% of consumers have been found to actively seek out sustainable fashion.
Source: Cotton Lifestyle Monitor (n.d.) as cited in the Business of Fashion (2016), The State of Fashion 2017 • Currently, 9 in 10 Gen Z consumers believe companies have a major responsibility to focus on and address environmental and social issues.
Source: CONE Communications (2017), 2017 Cone Gen Z CSR study: How to Speak Z
• The views of Gen Z and millennial consumers are critical. Together, these cohorts represent around $350 billion of spending power in the US alone (~$150 billion spent by Gen Z (54) and ~$200 billion by millennials) (55) and Gen Z alone will account for 40 percent of global consumers by 2020.
Source: Global Fashion Agenda and The Boston Consulting Group, Inc. (2019), Pulse of the Fashion Industry