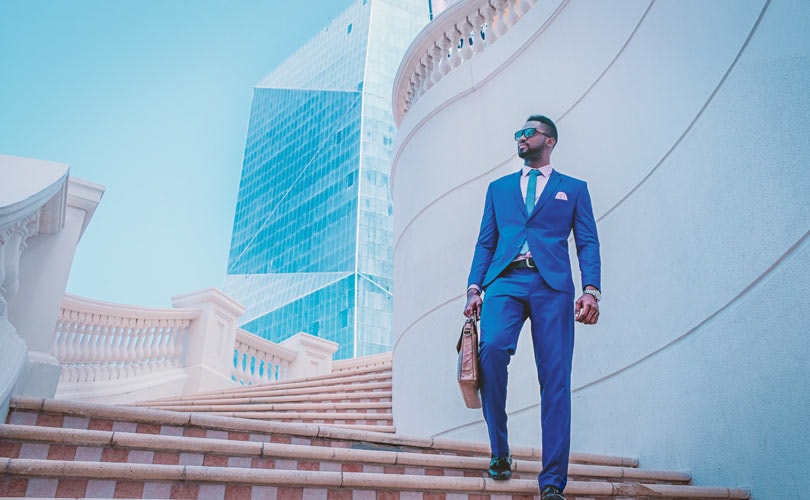 The end of formal business attire?

While the suit may previously have been declared dead by fashion's forecasters, then resurrected for the umpteenth time on catwalks everywhere, formal business attire has been left somewhat to fend for its own merit.

This week Goldman Sachs, the oracle of investment banking, sent an internal memo to its employees stating it was loosening its approach to office attire, moving to “a firmwide flexible dress code” and asking employees to “dress in a manner that is consistent with your clients’ expectations.”

The announcement comes nearly three years after J.P. Morgan sent a similar memo to its staff in June 2016, stating business casual dress would be expanded "firmwide," which "reflects how the way JP Morgan works is changing."

What does business attire mean in 2019?

If we look at the wardrobe choices of successful CEO's, there is a discrepancy between types of businesses and the level formality their directors emanate, a precedent set by Apple's founder Steve Jobs in his nominative black turtle neck and jeans combo.

Silicon Valley and tech start ups tend to embrace casual styles with little regard for formalities or tailoring - see Mark Zuckerberg in a staple of grey t-shirts, Spotify CEO Daniel Ek in his preferred ensemble of graphic tee, jeans and sneakers - these looks are a far cry from the wardrobe choices by those in legal, banking or political professions.

A suit and tie means business, or does it?

A suit and tie once stood for serious business, it spoke of respect and hierarchy and propagated success. Being the best dressed depicted power and sartorial one-upmanship. Even today, people prefer their politicians and bankers to dress formally in time-honoured suits (could you imagine Theresa May negotiating Brexit in yoga pants?) yet these expectations are not extended to those operating in creative professions, where a suit and tie is largely deemed "too corporate."

At Paris fashion week, buyers and designers embraced the looks of fashion and brands au courant, whereas the MD's, CEO's and investors could be seen in suits. Even at PFW, the money guys embraced old-school uniforms, uninterested in the casualisation of dressing norms, and keen to define their roles with a more conservative wardrobe style.

A shift in cultural buying habits has seen the suit outcasted as a uniform since casual codes and streetwear began to dominate the zeitgeist. Many favour comfort over style, and are happy to abandon neckties and other restrictive clothing items since corporations loosened their dress code requirements.

At Goldman Sachs, the updated dress code is officially business casual, but this spans a wide arena of possibilities, tinged with quiet expectation. Pinstripe suiting teamed with a red tie and brogues may not be necessary for Mondays at the office, where perhaps a chino, sweater and casual jacket could suffice. But client-facing and boardroom attire comes with its own rules and judgements as to what is appropriate and expected. Unless, of course, if you're Mark Zuckerberg.

Photo by The Lazy Artist Gallery from Pexels