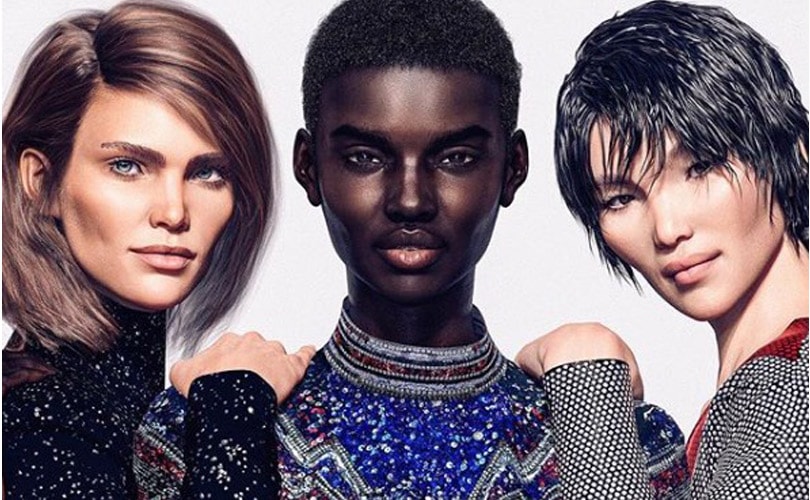 The rise of the virtual influencer

With the rise of influencers comes a new breed of virtual fashion aesthetes, complete with supermodel looks and Instagram-worthy content: welcome the computer-generated influencer.

Meet Shudu Gram, the world’s first digital supermodel. Created by British artist Cameron-James Wilson, Gram is blessed with perfect symmetry, beautiful dark skin and exquisite features. She also has over 138,000 followers at the time of writing, despite being non-existent.

Ms Gram was created as an art project by Wilson, before she became a social media sensation, modelling a lipstick by Fenty Beauty or posing for a Balmain advertisement, albeit in 3D.

Wilson told AdWeek, "Gram’s artificiality has prevented ‘innumerable' fashion and beauty brands from trying to contract her for product plugs. Wilson claims that he has yet to take money for a sponsorship, but remains open to the idea.”

Lil Miquela has 1.4 million followers, yet she doesn’t exist

Shudu Gram still has a way to go if she is to reach the status of virtual influencer Lil Miquela, who has over 1,4m followers on Instagram since she debuted in April 2016. Miquela has even graced the cover of notable publications including Highsnobiety and 032c.

Beca Alexander, co-founder and president of influencer agency Socialite, told AdWeek she has been approached by several fashion, beauty, lifestyle and travel brands about creating a computer-generated influencer that they would then own and exploit or contract with a desk. “In some ways it is an ideal scenario for brands: they get the value of an influencer with none of the headaches that often occur when working with maintenance-free celebrities and inexperienced teenagers."

"The artificial personalities are able to attract eyeballs by unifying in essence the most attractive characteristics of the real influencers: idealized attractiveness, a hip sense of fashion and perhaps a tendency to drama."

Digital fashionistas and virtual influencers are part of a bigger marketing tool that has mommy bloggers and pet influencers reach the heights of social media status, accruing tens of thousands of followers and sponsorship deals. According to marketing website The Drum, influencers of all types can communicate a brand's values and relay information in an approachable style. “Social media offers a mostly level playing field where everyone has the chance to share a voice. So why not custom-build the next champion for your brand?”