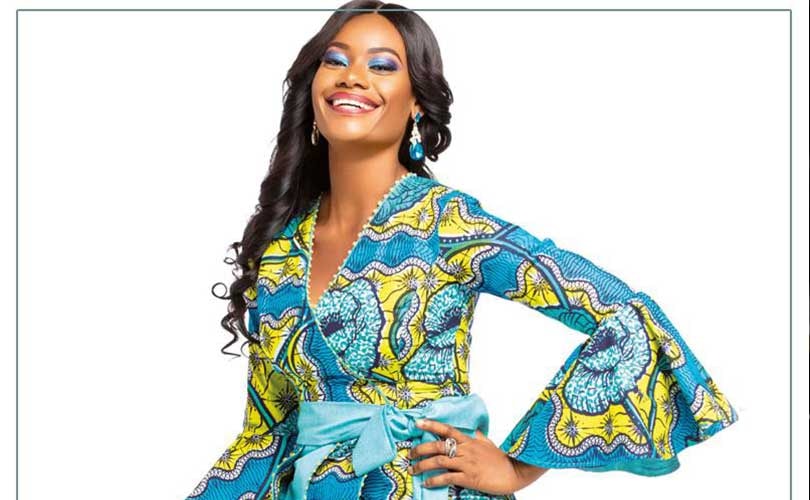 Uniwax: After a collaboration with Dior, the company is pursuing its international ambitions

For half a century, Uniwax has made its mark as one of the main manufacturers of the famous wax print. In West Africa and more specifically in Ivory Coast, this brand is among the leaders. In April 2019, Uniwax made its debut in the luxury fashion world by collaborating with Dior. At the cruise collection 2020 show in Marrakesh, the famous house presented its ready-to-wear collection showcasing wax print fabrics with designs created and fabrics produced by Uniwax in its factory in Ivory Coast.

To find out more, FashionUnited spoke with Jean-Louis Menudier, the CEO of Uniwax, in a meeting at the company’s office in Yopougon, a suburb of Abidjan in Ivory Coast. 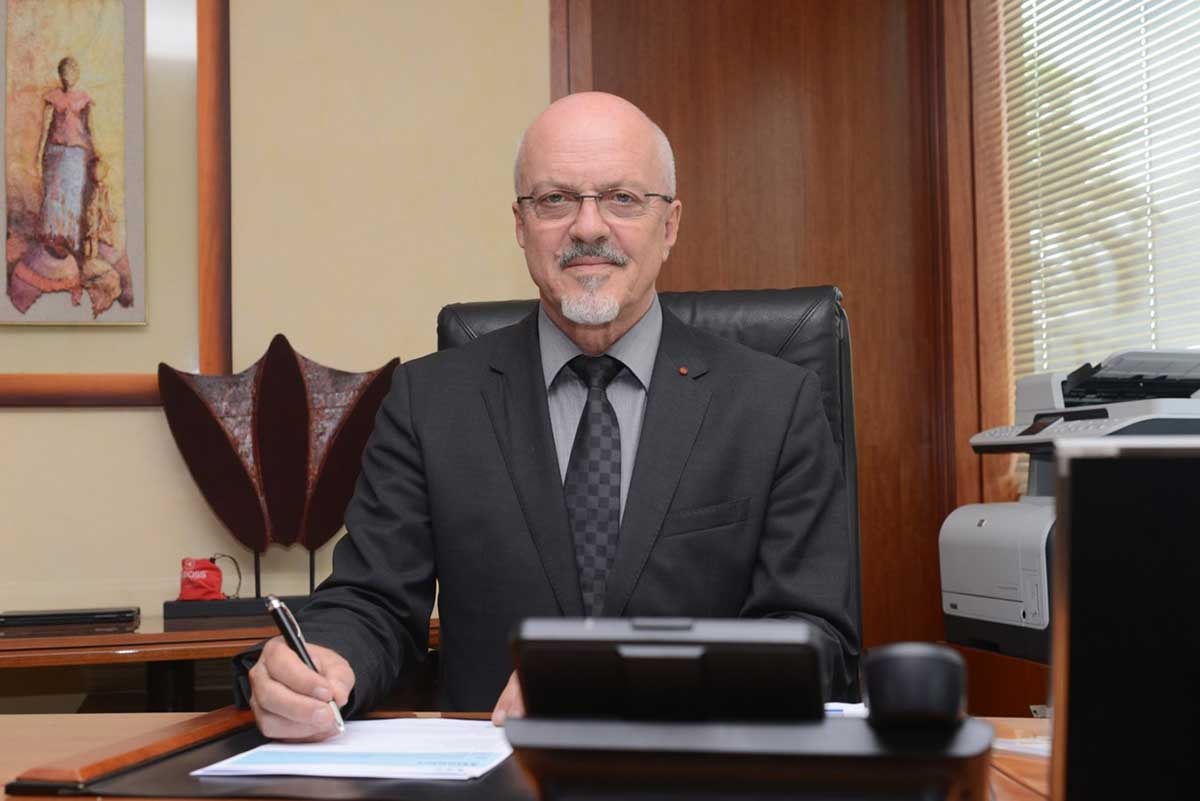 When and how were you contacted by Dior?

The connection was made thanks to anthropologist, Anne Grosfilley, who published a study on the history of wax prints in Africa. We know her well since she visited Uniwax at the end of the 90’s. She also lived a long time in Togo, where she continued writing this book on wax prints (Wax & Co : anthologie des tissus imprimés d'Afrique [Anthology of African printed fabrics], NDLR) and this is where the story begins.

Maria Grazia Chiuri, Dior’s Artistic Director, became interested in this study and wanted to include wax prints in her creations. So Anne Grosfilley told her that Uniwax would be the best place for producing quality wax prints, firstly because we observe the traditional process of producing the wax prints and secondly because we use African cotton, processed in Africa. What is more, we are a very flexible company, so we would be able to respond very quickly and easily to special requirements, like the one from Dior.

How did the collaboration happen?

Things happened very fast. The Dior team came here for a meeting in February 2019 and the collection was presented at the end of April that same year. We created 42 designs in line with the brief and their very detailed instructions. In particular, we worked on the Tarot cards and Jouy fabrics which are the property of the house of Dior. We modified them to make them into wax print fabrics. It was a great collaboration, a great alliance between Europe and Africa.

Will you continue to collaborate with Dior?

Only time will tell. We have already carried out another project with Dior since this first collaboration. We have created a personalised fabric (pagne) for a famous Italian artist to wear during his summer concert tour.

We have had other collaborations with international brands but not on this scale. We have collaborated with Eastpak on two collections of rucksacks for instance.

How does Uniwax respond to competition and counterfeiting?

To deal with the huge volume of copies originating mainly from China, we act in a very simple manner. Our strategy is to design more quickly than the copier can copy! We also take action on communication by directly addressing our target audience. We regularly present new collections, we have a fashion magazine to support these new designs etc... Our communication emphasises the new rather than the traditional side and that works well. The proof is that in the last five years, demand has exceeded supply.

This strong demand can also be explained by the fact that wax prints have been given heavy media coverage in recent years. Do you sense this with your clientele?

Obviously we participate in this media coverage as well via our own fashion magazines. At one point, we targeted young people in our communication so as to make them aware of this new product made in Africa. We wanted to show that wax prints can be worn every day and by young people. Up to that point, the major designers used only skinny professional models for their shows, for photoshoots etc... We chose to photograph ordinary people, ordinary men and women. We started this strategy in 2008 and over the years we have seen the first young people going out, even to nightclubs, in wax print outfits. The trend then grew and I believe that we contributed to it.

Don’t you think it will go out of fashion at some point?

No, it will last since the image and the values associated with this trend are only getting stronger over time. We are moving increasingly towards fabrics made entirely by us, with African cotton, soon to be entirely spun and woven in Africa. Today we are at 35 percent and in two or three years we envisage reaching one hundred percent. I think that all the values associated with the brand will contribute to reinforcing this image among consumers.

In what way is Uniwax operating eco-responsibly?

We have started installing a biomass boiler to produce our steam, which is the main energy source used in the industrial process. We use no fuel oil, little gas etc. but mainly biomass and we are pioneers in this regard. The second phase of our commitment will consist of recycling 95 percent of the water used in our processes and the remaining five percent will be totally offset. Lastly, we envisage fitting solar panels on all the roofs of the Uniwax factory so as to generate our daily electrical energy. We are fully committed to an ecological and eco-responsible approach. 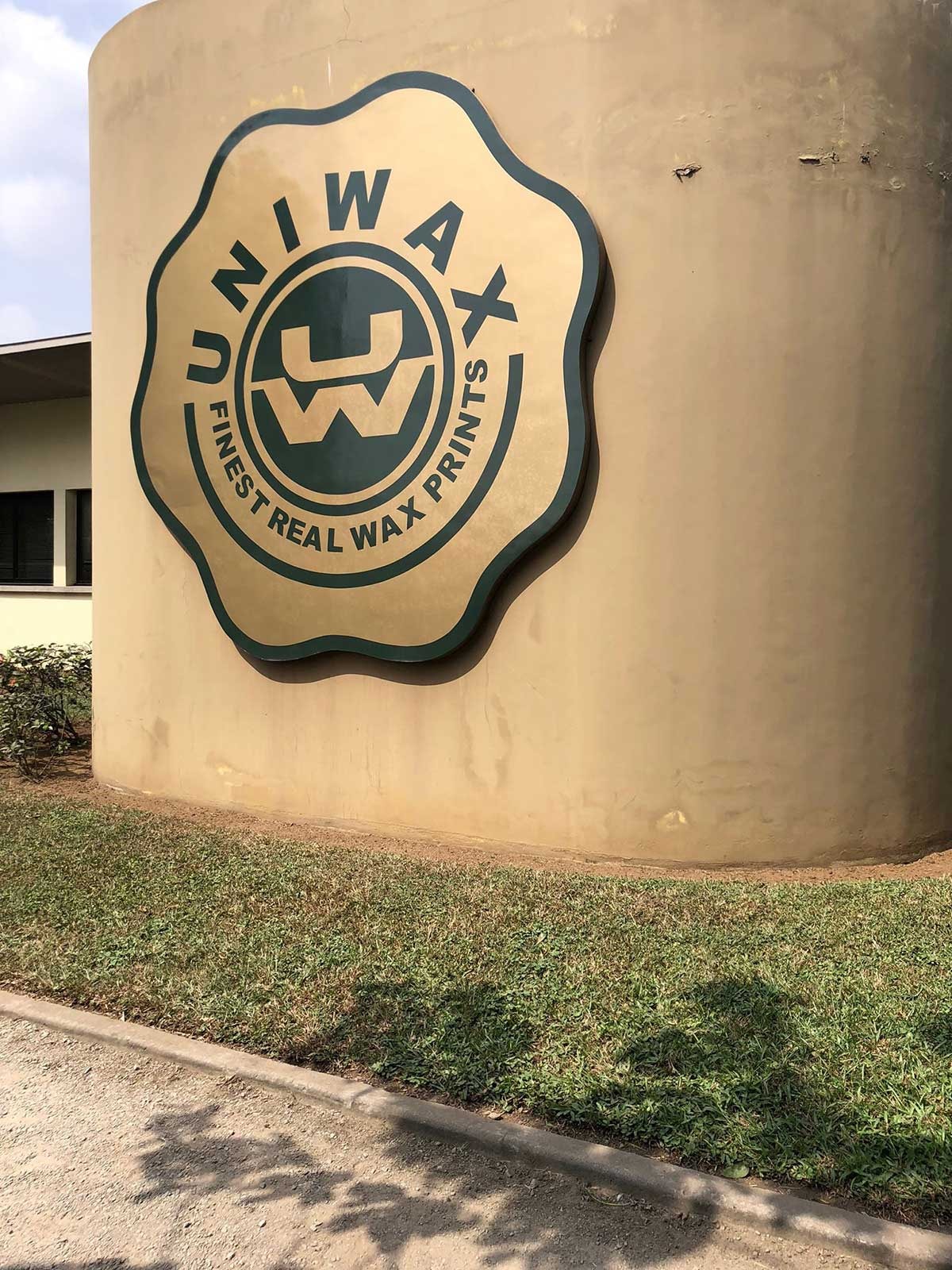 You recently launched your sales website. How is it going?

We launched it in March 2019 and we are very much at the start of this adventure. We did not want to take the risk of launching the website both at an international level and at the sub-region level. We concentrated entirely on Abidjan. Of course, the website is available in French and English but delivery occurs at collection points and only in our shops in Abidjan. For the moment, our made to order fabrics are the only product available for sale on our website. Customers choose from a collection of designs, they choose the colours and they can further personalise their orders by adding to them up to five different high-definition photos. The fabric, which is at least 180 cm, is available five days later.

We tested this for over ten months and we intend to develop our product range very quickly. We are in the process of finalising the extension to our website to make it available internationally with delivery all over the world. Keep in mind that in Africa it is extremely difficult to make door-to-door deliveries as is done in Europe. We are seeing start-ups that are trying to establish themselves in this market but for the moment I do not think that this is working very well. As soon as this service is available, we will make use of it.

How big is online turnover currently?

Turnover remains confidential for the moment. It is not very high yet. We will be expanding the sale of made to order fabrics very quickly and adding other products. The next goal is to offer more payment methods so as to improve this range of services.

Wax prints have recently been the victim of sharp criticism on social networks. People object to wax prints for not being African. How do you respond to these attacks?

I’ve seen numerous attacks... If one had to define wax prints today, I think it must first be remembered that they are of Indonesian origin, like batik, and they’ve never claimed an African origin. They are originally a hand-made product and they are still being made in the same way in Indonesia these days. The first company to industrialise the production of wax fabrics was Vlisco in the Netherlands. This brand continues to be a producer of wax prints of the highest quality to this day.

When I read these comments, especially those attacking Europeans and in particular the Dutch, I find them ridiculous. To talk about wax prints, you also have to look at the commercial aspect. In fact, it’s important to keep in mind that wax prints have, since the very start, been bought and used by Africans. Then they became a product sold by African women on the continent and today, after being completely accepted in Africa, they are in the process of becoming a global product although of Indonesian origin.

So are the critics of wax prints attacking the wrong industry?

I don’t really understand what these critics are trying to achieve by their attacks. I don't see how wax prints upset the production of bogolans, traditional woven pagnes etc. Everyone is entitled to their place in the market and it’s up to designers to promote products that they like to work with, that they like transforming to make clothing or decoration etc. with them.

We are going to try to get even more in tune with demand and consumers’ expectations. We are going to continue investing in enlarging our production capacity and improving the quality of our products by installing the very latest technology. We also want to diversify our product range and markets and to develop our e-business this year.

How did you come to be at Uniwax?

Before becoming an Ivorian by adoption, I was originally French. I was born in the Vosges and after studying fabrics, which are well developed in Epinal in my region of birth, I was a Fabrics Technical Consultant in Yemen for a year and a half. Then I obtained a private contract in Yemen for the preparation of the installation of an underwear factory. I returned to France for two years, where I worked as the Technical Director for a small company in Alsace, then as the principal lecturer of a fabrics college in the Lyon region and I went off to Africa in 1983, where I worked for seven years in Zaire, then in Senegal for three years and lastly I came to Uniwax, which I have been managing for 26 years.

This article was previously published on FashionUnited France