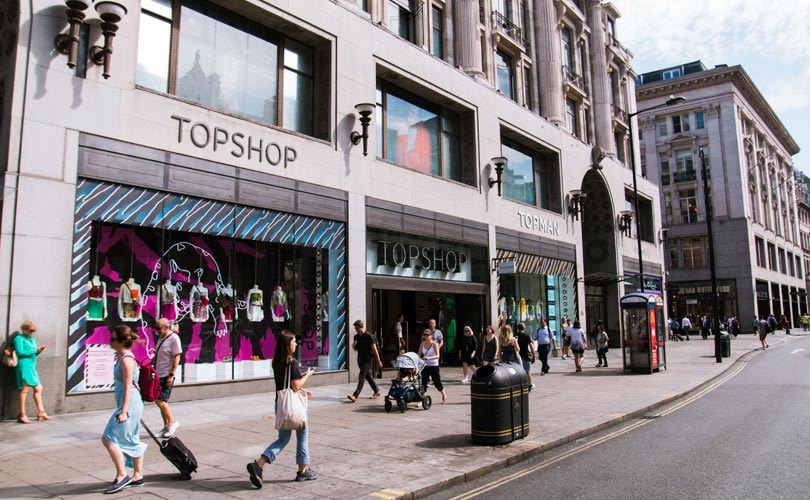 Arcadia Group no longer king of the high street

The Arcadia Group is in trouble. Just how deep remains speculative, but the company has sent out warning signals it needs to cut costs as it battles a very challenging UK retail market.

The retail empire owned by Sir Philip Green is focused on a restructuring plan to boost business, which has seen lacklustre sales across its portfolio brands, including numerous store closures at Topshop, Miss Selfridge, Dorothy Perkins, Wallis and Evans.

In a statement the company said it was "exploring options" as it faces "an exceptionally challenging retail market" in the UK. Job cuts and store closures are likely, but they would not be "significant", Arcadia insisted.

The BBC reported Sir Philip was considering a company voluntary arrangement (CVA), a form of insolvency that would enable him to seek rent cuts and close unwanted stores. Arcadia said that it was issuing its statement in response to media speculation, but made no mention about a CVA nor potential sales.

"Within an exceptionally challenging retail market and given the continued pressures that are specific to the UK high street we are exploring several options to enable the business to operate in a more efficient manner," Arcadia said. "None of the options being explored involve a significant number of redundancies or store closures. The business continues to operate as usual including all payments being made to suppliers as normal," it added.

News that one of the UK's biggest fashion retail groups is struggling comes after a string of High Street names hit financial trouble, said the BBC. Debenhams, New Look, Mothercare, House of Fraser, HMV and LK Bennett are among a roll-call of retailers hit by weak consumer confidence, higher costs, and the growth of online rivals.

Topshop is no longer the king of the high street

Topshop, once the king of high street fashion, lost its crown long before Arcadia stated it needs to restructure its business. The company saw group turnover fall by 113 million pounds last year, a loss of 5.6 percent. Young, savvy shoppers, are no longer queueing up for Topshop's latest drops, and have migrated to more Instagram favoured brands and stores, including price sensitive retailers Boohoo and Misguided. Sales at Arcadia's other retailers including Wallis and Evans have been dented even further.

Sir Philip himself has consistently been the centre of controversy for over three years, starting with the 2016 BHS pension scandal to the more current allegations of bullying, sexual harassment and other inappropriate behaviour.

In January it was reported Arcadia hired advisers at Deloitte to explore a restructuring, prompted by a decline in sales and profits. The news comes just weeks after Baroness Karren Brady resigned from Arcadia's parent company Taveta, following the emergence of harassment allegations against Sir Philip.